Manchester United Transfers: Could Former Winger Be The Key?

Fans look to Wilfried Zaha and Memphis as potential transfer targets with 45% preferring the Dutchman.

The saying ‘you should never go back’ is one that’s often bandied about in the football world and rightly so when you look at some of the disastrous returns to former clubs players have been involved in.

When Geordie hero Alan Shearer went back to Newcastle United as manager following a Roy of the Rovers-esque career there as a player he promptly oversaw one of the worst managerial reigns in Premier League history that saw the club relegated.

When Kaka enjoyed a heroes return to the San Siro with AC Milan, Italian journalists were falling over themselves to proclaim the prodigal son would reignite the Rossoneri to former glories. One trophyless season later and he was off to the dizzy heights of the MLS after terminating his contract with the Italian giants a year earlier than planned.

Of course there are exceptions to the rule, Nemanja Matic and Didier Drogba both enjoyed title-winning success when they returned to Stamford Bridge. United’s very own Mark Hughes won a skip full of trophies when he came back to Old Trafford, following a disastrous move to Barcelona – and a less grim stint at Bayern Munich.

It’s perhaps with Hughes in mind many United fans are of the opinion that the Reds could do far worse than look to former players who’ve gone on to shine since leaving Old Trafford as a means of rekindling former glories. 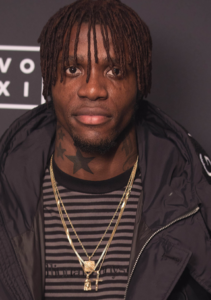 Anyone visiting United-centric social media over the past few months can’t help but have noticed a growing clamour for certain young ostentatious wingers to return to the club, with the number of those in favour of seeing the likes of Wilfried Zaha and Memphis growing larger by the day.

Both Zaha and Memphis struggled at Old Trafford for a number of reasons ranging from managers who didn’t know how to get the best from them, homesickness, a vindictive British media, silly distracting internet rumours and making a leap from a modest club to the biggest on the planet.

There’s a case to be made that the 26 year-old Zaha and 24 year-old Memphis are far more able to deal with the pressures of a big money move to Old Trafford than their 21 year-old and 20 year-old selves were.

Zaha has shone at Selhurst Park since returning there – another example of how ‘going back’ isn’t always a terrible idea- almost single-handedly keeping the Eagles in the Premier League for the past few seasons.

Memphis has been nothing short of a revelation at Lyon since his move there from United in 2016, managing 22 goals in all competitions during the last campaign and putting in a mesmerising performance against Manchester City in this season’s Champions League.

It’s no wonder that with both Zaha and Memphis showing the type of form that made United buy them in the first place, many Reds are now wondering whether bringing them back to Old Trafford wouldn’t be a bad idea.

A recent RedArmyBet poll showed the majority of fans who voted preferred Memphis to his slightly older fellow winger as an option for Jose to look at. Almost a thousand people voted and the results were roughly four votes for Memphis for every three that went for Zaha – with a quarter of United fans wanting neither.

So could Memphis, a player who struggled for over a year at United, be the answer to the Reds’ attacking problems?

With Anthony Martial the only attacking player who’s truly shone for United this season, there’s every reason to believe another winger – could make a difference.

The main issue for Memphis, isn’t that he’s already been at United and failed – after all, he’s a few years older now which may give him the maturity to handle the move in a much better fashion. The problem stems more from a positional point of view, many of Memphis’s goals come from the left side of attack – the one area on the pitch United don’t need to worry about, it’s Martial’s domain and rightly so.

Should Jose decide to buy the Lyon attacker, after all there’s undoubtedly some form of buy back clause, then he could move Martial to a more central role, or he could play Memphis there. The problem is you’d then have Martial, Memphis, Marcus Rashford and Alexis Sanchez who’d all prefer to play on the left side, and who all arguably play better there than anywhere else on the pitch.

Anthony Martial AND Marcus Rashford both to score vs Crystal Palace was 5.50 now 6.00 with RedArmyBet

Zaha, who’s the less preferred choice among fans is capable of playing on the right and is very effective there and like Memphis has matured since his time at Old Trafford and is likely to be able to handle it better now that when he was at the club under David Moyes –  a manager who simply didn’t believe in him.

While most fans prefer Memphis, who continues to shine both in the French League and in Europe, it’s actually Zaha who this writer feels Mourinho should be looking to bring back to the club. Yes, like Memphis, Martial and Rashford he prefers playing on the left where he can cut in, but unlike the aforementioned attackers, he can be highly effective on the right hand side, he’d just be expected to be more of a provider for his team mates, something we’ve seen him do at Palace on a weekly basis.

‘Going back’ may not be the traditional ‘United way’ but then again neither is finishing outside the top four and being mid-table in November, drastic times call for drastic measures and a returning, exciting winger, be it Memphis or Zaha could be the key.

RedArmyBet are the only bookmakers that promises to share 50% of net profits directly with United fans.