RedArmyBet takes a look at this week's 2019 Rome Masters with the latest preview, betting tips and enhanced odds.

The third and final clay court Masters of the season before the players head to Paris for the French Open. The Faro Italico is where the event is held and the outdoor courts here seem to be getting slower by the year, while with the chance of thunderstorms too, it could well be especially leisurely through the dirt.

Like Madrid, it isn’t a great tournament in terms of qualifiers going well, with only one making it past the third round in the last nine years.

A winning week for Novak Djokovic in Madrid, where played just eight sets, has left him fresh for this back-to-back Masters week.

That was helped by Marin Cilic pulling out of their quarter-final clash with food poisoning, but nonetheless he still didn’t drop a set the whole tournament, as he beat Taylor Fritz, Jeremy Chardy, Dominic Thiem and Stefanos Tsitsipas.

He has a great record in Rome too having made the final here eight times since 2008, while only Rafa Nadal could get the better of him last year in the semis.

That puts him in a very good position to put a real marker down on the rest of the tour before heading to Roland Garros, where he’s aiming to hold all four Grand Slam titles for a second time in his remarkable career.

The defending champion, Rafael Nadal, has had a torrid time this clay court swing by his lofty standards, having lost in the semis at Monte-Carlo, Barcelona and Madrid.

The last time he failed to win any of those titles was back in 2015 (where injury played a major role), while before that you have to go as far back as 2004, such has been his dominance.

In fact, couple that poor form with the likelihood of the rain nullifying his topspin game and it could well be another nearly week for the Spaniard, especially with him having only won once here since the start of 2014.

Nadal to win the competition at 2.25*

Roger Federer will be relatively happy with his return to the red surface. He was only one point away from beating clay court specialist Dominic Thiem to reach the semis in Madrid, and the time on court puts him in good stead for this week.

The sower conditions here haven’t always been in his favour, with a career record 31 wins from his 47 matches at Foro Italico, though that could easily improve with a favourable draw this week. 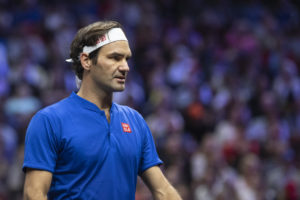 One player who does have a good record in the Italian capital is Alexander Zverev. Winner in 2017 and runner-up last year, he has the best recent form here of any other players on the tour, though his performances in 2019 are of real concern.

It was another impressive clay court run for Dominic Thiem in Madrid last week. He beat both Fabio Fognini and Roger Federer in the third round and quarters respectively, while the eventual champion Novak Djokovic was only able to overcome him in two tie-breaker sets.

In fact, the Austrian went a brake up in each of those sets, as he continues to illustrate his quality on this surface.

The top-half of the draw looks favourable for Djokovic, with his main competitors being Juan Martin Del Potro, Daniil Medvedev, Stan Wawrinka and Nick Kyrgios – none of which he’d have to face until the quarters anyway.

Indeed, Del Potro is lacking any match practice, Medvedev is believed to have a slight injury and faces the erratic Kyrgios in his opener, and finally, 34-year-old Wawrinka’s potential route looks to be the hardest of this quarter (R1 – David Goffin, R2 – Del Potro, R3 – Daniil Medvedev & QF – Novak Djokovic). 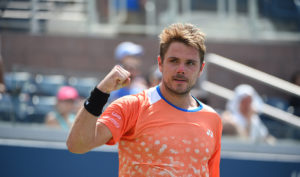 Any quarter with the out of form Zverev in, is always going to be of interest. The likes of Marin Cilic, Guido Pella and Kei Nishikori join the German and although this is a tournament he enjoys, we’re happy to take him on given his W18-L10 record so far this year. 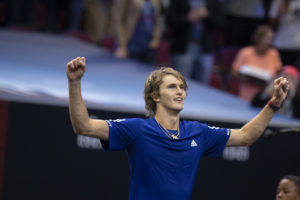 It’s hard to imagine the winner of this section not having to face either Nadal or Thiem in a semi-final, which automatically means we’d require a bigger price to get behind.

The players that look of any interest are Fabio Fognini, Roger Federer and Stefanos Tsitsipas. The latter could be fatigued following his gruelling runner-up spot last week in Spain, so we believe it’s effectively a straight shootout between the other two.

Interestingly, only one player (Alexander Zverev) in the last 15 years has made the final here without having previously contested a Grand Slam final, and so although it’s Fognini’s home tournament, we’re happy to avoid. Instead, we’ll have a small wager on the 20-time Grand Slam winner, who will only improve form last week. 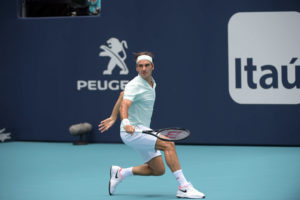 Two of the three tournament favourites reside in this final quarter, and so it looks one worth avoiding. It’s hard to see anything but a Thiem vs. Nadal quarter-final, though Karen Khachanov is a potential danger to the Austrian in the third round, while Nikoloz Basilashvili could surprise Rafa at the same stage.

Indeed, the ‘King of Clay’ has reached just two finals at Foro Italico in the last five years and this is a quarter to leave alone this week. 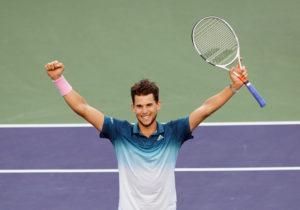