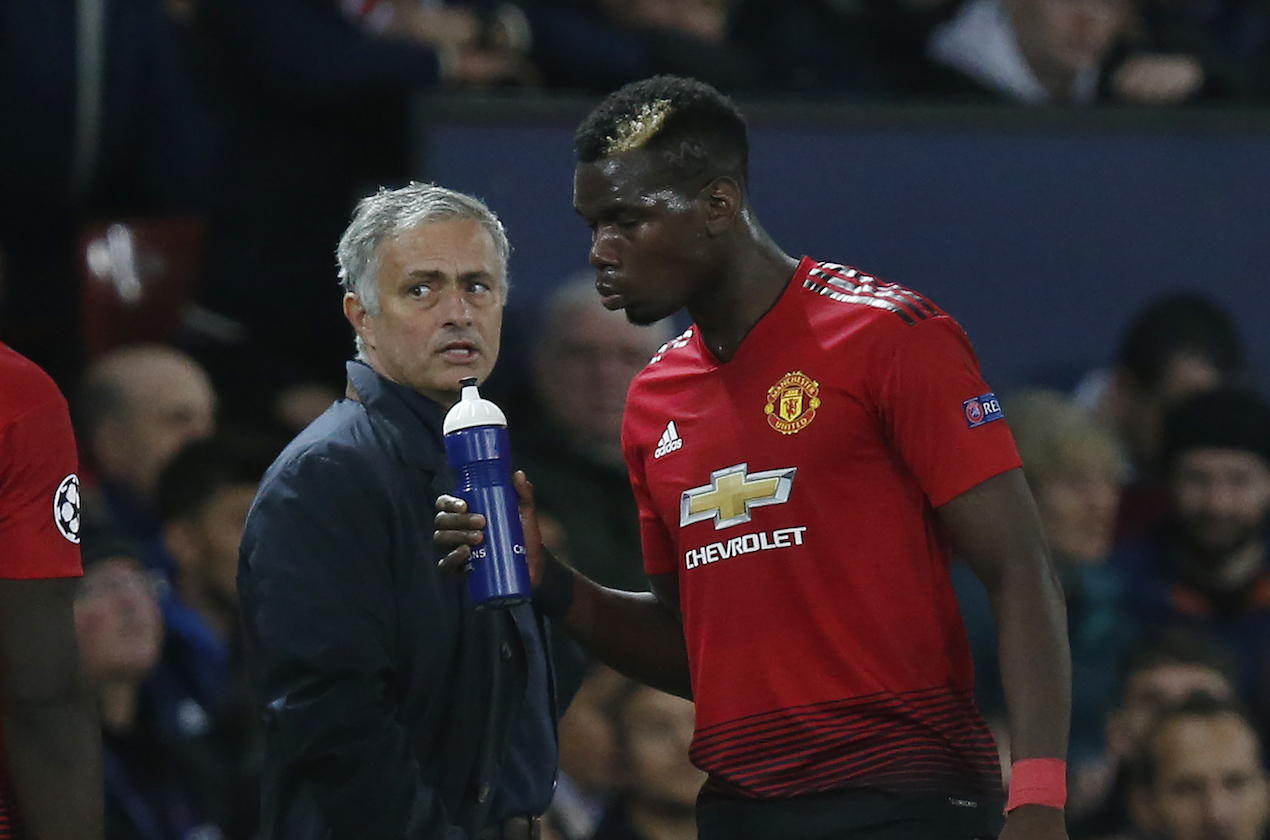 Arsenal arrive at Old Trafford on Wednesday night riding a 19-game winning streak, with the second-highest goals return in the Premier League – behind only leaders Manchester City – and fresh off the back of a resounding 4-2 victory over north London rivals Tottenham Hotspur at the weekend.

Manchester United, on the other hand, are without a league win in their last three fixtures, occupy a lowly seventh place in the table, and have a negative goal difference.

The Red Devils season has already taken on a completely different complexion to that of their visitors, with growing angst inside the dressing room and every positive result, thus far, proving to be a false dawn.

All of this isn’t to say Jose Mourinho’s men cannot get the better of the Gunners at Old Trafford, though. In fact, despite Unai Emery’s side’s superlative recent form and unbeaten record stretching back to mid-August, they have some significant weaknesses United can exploit.

Here, we examine three areas in which the 20-time champions can enjoy some success against Arsenal on Wednesday night.

Arsenal’s resurgence post-Arsene Wenger is largely owed to the way Emery has got the Gunners firing in attack, averaging 2.29 goals per game in the Premier League.

They are less assured at the back, though, with their 18 goals shipped the most of the top five sides. 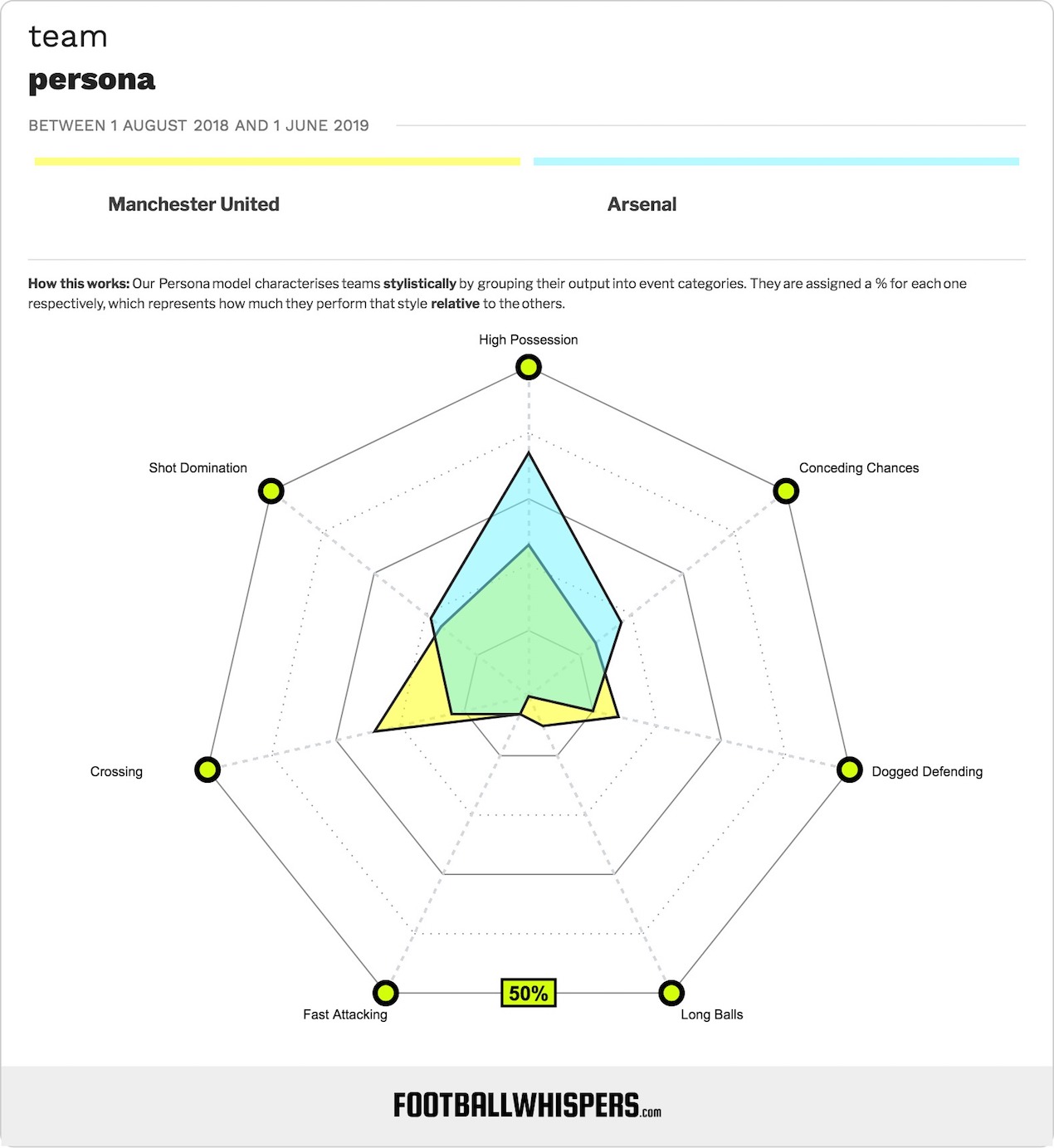 United are 2.40 with RedArmyBet to beat Arsenal at Old Trafford*

Even though United have conceded 23, their expected goals against – a way of measuring the quality of chances a team concedes – is 21.33 to Arsenal’s 19.04, which demonstrates the the Gunners are not a great deal stronger than United in what is perceived as an area of weakness for Mourinho’s side.

With Laurent Koscielny out with a long-term injury, which caused him to miss World Cup glory with France over the summer, Arsenal lack a top-class central defender.

Sokratis Papastathopoulos was signed from Borussia Dortmund during the last transfer window and the 30-year-old offers experience and leadership, but the Greek is prone to positional lapses and struggles against quick strikers able to turn him.

His partner, the German Shkodran Mustafi, is, most of the time, a perfectly good Premier League centre-back. However, the former Valencia man is far too error-prone; an otherwise solid display is often soured by a costly loss of concentration.

In order to expose the Gunners’ central defensive duo, United need Romelu Lukaku, who scored his first goal in 12 games at the weekend, at his best. The Belgian must pressure the Arsenal pair when they have the ball and utilise his pace in behind when United attack.

A mysterious back injury kept Mesut Ozil out of the picture for the north London derby at the weekend and could again preclude the German playmaker’s involvement at Old Trafford.

However, if Ozil does play, United should look to apply pressure to the former Real Madrid man and deny him the space he requires to thrive.Emery has shown that he isn’t afraid to drop the enigmatic creator, in recognition that his contribution doesn’t always justify selection. Familiar with Ozil from their time together at the Bernabeu, Mourinho will be well aware of the World Cup winner’s limitations and will know the employ of a tenacious midfielder – such as Ander Herrera – in a man-marking role can negate his influence.

United are 7.00 with RedArmy Bet for a top-four Premier League finish this season*

Arsenal’s strength this season has, at times, also been their weakness. Their willingness to commit numbers forward in search of goals has seen them exposed at the back when play breaks down.

Mourinho is a master of counter-attacking tactics and could see his side expose their visitors with rapid transitions.

For this, United must stock their flanks with pace, perhaps starting Anthony Martial and Marcus Rashford out wide, while the presence of Paul Pogba – whom Mourinho labelled a “virus” for his abject display against Southampton at the weekend – gives them a player capable of turning defence into attack with slick, fast forward passes.