We've picked out three of the most promising Old Trafford prospects

As the transfer window closed, Manchester United’s summer business was ended with just three incomings, and only one of which – midfielder Fred – considered an immediate first-team option.

Manager Jose Mourinho was obviously frustrated not to have welcomed more arrivals, but the Portuguese must now focus on getting the best of the players at his disposal.

That could mean utilising young hopefuls. United have a long and proud history of developing promising youngsters into established stars, and our friends at Football Whispers have picked out three budding talents who could light up Old Trafford this season. 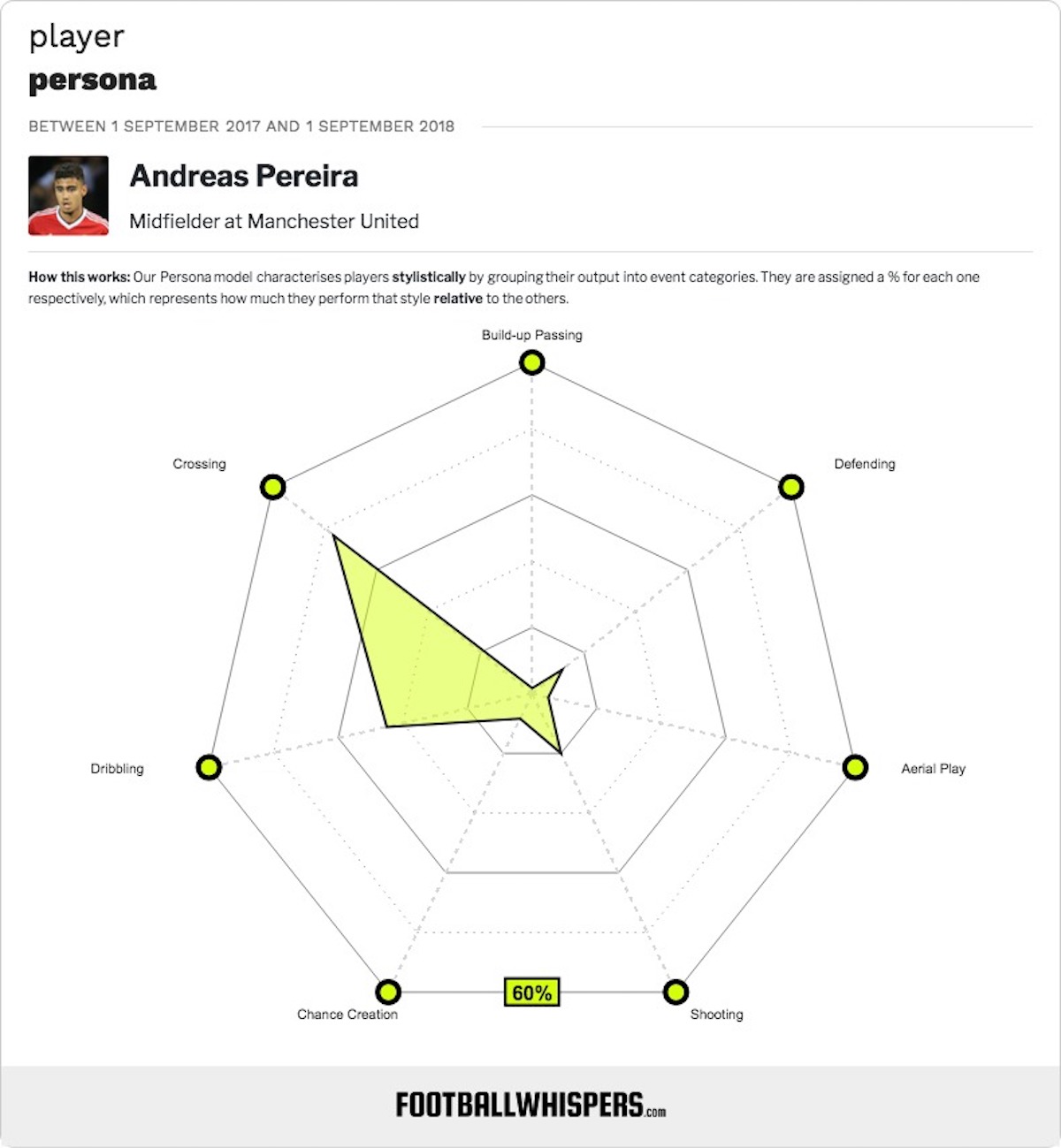 The Belgium-born Brazil youth international had impressed in Spain the year before with struggling Granada, but Mourinho wanted to retain the youngster and make use of him as a first-team squad player.

Pereira thought his development would be better served by a loan to the Mestalla, where the 1076 minutes he accumulated in the Spanish top flight is likely more than he would be gotten with United in the Premier League – Scott McTominay, who rose through the ranks in Pereira’s absence, featured in just 629 minutes of league action, for example.

But, while his performances were solid, returning a goal and three assists, the 21-year-old spent most of his time out wide in a 4-4-2 system. At United, he is more likely to play a central role in either 4-3-3 or 4-2-3-1, so how much the Valencia loan aided his long-term Old Trafford prospects is up for debate.

However, Pereira has impressed greatly with United in pre-season, one of few positives from the club’s tour of the United States. A No.10 in his early career, the Brazilian has been operating as a deep-lying playmaker in Mourinho’s side and has thrived in the role, displaying positional intelligence, speed of feet and thought and a fine range of passing.

With Nemanja Matic and Ander Herrera set to miss United’s Premier League opener against Leicester City, Pereira will have the chance to stake a claim for regular inclusion this season.

Another player to impress on United’s US tour was 18-year-old Dutch winger Chong.

The teeager, signed from Feyenoord two years ago, has impressed in the club’s under-18 and under-23 sides since recovering from a serious knee injury that ruled him out for ten months last year.

Distinctive for his long, voluminous hair, Chong, though left-footed, is at home on the right wing, able to burst away from defenders with speed and skill and capable of scoring and creating for others.

Recipient of United’s Young Player of the Year award last season, the Red Devils would ideally bide their time with Chong. But the club’s inability to deliver Mourinho’s desired new arrival for the right wing could see the Dutchman involved at senior level this term.

Gomes has been regarded as one of the brightest prospects within United’s youth ranks for some time now. A debut in the final game of the 2016/17 season made him the first player born in 2000 to play in the Premier League, and he made a second senior outing last term, away to Yeovil in the FA Cup.

Now 18, Gomes will be hoping for more first-team opportunities this season, and he will be competing with Chong to be the youngster Mourinho turns to when looking to rotate and freshen up his attack.

United are 12/1 to win the Premier League this season*

Able to play anywhere across the second line of attack, it is Gomes’ creative skills that make his stand out as an elite prospect. Fast and with a low centre of gravity, he is a difficult player to defend against when running with the ball.

An England captain at youth level and a prolific scorer and creator for United’s academy side, some concerns have been raised in recent months that Gomes’ development has stalled somewhat, or at least slowed.

Facing a pivotal campaign, the teenager will be hoping to impress with the under-23s and earn a spot among the seniors.

Two players who won’t be impacting the United first team this season but who are still believed to have bright futures at Old Trafford are defenders Timothy Fosu-Mensah and Axel Tuanzebe.

The two 20-year-olds have been sent out on loan for the season to gain experience, with Fosu-Mensah joining promoted Fulham and Tuanzebe returning to Aston Villa, where he spent the second half last season but saw his game time restricted by injury.

*All odds are subject to change

VIDEO: What United fans need to know about Barcelona