5 problems Mourinho must solve this season

The Manchester United boss has some issues to resolve

Pre-season is supposed to be a time of hope and anticipation for what the new campaign brings; a time to welcome new signings and cast aside the dead wood; a time to be excited.

Except, for Manchester United fans this summer has increasingly been one of frustration and trepidation as expected superstar signings haven’t arrived, glaring deficiencies haven’t been addressed and Jose Mourinho has been moaning. A lot.

For the first time since the uncertainty surrounding David Moyes’ succession of Sir Alex Ferguson, it’s difficult to know what to expect from United in the Premier League this season.

Our friends at Football Whispers analyse the five main issues for Mourinho heading into the 2018/19 campaign that need to be addressed.

Give everybody something to be excited about

Mourinho’s job is not to be a circus entertainer, it’s to win football matches. But when the latter doesn’t happen consistently enough, his dour, pragmatic approach is exposed for all its reductive nature.

Quite simply, too many times last season, United were a chore to watch. Unfortunately, little has happened since May to imply this will change; the Portuguese apparently hasn’t been given the players he wants and is telling everyone about it.

For two seasons now, the United manager has been afforded patience and loyalty in the belief greatness is on the horizon. If the misery, both from him and on the field continues, he won’t find many supporters within Old Trafford left. 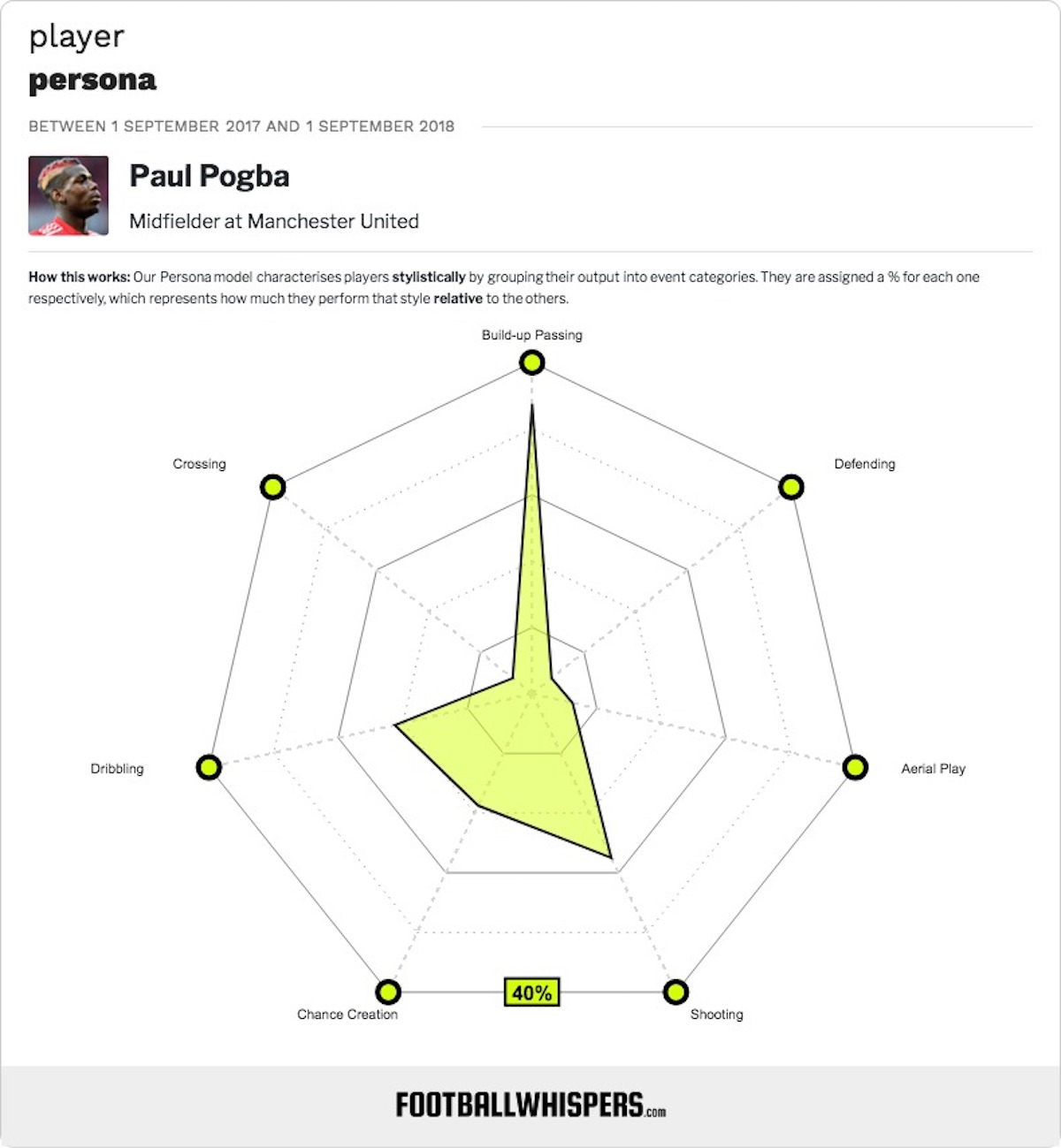 United are 7/1 to win the Premier League this season

United have one of the best centre-midfielders in the world, capable of winning football matches on his own. Except the version of Paul Pogba we saw at Russia 2018 has barely surfaced under Mourinho.

Pogba has either been constrained by Mourinho’s approach or doesn’t have the discipline to play in it. That said, his best football at Juventus and with France were under largely conservative coaches in Antonio Conte and Didier Deschamps.

With Fred and Nemanja Matic the United boss now possess a duo who provide positioning and energy, a replica of sorts to N’Golo Kante and Blaise Matuidi for Les Bleus.

It’s not perfect but, by the looks of it, is the best Mourinho is going to get but if he can’t get Pogba playing like the footballer we know he can be, it’s another damning indictment on his management.

The various iterations of United under Ferguson were defined by their centre-back partnerships – Bruce/Pallister, Stam/Johnsen, Ferdinand/Vidic. That stability was so vital in building consistency and a foundation for those ahead of them to flourish.

Mourinho as a manager has historically followed that theory but two seasons into his reign at United we’re still waiting to discover who his first-choice centre-backs are.

He used five different pairings in the Premier League last season and little has happened in pre-season to suggest anything different. Until he fixes on a solid two – and, barring any signings, the consensus is it will eventually be Victor Lindelof and Eric Bailly – it’s difficult to see United challenging for meaningful silverware.

Where is the width?

Ignoring Anthony Martial, whose days appear numbered, outside of Marcus Rashford, who is really a centre-forward, United lack any sort of meaningful penetration in wide areas.

Ashley Young at left-back continually shifts onto his favoured right foot, Antonio Valencia will be 33 soon, who knows what the future holds for Luke Shaw while Diogo Dalot cannot be expected to hit the ground running.

Until Mourinho adds some pace and line-breaking ability on the flank, they will continue to a one-dimensional and plodding attacking outfit.

The executive vice chairman is into his 11th transfer window since his appointment and the United squad remains a mess, with the fact that Mourinho’s first-choice defence on August 10 – Valencia, Jones, Smalling, Young – could be all players signed by Sir Alex Ferguson a damning indictment.

Official noodle and mattress partnerships are all well and good, but at some stage the Glazer family have to realise Woodward cannot be entrusted with forming or fulfilling a transfer policy and a director of football is needed for proper guidance and application.

Until that day, it’s just going to be more of the same muddle which is then transmitted on the field.