Manchester's favourite boxer gets ready for his world title fight. 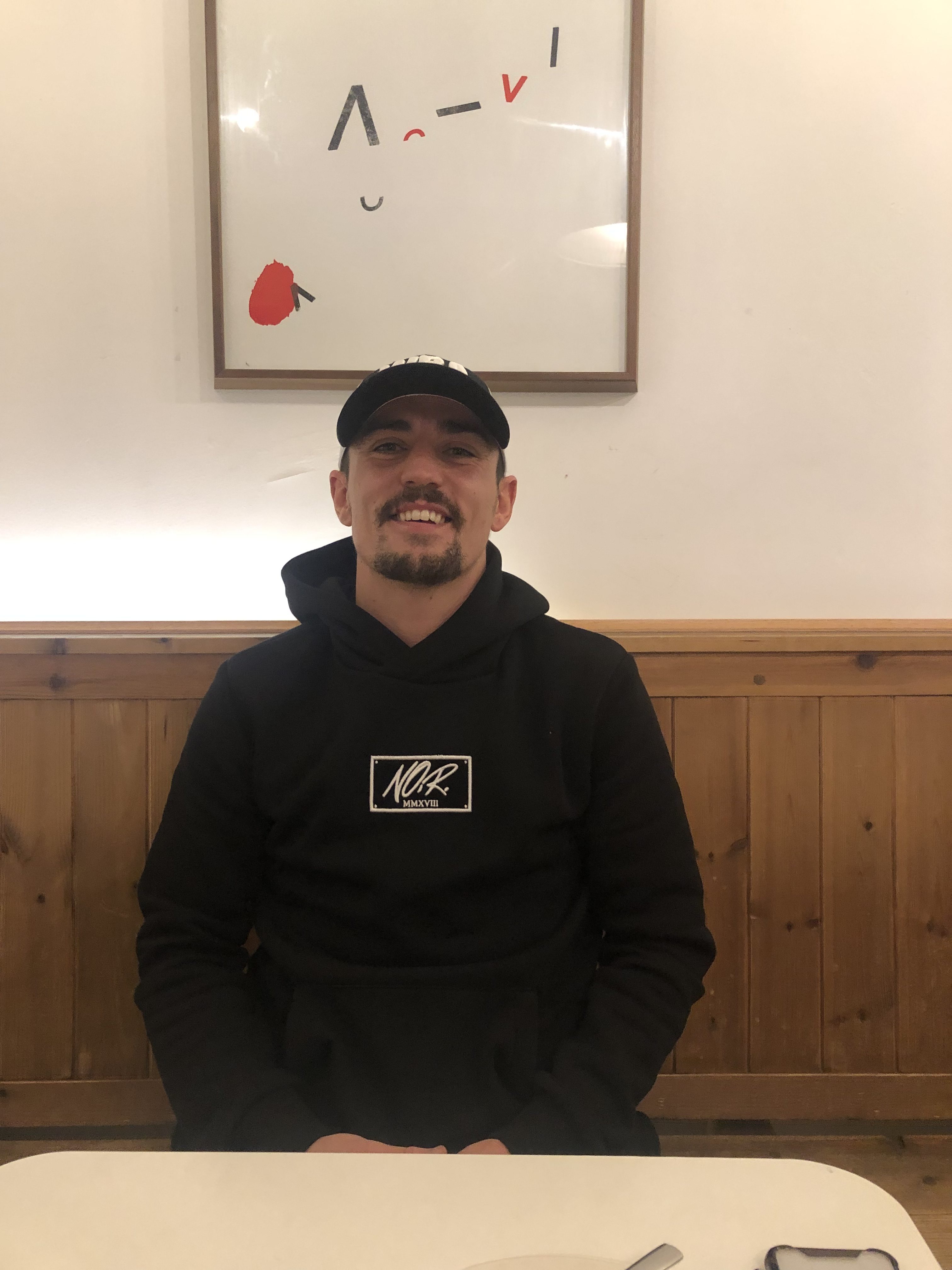 Training hard and loving it

My training is going fantastic. The fight’s just over six weeks away now isn’t it. Yes six weeks, I’m in a very good place. I’ve been in camp for a while now it’s not just been a six week camp, as I was ready for this with the possibility of the fight. Had an inkling that it might happen on that date. So yeah Los Angeles April 12th. Friday night it is me and Lomachenko go-go head to head. I cannot wait for it. Like I said training is going brilliant and I’m in a very good place and I enjoy every minute of it.

It’s been a bit of a ‘mare sorting everyone tickets who needs them and getting people into the right bracket but to be fair tickets are priced fairly reasonable.

In America the tickets they start at 50 dollars and go right through to 300 dollars and that’s proper reasonable, you can get decent tickets for hundred dollars. For those who are making the trip, I’m quite happy in that sense that it’s not a massive added cost. So I’m glad it makes it a little bit easier in that sense.

Me and Joe have been looking at Lomachenko’s last two fights at 135, two very good fighters in Linares and Pedraza. They landed, Linares was only just behind when the fight got stopped, Pedraza had great success, you can see that from Lomachenko’s face after the fight.

So yeah we’ve been studying him, but listen I’m not going to sit here and say I’ve got this over him. Lomachenko does hold advantages in almost everything but he doesn’t hold advantages in size and reach. He’s not a natural lightweight so that’s one benefit I’ve got going into the fight and we’ve seen that in his last two fights.

You will see me fight again in Manchester, regardless. The dream is to win these titles shock the world and then defend them in Manchester for one final fight before then end of the year – then sail off into the sunset. We’ll see.

The worrying thing is we’ve got three top heavyweights, Fury, Wilder, Joshua, I know we saw Fury Wilder last time out but there’s a chance we may not see any of them face off each other anytime soon. We know boxing politics each fighter’s got to look after himself financially. The heavyweight division has been struggling for a long time now and it’s finally come back to life and there’s the worry that we may not see any of them anytime soon. I know we saw Fury Wilder which was a top fight, other than the decision which was wrong. It was a great fight and we should be seeing Fury v Joshua, Joshua v Wilder even Fury v Wilder again it’s sad as it looks like it’s going to be a while before we see any of them fights. 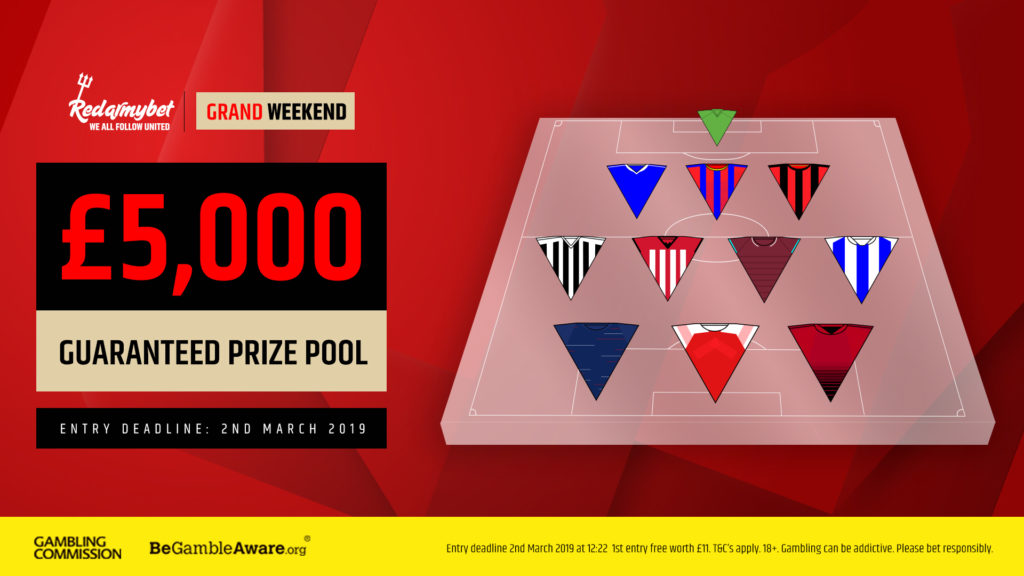 Wilder should fight Dillian Whyte, but it looks like it’s been announced Dominic Breazeale, Joshua beat him convincingly, not sure what Wilder gains from that. He may be the mandatory fighter so you have to respect the rules, they are both Olympians so you can look at it that way. I think there’s a bit of bad blood between them two. If I could pick a fight for Wilder that’s not going to be Tyson Fury or Anthony Joshua then I’d probably say Dillian Whyte but I’d probably say that about the other two as well.

AJ kept in it check with Miller really well, but I think it did rile him a little bit, you can see in interviews and press conferences when he spoke about reconstructing his face and that’s not really him. Whether it’s a game plan or not I don’t really know but it has added interest and we’ve seen the shoving at the press conference and Joshua did well to hold it down. At first I think a lot of what was said was for show, but now it seems to be real. I mean when mum’s start getting brought into it, then it’s a bit embarrassing.

When families get called it’s just disrespectful, I’ve never been into all that. AJ sells out wherever he goes and I don’t think any of that is needed for one of his fights to sell tickets.

I watched the Eubank Jr, James DeGale fight and I got it wrong before as I thought DeGale would win, even though DeGale has been on the decline but I just felt stylistically he’s a nightmare for Junior.

It wasn’t the James DeGale of a few years ago and he’s obviously realised that this week, by retiring. Before the fight I thought DeGale had the angles to cause Junior all sorts of trouble and he might come under a lot of heavy pressure late on. People underestimate DeGale’s toughness, he’s underrated in that respect. We have to give Junior credit though, DeGale looked old at times but Junior has to go in there and do his job and he’s surprised a lot of people who were watching. I don’t know how much Junior’s improved but he had tactics and he stuck to them so he deserves credit.

DeGale’s obviously announced his retirement and I don’t think he gets the credit he deserves. You know he’s a brilliant Olympian. A two-time World Champion, won a British title early on.

He’s probably not helped himself at times time but anyone who knows James knows he’s a nice lad. He might have said a few silly things. But he’s had setbacks as well, people forget the Groves fight was very close, when he lost that I remember being ringside and most people were leaning towards DeGale but when Groves got the decision not many people questioned it because James probably let himself down in the build-up. Most people were rooting for Groves.

He’s been boxing at the top level for years, the Badou Jack fight, what a fight. I think that was probably his last really big fight to be honest. He’s had a great career, Olympic Gold, British title not long after being a professional, he’s won it all, credit where it’s due. Two-time World Champion. He’s not got the credit he deserves. He’s should have enough money to be able to retire and live the life he wants. I feel it’s the right time for him to retire, I don’t believe Junior would’ve beaten James a few years ago.

No matter what he got paid, I think it will be hard for James to take the loss to Junior as there was a bit of bad blood between them but one fight shouldn’t define his career.

I want to see a third Canelo Golovkin fight, I think GGG has been unlucky not to get a decision in one of the fights. I know the first fight was a very close and was a draw but I just think over the two fights, he deserved at least one of the decisions. I definitely feel there’s unfinished business there so a would love to see a third fight, I think a lot of people would. Hopefully this DAZN deal can make it happen.

Ole at the wheel

Good times are back at United. Ole just gets United, he loves the job. Jose never quite seemed settled, living in a hotel and that sort of thing.

He had one disappointing night at PSG but you have to look at the injuries we had there as well.

In many ways Ole’s made a rod for his own back with the results he’s had but it’s great to have him at the wheel.

The transformation is unbelievable and I fancy us to win against Southampton 2-0.