Former Real Madrid boss remains one of the favourites to take over at United.

While many Reds are busy naming their children Ole Gunnar and getting the flag of Norway tattooed onto their genitalia there is still a small minority open to the idea Solskjaer may not be United manager next season.

It seems like an abominable prospect that the Unifying One could be plying his trade anywhere other than Old Trafford at the start of the next campaign, but ours is a club that appointed a man who’d never won a trophy to succeed the most successful manager in the history of association football. Anything is possible when the lunatics are well and truly running the asylum.

Appointing Solskjaer would be the obvious move and arguably the right one but that doesn’t mean it’s nailed on, not only is our club renowned for the ineptitude of its hierarchy, there’s also the consideration Solskjaer may not achieve the desired results between now and May. Regardless of how unlikely that scenario may seem as we bask in the glory of his infallibility.

Should the unthinkable happen and Norway’s finest not be handed the keys to the kingdom then the list of potential candidates, at least realistic ones isn’t that long, after all any manager who’s had even a modicum of success is usually snapped up quicker than an Arsenal away FA Cup ticket.

One name that’s not only been mentioned but also carries sufficient gravitas to not just placate the pro-Solskjaer masses but also excite them is that of former Real Madrid manager Zinedine Zidane, a manager who’s stock is as high as anyone’s on the planet.

Unlike some of his contemporaries, Zidane was an amazing footballer, so much so that he’s almost single-handedly rubbished the idea that ‘great players don’t make great managers’ – yes Pep Guardiola was a very good player, but let’s not kid ourselves and pretend he was anywhere near ZZ’s class.

A World Cup winner in 1998, bagging a brace in the final, a double Serie A winner with Juventus before picking up La Liga and Champions League wins with Real Madrid – including one of the best volleys ever witnessed in the final, cemented Zidane’s reputation as one of football’s greatest-ever midfield talents. Behind only Roy Keane, Paul Scholes and Bryan Robson. Obviously.

There was something else about Zidane the player which ingratiated him to many Reds, it wasn’t just the fact that Keane was able to put him in his pocket at the Stade De Alpi in 1999. Zidane had that edge that many Reds had seen before with the likes of Eric Cantona and George Best, the ridiculous to compliment the sublime that made them do things with a football many of us can only dream of and act in a way few of us would ever dare. 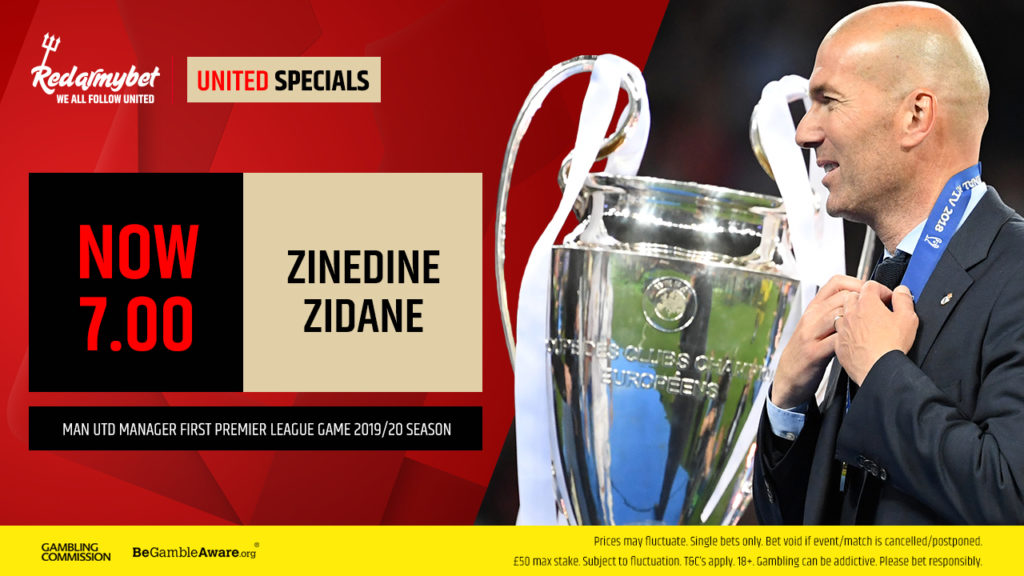 Germany 2006 was the tournament where Zidane cemented his reputation as one of the greatest players ever to kick a ball as well as one of the craziest individuals to do so as well. France’s World Cup qualifying campaign had started with a whimper, led by a manager who allowed astrology to play as big a part in his tactical thinking as ability – he was wary of playing a Leo in his defence or two Scorpios together in midfield, I sh*t you not. Raymond Domenech was saved by the return of three of France’s retirees. Zidane, Lillian Thuram and Claude Makele’s decision to come out of retirement and lead Les Bleus – many rumours persist they more or less took over training and pushed Domenech and his special brand of nonsense to the periphery – saved France’s World Cup and took them all the way to the final.

It was in Berlin with immortality just ten minutes away that Zidane broke millions of French hearts, but arguably gained more than a few more admiring Red followers bringing back memories of Cantona’s Gallic temperament, when he headbutted Marco Materazzi after the Italian had insulted his sister.

The world may not have understood, but United fans did and Zidane’s refusal to apologise was Seagulls following the trawler- esque in its stubborn brilliance. Forget winning the World Cup, forget what everyone thinks, balls to Materazzi, he took the p*ss and got what was coming to him. Non je ne regrette rien. End of. As you were, etc.

It’s not Zidane’s playing prowess that makes him an attractive prospect as United manager, after all if it was about how good a player you were, then Bryan Robson would have been handed a lifetime contract, no, it’s the huge success he’s achieved as a manager that puts him near the top of Ed Woodward’s wish list.

In just three years as ‘head coach’ at Real Madrid, Zidane took a team stuck in Barcelona’s shadow by  Rafa Benitez’s inability to truly ingratiate himself with the fans or the players and made them champions of Europe for the next three years, picking up a La Liga along the way. Even Guardiola’s Barcelona couldn’t achieve such dominance in Europe’s greatest competition.

The big question mark over Zidane remains the age old argument ‘could he do it on a wet night in Stoke?’ in other words could he manage in the Premier League? Many Reds have jumped on this as a reason to doubt his credentials, it’s all well and good dismantling the likes of Celta Vigo and Sevilla, but it’s a different kettle of fish entirely when you’re up against the steely resistance of Watford or Bournemouth’s awe-inspiring attacking excellence.

If there’s one thing recent Premier League seasons have taught us it’s that coaches from the continent can be successful, of the last five titles three of them have been won by managers who’d had less than two years managing in England, while the other two were won by managers who’d spent the brunt of the past decade abroad.

Right now anyone other than Ole Gunnar Solskjaer managing United seems like an abomination, but if he’s a three-time Champions League winning manager who favours attacking football and also happens to have been one of the greatest players ever to grace the game, would that really be such a travesty?

For all the latest United odds including special bets visit RedArmyBet.com

Rojo’s Wonderstrike Another Piece in the Defender’s Puzzle