As we head into the final weekend of Bundesliga football, RedArmyBet provides you with a treble, preview and betting tips. 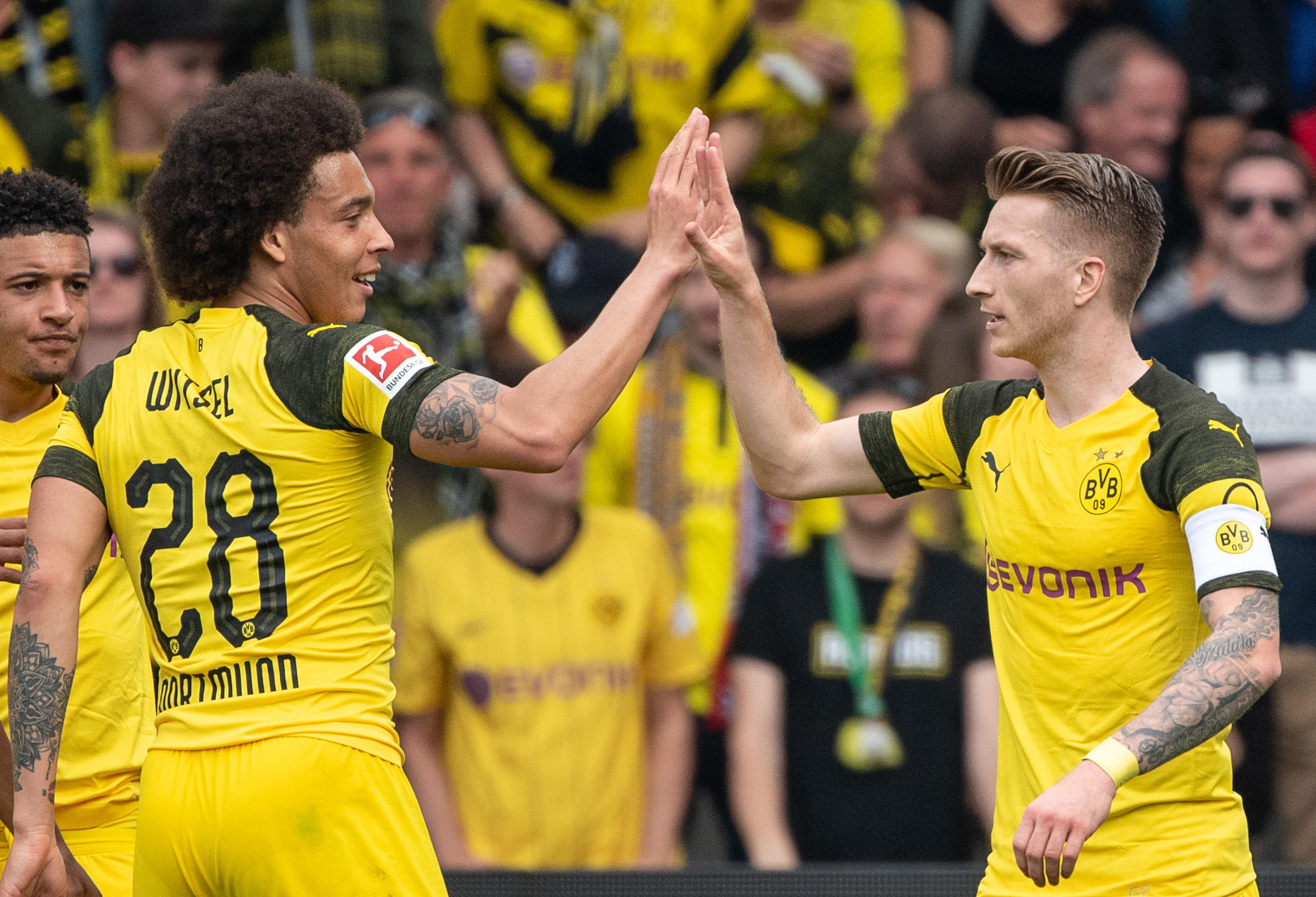 21 April 2019, Baden-Wuerttemberg, Freiburg im Breisgau: Soccer: Bundesliga, SC Freiburg - Borussia Dortmund, 30th matchday in the Black Forest Stadium. Dortmund's Axel Witsel (l) and Marco Reus clap their hands after the goal to 0:2. Photo: Sebastian Gollnow/dpa - IMPORTANT NOTE: In accordance with the requirements of the DFL Deutsche Fußball Liga or the DFB Deutscher Fußball-Bund, it is prohibited to use or have used photographs taken in the stadium and/or the match in the form of sequence images and/or video-like photo sequences.

The Bundesliga title is out of Dortmund’s hands, having lost to Schalke at the end of last month, before throwing away a two-goal advantage at Werder Bremen a fortnight ago.

That meant their victory over Dusseldorf last week still leaves them two points adrift of Bayern and probably with the harder of the two teams’ final matches. Gladbach have a position of their own to chase in Champions League football for next season, so they’re unlikely to have packed up for the summer holidays just yet.

The Foals came out the blocks quickly at the start of the season, but that form has dried up a little bit since the turn of the year. 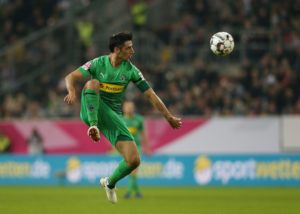 Indeed, although they won three games on the trot on returning for the second half of the season, they’ve since gone W3-D4-L6 from their 13 subsequent matches, with their only three victories in this period against the two bottom sides and Mainz.

In fact, their home form over this period has seen them lose four of seven winless fixtures, though it hasn’t been against the easiest of opposition it has to be said.

However, Dortmund are only going to be better than those sides, as they’ve been clinical against the breakaway top half of the table this season, winning 10 of their 15 outings as their only defeat came at the Allianz Arena.

Not to mention, they have their captain Marco Reus returning, who has helped them win 15% more of the 37 games he’s started for them since the start of last term, compared to the 30 that he didn’t, while the Black & Yellows have also won all seven meetings with Gladbach since 2015/16. 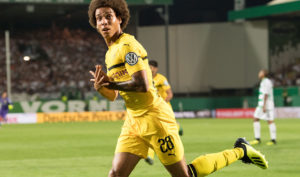 The form team in the Bundesliga at the minute is Leverkusen. They’ve won four of their last five unbeaten outings, including a 6-1 humiliation of Frankfurt just two weeks ago.

That has left them in with a chance of sneaking into the Champions League qualification spots, as although they’re equal on points with Gladbach but trail them by two goals, the Foals host title contenders Dortmund. 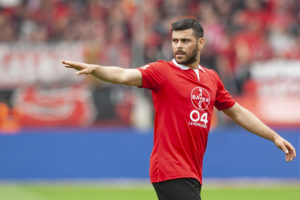 Hertha might have strung back-to-back victories together, but with those coming against strugglers Stuttgart and Augsburg, it’s hard to get too excited about that. They had in fact lost five of seven winless matches prior to those, while one of the two points garnered during that run came against 17th-placed Hannover.

Moreover, against the breakaway top half of the table, they’ve lost six of their last nine matches, including a 3-1 defeat in the reverse fixture. By contrast, Peter Bosz’s charges have won 10 of their last 11 encounters with the weaker half of the table since early December, including all five on the road as they’ve looked fairly unbeatable of late. 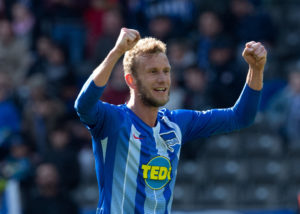 Although a long shot, Wolfsburg are still technically in with a mathematical chance of securing Champions League football for next season. Having avoided relegation in each of the last two seasons through the play-off, it is somewhat a surprise to see them fighting it out for a spot in Europe’s top tier competition in such a short turnaround.

However, although the chance is still there, they’d need some big results to go their way, not to mention the need to score a bucket load of goals themselves in order to close the three-point gap, as well as a minimum eight-goal deficit to fourth and fifth-placed Gladbach and Leverkusen respectively.

Augsburg brought in Martin Schmidt for the sole purpose of helping their relegation fears and he has delivered just that. 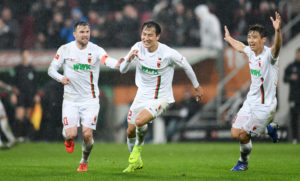 He defeated both Frankfurt and Stuttgart to relieve the pressure, although instead of their performances improving without the threat of relegation, their results have taken a turn for the worse, losing two of their three winless outings since and conceding as many as four goals in both defeats.

In fact, the visitors have been poor on the road this term, losing seven of their last 11 trips and only winning one of them.

By contrast, the Wolfsburg have won six of their 10 outings at the Volkswagen Arena since the November international break, losing just once. That defeat came against the in-form Leverkusen and so they should be a class above this Augsburg team, who don’t even have their top goalscorer Alfred Finnbogason to call upon.

Indeed, they’ve lost 11% more of their 51 matches the striker hasn’t started for them since February 2016 when he arrived at the club, compared to the 65 with him, and Wolfsburg should prove too competitive. 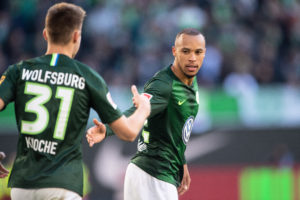