When Nemanja Matic joined United from Chelsea last summer for circa £40m I’ll admit to being a little underwhelmed. Ander Herrera had just won Player of the Year for his all action midfield performances in a pragmatic side and whilst I was and am still aware that the Basque is a limited footballer at the top level I wasn’t sure that the Serb was an enormous upgrade. In his late twenties and coming off the back of a season in which Chelsea had won the title under Antonio Conte, it had however been his least impressive year for the club and whilst his teammates had largely excelled Matic had been highly inconsistent.

As soon as the 2017/18 season kicked off against West Ham at Old Trafford, however, it became apparent that in many ways he would be a significant upgrade on Herrera. When in-form Matic is combative but also calm, an unflappable character who reads the game intelligently, is brave, disciplined and quietly leads by example. In congested midfield areas that sense of serenity is epitomised by his ability to shield the ball and turn away from an opponent in search of space or a pass like an NFL quarterback. He always wants the ball even when not playing well, something that can’t be said of all of his teammates, and it is easy to see why Jose Mourinho saw him as an important addition to the midfield. The bi-annual thunderbolt of a goal comes in handy too.

Serbia to win the World Cup is 200/1 with RedArmyBet.com

Matic is not, however, without his limitations and it is likely to be for that reason that his club manager has invested heavily to bring the dynamic, multifunctional Brazilian Fred to United. Whilst the Serb is strong and durable he lacks pace and mobility and it was notable that in games in which Mourinho found his midfield overrun – such as it was against Sevilla in the Champions League Round of 16 second leg – it was far too easy for the opposition to pass or dribble around him. When paired with a less diligent and/or equally immobile partner, as he was with Marouane Fellaini in that match, clever opponents can and have exploited that weakness. Fred should, in theory, offer the legs that Ander Herrera was able to provide at times later in the season as United moved to a three man midfield, but with more discipline and quality on the ball. Similarly he also possesses a greater passing-range and is a better dribbler than Matic.

United’s latest Serb has had a reasonably impressive World Cup to date and looks fresher than he did after Christmas in the Premier League last season, when the relentless games and his manager’s unwillingness to rest him put too much of a physical burden on the player.

In both of his nations matches in Russia he has exuded calm and class, concentrating on recycling the ball and moving it on to a more creative teammate. The second game, against Switzerland, however, proved to be a disaster for his team as a flying start and dominant first period turned into a second half collapse and Serbia suddenly find themselves almost certainly needing to beat Brazil to progress to the knockout stages. 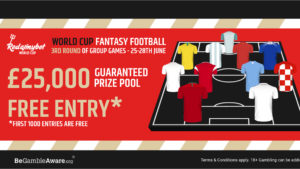 Given the nature of the defeat, courtesy of a Xherdan Shaqiri breakaway winner almost at the death which will surely have brutally knocked confidence, it is a tall order. To win the day the Serbs will have to emerge victorious from a midfield battle against players of the class of Coutinho, Paulinho and Casemiro, tame Neymar and Gabriel Jesus and be far more clinical in attacking areas than they were against Switzerland. Matic can contribute to these aims by exerting his character and class in midfield, mixing his combative talents with that unerring calm, receiving the ball in front of the back four or by dispossessing an opponent further up the pitch and moving it on intelligently to more creative teammates. If the game is drifting, he is also capable of pushing on and applying pressure, but his lack of pace and mobility would make this a high-risk move, with midfield partner Luka Milivojevic not the quickest himself. It is that lack of midfield mobility and pace throughout the side that should be of greatest concern as they prepare to face the Brazilians.

The nature of his game means that Matic is only able to be part of the Serb jigsaw. To beat the Selecao they will need Aleksander Mitrovic to be at his barnstorming best, for Sergej Milinkovic-Savic to raise his game and prove he is worth the sort of sums that Lazio are reported to be asking for a transfer this summer, for Filip Kostic and Dusan Tadic to offer technique and creativity and for the young prodigy Nikola Milenkovic to have the sort of game in defence that you’d expect from the more experienced teammates either side of him. It is a big ask, but none of the international giants have so far looked impregnable and Brazil toiled for long periods against Switzerland and Costa Rica. The pressure on the tournament favourites is, as ever, huge and for Neymar in particular it proved overwhelming after the late win and his late goal against the latter, the PSG forward dissolving into tears at the full time whistle. Serbia will hope to exploit that expectation and will require cool heads and patience. Matic possesses both, as well as quiet leadership and combative class. If he sticks to the things he does best, winning and transitioning the ball to more offensive teammates he can make a big contribution, but for the Serbs to ultimately prevail every department of their team will have to do their job to a high level. A once-every-six-month thirty yard rocket from their United midfielder might also be useful. The real surprise of the World Cup has arguably been Croatia who’ve looked dominant throughout, with rumours that Ivan Perisic remains a Jose Mourinho target, an idea our very own Jon Wilmot agrees with.

RedArmyBet is the only bookmaker that promises to share 50% of net profits with United fans. Sign up: HERE.