United's FA Cup win over Chelsea shows how OIe at the wheel is working.

The sight of Sir Alex with a smile on his face as United secured a win at Stamford Bridge was a joy to behold. Chelsea away was a fixture even the great man struggled with at times. To see his protege leave there with a win at the first time of asking, must’ve warmed his heart. It certainly warmed the travelling Reds, who were the only fans singing at the final whistle. And for much of the game if we’re being completely honest.

Ole Gunnar Solskjaer’s latest win as Manchester United manager may just be the one that hands him the job full time. Beating Cardiff and Huddersfield was important. Defeating Spurs and Arsenal, inspiring. Beating Chelsea at Stamford Bridge however, is something else entirely.

United are reaching new heights under Solskjaer and although a trip to Wolves is tricky, there’s every reason to believe the Reds can prevail. An FA Cup run which has already seen wins away at Arsenal and Chelsea can certainly see one at Molineux.

United to score vs Liverpool and United to win was 5.00 now 5.50 with RedArmyBet*

United’s 2-0 win at Chelsea was the club’s first victory at the ground since 2012. A record that’s the Reds’ worst against the top six. Last night’s win acted as a timely reminder just how difficult a hunting ground Stamford Bridge has been over the years. And just how impressive Ole’s tenure has been so far. 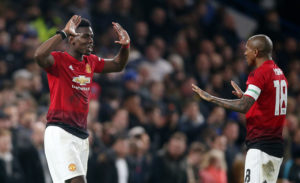 A win at Stamford Bridge was hard to come by in the past.

Against Chelsea under the old manager, Herrera was given one job. Stick to Eden Hazard like glue. Now though under the new regime, Herrera is given more to do than just shadow Belgians. He’s been encouraged to get forward and he’s loving it. Herrera’s opening goal was just one of the many things the Spaniard did well last night. He was everywhere. Breaking up Chelsea’s attacks. Starting United’s own. Getting a goal. Motivating team mates. It was a tour de force performance. 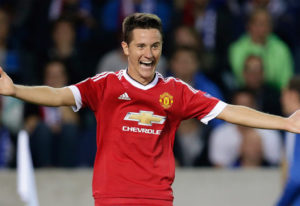 3. Marcus Rashford is getting even better

Wythenshawe’s finest gave the Chelsea defenders nightmares all night. There’s a good chance they woke up screaming his name this morning. Rashford has always had pace. He’s always had skill. Under Solskjaer the striker also has direction. Above all he’s got a manager who knows what it’s like to be a striker for United. Therefore we’re seeing the very best of Rashford. The scary thing for our opponents is the lad seems to be getting even better.

We know Paul Pogba is a true talent. There’s no denying he’s one of the best players on the planet. Above all we know that United are becoming increasingly reliant on him and cannot afford to let him leave. Last night showed once again the Frenchman’s importance to the United team. The worry is he won’t be around next season. There’s still lingering doubts as to whether Pogba wants to stay at United long-term. Keeping him next season and hopefully beyond could be vital. Let’s see if Ed Woodward can truly put his money where his mouth is.

It’s easy to label Smalling an awful defender. Someone who needs to be sold alongside the rest of those surplus to requirements. However, last night showed, as we’ve seen in the past that Smalling is capable of commanding performances. Yes, there’s still question marks about his concentration but if Victor Lindelof can continue his leadership at the back, then perhaps Smalling is his ideal partner.

Going to Stamford Bridge and preventing Chelsea having any real chances isn’t easy. Yet that’s exactly what Smalling and his team mates did.