It’s Day 3 of the Cheltenham Festival and the two main races of the day are the Stayers’ Hurdle and the Ryanair Chase, so let RedArmyBet mark your card ahead of another exciting day of racing.

Traditionally favoured by Irish trainers, who have won seven of the last runnings of the JLT, the strongest contenders for Thursday’s opener look to come from Britain with an intriguing duel between Lostintranslation and Defi Du Suil who are both expected to head the market.

Colin Tizzard’s Lostintranslation won at Cheltenham in December when 3lb better off than his rival but Phillip Hobbs’ gelding reversed the form at Sandown last month so there really is little between these two.

Outside of the fancied duo there is plenty of value to be had in the form of Kildisart, who won here over course and distance in January, while Willie Mullins trained Voix Du Reve might provide Ireland’s best chance despite falling last time out.

Always a fiercely competitive handicap picking a winner here may prove to be tricky seeing as 10 of the last 13 winners have been in the double-digit price range.

Gordon Elliott won this last year with Delta Work and saddles Sire Du Berlais on this occasion who finished 4th in this race 12 months ago. Sambru Shujaa comes here following back-to-back wins at Chepstow while Walk to Freedom finished an impressive second in the Leopardstown qualifier and has to be in with a chance despite being heavily weighted.

Another which catches the eye is First Assignment, which has a good course record and plenty of stamina to call upon. 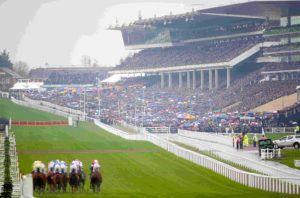 Footpad looks set to go off as favourite in this one and you can see why following an impressive run in last year’s Arkle and he looked back to somewhere near his best when worn down late at Leopardstown last December and the step-up in trip shouldn’t bother a horse with stamina to burn.

The Paul Nicholls’ trained Frodon is in career-best form at the moment with two wins from the last two outings and loves jumping around Cheltenham while Monalee was second in the RSA at this meeting last year and has continued to improve, while value could come in the shape of The Storyteller, who won at Grade 1 level at Punchestown last spring.

THE Sun Racing Stayers’ Hurdle is the feature race on day three of the Cheltenham Festival with the home challenge led by Cleeve Hurdle winner Paisley Park who comes here on the back of four successive wins and is difficult to oppose.

Despite the fact that no 11-y-o has won this since Crimson Embers back in 1986 don’t be surprised to see Faugheen turn the tables in just his fourth attempt at 3m having won a novice in 2013, beaten Penhill by 13-lengths at last year’s Punchestown Festival and falling at the second-last behind Apple’s Jade last Christmas in his previous three.

But if it’s value you are after then Kilbricken Storm won here over the distance last year in the Albert Bartlett Hurdle and on soft ground too so can’t be discounted at a healthy price. 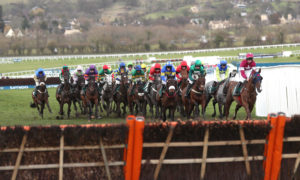 Another competitive handicap some 24 runners are expected to go off in this one with plenty to catch the eye. Janika comes here with three wins from three at 2m2f all of which came on heavy ground in France and finished second here over course and distance in January.

The horse that beat it that day was the Nick Williams trained Siruh Du Lac who also favours soft ground and may still have more to come after a hat trick of recent victories. Outside chances are represented by Kalondra, who  could be a player with a clear round and Azzerti who doubled his career tally over this distance at Ludlow a month ago.

Nicky Henderson’s Epatanta and the Paul Nicholls trained Posh Trish dominate the market in this one and it’s easy to see why with the former oozing class in two novice hurdles for a new yard while the latter is four out of five over hurdles having won a listed event at Taunton back in December and will be looking to improve further in a race which looks bound to suit.

It’s worth noting that out of seven stable runners Ruby Walsh is riding My Sister Sarah for Willie Mullins who is in fine form coming into this while Sinoria has been progressing nicely having won a Punchestown Listed race last month and could be one to keep an eye on in the market.

The Kim Muir is a race limited only to amateur riders so jockey bookings will be key when finding a winner, perhaps more so than form.

Livelovelaugh represents a top stable and has strong claims under a leading amateur rider as well as finishing runner-up in a valuable 2m5f handicap chase at Leopardstown last month.

Measureofmydreams also as a leading amateur jockey booked to ride for a top stable and was a Graded novice chase winner back in 2016 and returned from a lengthy absence to finish a good third on debut for this yard over an extended 2m7f at Fairyhouse last month. Meanwhile, Sky Pirate made good headway here in November before being brought down through no fault of his own and must be respected.