The former United player brings us his latest diary looking ahead to Barcelona and looking at captaincy issues.

When Clarke was introduced he failed to emerge for a good minute. I knew we couldn’t have missed him, as a tall bloke with glasses and a big hat is hard to miss. I looked to the sides of the stage and I could see him climbing and clambering over seats at the back of the stage and had clearly got himself lost.

I was able to go backstage after the concert and asked somebody what he was doing, and they admitted that he had got lost! 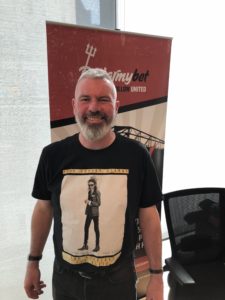 Choccy on the ‘Gram

I am now a member of the Instagram community, and so far it’s been great and I have already hit my 1,000 follower mark which is apparently a good thing?

I have been having some fun posting old photos from my playing days and also a few cryptic music posts. Look out for my weekly music quiz, but be warned they are not as easy as you may think.

After posting some images of fountains and Wayne Rooney, leaving many followers to guess Fountains of Wayne.

However the actual answer was The Pale Fountains, and one of the band members is now in the band James, who I met at their concert. I went last minute and it just proves what a small world it is.

The reason why you play as a professional in a sport it because you want to win everything you’re involved it and crashing out of the FA Cup was a disappointment.

Wolves have done very well. It was a sell out, and a night that United were capable of winning, but we just didn’t play at all. I have questioned if Pogba having the armband was a burden for the Frenchman and could have impacted his performance.

This season we have learnt that the less cluttered Pogba’s head is, the better he performs.

I think in his head it was too much to have the armband. However, Wolves did play in a disciplined fashion to stop Pogba playing and in the end we didn’t deserve the win.

Regarding captaincy, I think you need captains all over the pitch and I think United have been missing an inspirational captain who can drag teams through games. At the moment we don’t have that, and I think it would need to be a player who wouldn’t be affected be captaincy, like Young at the moment.

The captain still has some time at United however in the future, my top three candidates would be Matic, Mata or David de Gea. 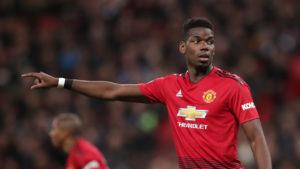 Can we beat Barcelona?

I think we definitely have a chance. If you go back to the quarter-final draw nobody thought we would get past Paris Saint-Germain. However, we have proven that we can get the wins when it matters.

Of course, I wouldn’t like to go to Camp Nou 2-0 down but for me it’s a great draw. I think if we can go into the second leg with a draw or narrow win, fortunately Messi is in a goal drought! All jokes a side, it will be a great fixture.

United to win and both teams to score vs. Barcelona at 5.80*

Will the Reds bounce back?

I think it was a wake up call, the performance on Saturday was poor one of the poorest we have witnessed this season, so it shows some needs a nudge or a bigger hug, having a break will be good nothing to say they can’t finish it on a High.

I think the defeats to Arsenal and Wolves have been a wakeup call. The performance on. Saturday was poor, one of the poorest we have witnessed this season so I think it shows that some players might need a nudge, or maybe a bigger hug.

Having the international break will be good, I think there’s no harm in having a rest and there is nothing to say that we can’t finish on a high.