United legend on his trip to Glasgow for the Star Sixes tournament and whether he sees anyone leaving United in January.

Ole taking the players to Dubai is a good idea, even though me and the sun don’t get on I enjoyed these sort of trips as a player, the warm weather stuff is good for you, players always moan about the cold. When I was playing the manager wouldn’t let you wear gloves in training unless you had a doctor’s note, and he had better be a good doctor!

You can have a really good session when you’re away with the club, there’s no distractions, from other domestic things, you can focus, you can have massages, sauna or even golf, we did it when I was at United and although ideally you’d rather be in the Semi-Final of the League Cup, if you’ve got a chance to do it then getting away for a few days makes sense.

No more moves at United.

When it comes to United and January transfers you’d have thought there’d have been the conversation about players coming in or out before they changed the coaching staff. If they’ve made up their minds, then it could have an influence on the window, although I wouldn’t expect much. People say some players need to go from the club now, but I wouldn’t expect it to happen, it’s important you make sure you’ve got enough players for coaching sessions and the games, we’ve some tough fixtures coming up so I don’t see anyone leaving.

My view on whether Ole could attract players to join him if he needed is that the major attraction throughout Europe is playing in the Champions League, that’s the prime motivator.

I wouldn’t imagine it matters too much who the manager is, one player who’s playing for another Premier League club didn’t come to United because of who was in charge at the time. Playing for United would be the most important factor for signing, not who’s managing you.

The manager in the interim should have no influence on whether players are coming or going.

Under Ole the players seem a lot happier, the performances have been good, although you’ll be expected to win the games. I enjoy watching United when they’re going forward, scoring goals, it’s entertaining, I’m just still a bit apprehensive when the other team have got the ball!

There were no expectations with Ole, before everyone seemed to be very down, everyone seemed fed up, now it’s different. It looks as though United’s best chance of success is the cup so there’s no pressure, why not go and enjoy yourself, which is what’s happened.

Can we finish in the top four? It will be tough, the Champions League’s going to be difficult too with PSG over two legs, they might have an off day we might have a good enough day.

On their day United can still beat anyone, we’ve only seen a little bit of the likes of Sanchez and we know what some of our attackers are capable of, the issue is other teams look like scoring, even Reading did.  It’s going to be a bit more hazardous facing Spurs at Wembley, PSG in Paris, and Arsenal at the Emirates.

When Jose was removed, you’d expect someone was targeted permanently. Someone would’ve have been told the job’s yours at the end of the season, if that’s the case there’s no pressure on Ole either, you just pick your team and then let them go and play football.

From my knowledge of countries that have had the scenario, the overall decision makers whether that’s the owner or the board have split it the management of the club into two parts, one part of the structure has been the commercial and day to day running of the club, another part is the football.

I made a recent trip to Glasgow to watch the Star Sixes, my favourite part was making a short film around some of Scotland’s better-known food and drink products. It’s slightly different when you’ve not got a huge budget but you’ve got people with amazing ideas, none of them having money. We filmed at corner shops which don’t accept cards unless you’re spending huge amounts of money.

My contribution to the budget was a fiver, I just assumed you’d need permission to film on the street, or in certain places, we went into a well-known supermarket, I paid with the old-fashioned method of pound coins, the manager came out and asked what was going on I swiftly departed as the ‘film crew’ were getting a telling off!

We were weaving a narrative around caramel wafers, shortbread, and other delicacies, we visited the haggis supper territory, for desert we had a deep-fried confectionary bar, it can be a bar of your choice. When we asked the proprietor of the establishment that made them, he said “it’s only effing tourists that ask for this.” 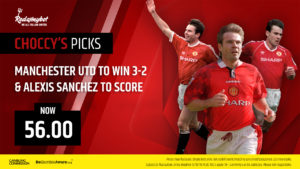 My favourite moment of the Star Sixes tournament itself was Jason McAteer getting sent off for his kick on Michael Owen. When you’re in Scotland it’s nice to see people kicking an Englishman, at one point it looked as though he was going to kick the referee or go after Michael again! Jason’s rants on the telly and social media were funny. He’s usually a calm individual, in my humble experience from working with him so his reaction was a bit of a surprise.

Alan McInally was there, I’m responsible for his nickname of Rambo, it comes from when we were in Canada with Celtic and we went to the movies, we saw First Blood, afterwards we somehow ended up some hill and he disappeared. The next thing he appears, he’d managed to find a way round via some cliff face, he was shouting out words from the film, hence his nickname which has stuck after all these years!