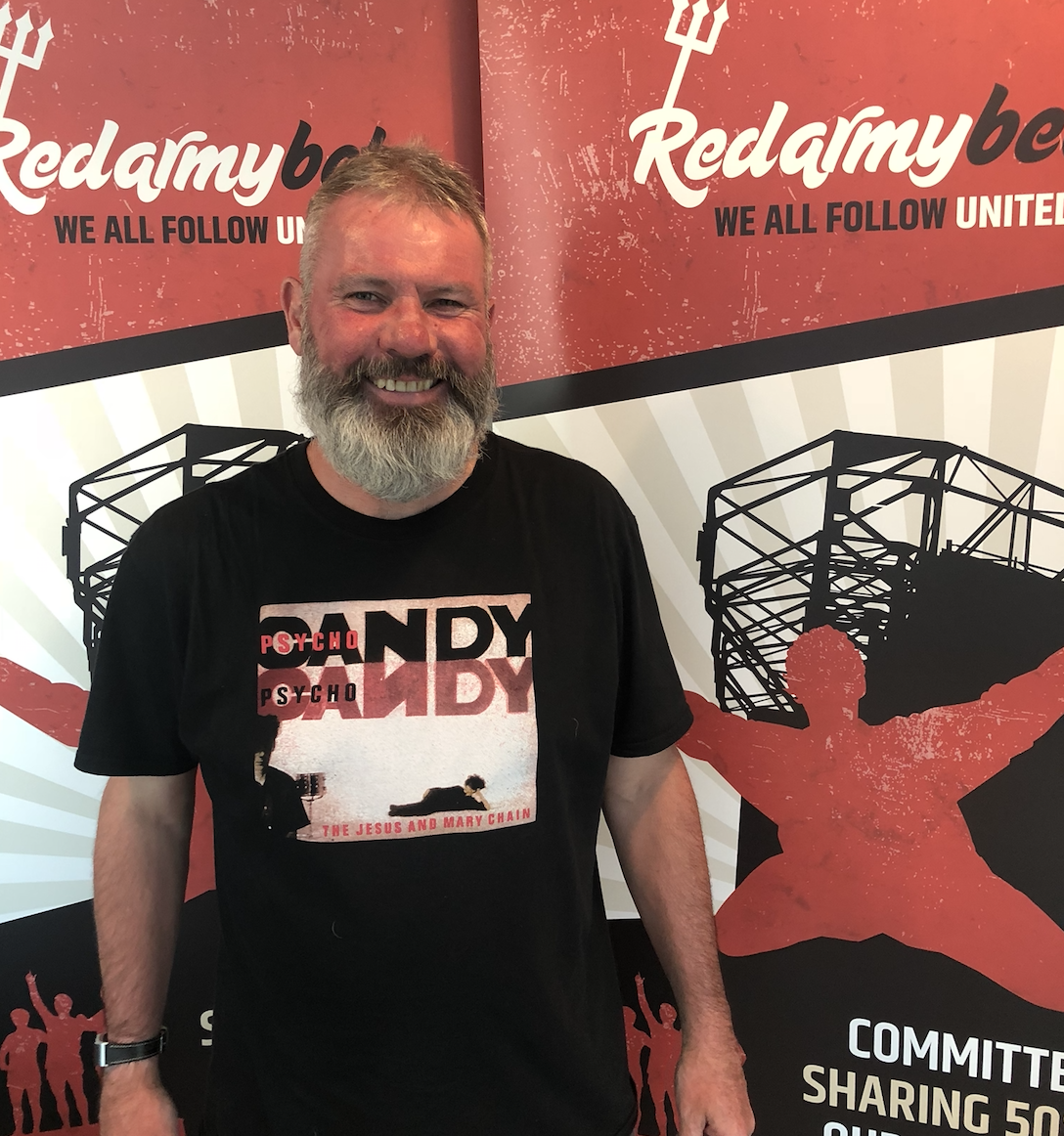 Joel Pereira was impressive against AC Milan the other evening, Sir Matt Busby’s idea about a goalkeeper still resonates now and he was only interested in two factors: is he big and is he brave? And Joel is both of those, he played as an outfield player in his formative years, as a centre forward and he’s pretty decent playing as an outfield player. He’s an engaging likeable character and there obviously must be some plans for him as we’ve signed Lee Grant that allows the development of Joel, he’ll be going out on loan I would imagine. I would have thought there’d be a number of interested clubs .

Goalkeepers need to play and whoever’s taking him should be taking him as the number one. He might end up in a team that’s going to give him lots of practice as they may not be the top team in their league, but I can definitely see him becoming the next number one at Manchester United.

I think Jose’s been realistic rather than negative with his comments during the pre-season tour. As a coach you want to give yourself the best chance of success whether it’s in pre-season or when the campaign starts.

You need to have a plan and he’s known roughly what group of players he’s taking to the US to play pre-season and he’ll have an idea when he’s going to get the players back that are first choice in his XI. He’s made it clear who he’d like to recruit and who he thinks can leave.

It’s surprising to me only Daley Blind has moved on, there may be reasons why more haven’t that become clearer the closer you get to the transfer deadline day. As a coach you want to have a really good idea as to what you’ll be going with and who you’re going to have available for the first game against Leicester. It doesn’t surprise me what Jose is saying as I’m sure it’s very frustrating on various levels.

When it comes to Martial’s situation with the birth of his child, that should be part of the planning. All the best managers coaches or whatever they want to call themselves have to be empathetic to various different situations.

We saw it last season with David Silva, Guardiola allowed him to have time off due to a domestic situation and Guardiola felt it was more important that he spend time with his family than playing for Manchester City. He may have even felt Silva would have been distracted and wouldn’t have been as much benefit as he would normally. Modern times. Going back to my playing days, I remember around 1985 ish – it was normal to attend the birth of your child which is the most amazing experience. Pre-season is important and you want your players to be involved but sometimes it might be down to the relationship between the player and the coach. Martial having to leave should have been considered as a possibility, for me to attend the birth of your child and then come back, that should be a policy, you don’t have to be there for several days afterwards.

When it comes to Martial wanting to go to another club, if players want to go then they should find a way of letting them go. Unhappy players don’t perform. You don’t want a negative influence festering among the players. There’s often calls for players who want to leave to be shifted into reserves. That’s not fair on the younger players having the disgruntled players around. If he’s really that unhappy find a way that suits both parties, but more the club.

More needed to prevent more of the same.

I think that at the moment we’re still looking at a similar situation as we were last year there’s not a balanced enough squad or strong enough squad to compete with City, they will still be the favourites. Liverpool have bought well. Klopp’s put them under pressure by saying he thinks Liverpool should be winning the title. Arsenal and Chelsea have a new manager and who’s favourite  might change if we recruit one or two new players and one or two players go.

When it comes to Paul Pogba, I don’t like the idea that we could allegedly let him go, even if it’s to Barcelona and even if Rakitic came in return. I’m not sure we’re being strengthened if that sort of deal was made.

United are 7/1 to win their opening four games with RedArmyBet.com

Interesting thing is Jose’s comments around Paul playing well in the World Cup was the suggestion that he’s distracted by other things.

When it comes to distractions it depends on the coach’s view on how it affects the particular player, there’s a lot of free time and people handle it differently.

When Dennis Rodman was playing basketball he’d go out dressed in a dress. Now he performed at a huge level the next night and the next night. The coach accepted that and as long as Dennis Rodman performed on the basketball court that’s all that mattered. The main issue is what he does on the pitch. It’s when what you’re doing out of sport overshadows what you’re doing on the pitch that it becomes an issue. Romario at Barcelona was another example, Johan Cryuff used to get asked about the fact Romario was out in nightclubs – he said I know he doesn’t drink so I’m not concerned about that and he scored a hat-trick and that’s all I’m bothered about.

If players think they can do what they can do and if they perform 9/10 or 8/10, the coach should be open minded enough to accept that. I think that’s the ingredient every aspiring coach should be looking for, how do I get that player to replicate that particular performance? If you can guarantee good performances then you should be able to do what you want to in your free time.

Sir Alex Ferguson knew what was going on and he could decide what to do about it. United fans are everywhere, all over, to let him know what players were up to. For example, he knew Dwight Yorke was in Dublin. He could choose whatever he wanted to do when Dwight got back.  He might leave it to see Dwight performed, sometimes it would be a private word, sometimes a full-scale hairdryer because he’s talking to Dwight but he’s actually talking to everybody else.

I was delighted to see the auld man on telly recently, there was no sound, therefore I don’t know what he was saying, whatever it was I’m sure that it would have been captivating.

When I arrived at RedArmyBet HQ I noticed there were several women who seemed to be a little overdressed for the weather and time of the day. I like to people watch and I knew there was something going on as I could see a floor manageress with a walkie-talkie. I knew there must be some event.I was told they were filming the Real Housewives of Cheshire. I’m very pleased I didn’t recognise anybody as it means if I did, I would actually watch the programme they’re in. There’s a possibility I could be in the background when it’s aired but you’d think any sensible editorial person would edit me out!

RedArmyBet are the only bookmakers that promise to share 50% of net profits directly with United fans.