The former United player brings us his latest diary looking ahead to the Arsenal game and at the race for the top four.

Recently some friends of mine from The Grey Horse pub in Manchester came to Edinburgh on a stag do and asked me for some suggestions of places to visit and things to do. I happily obliged, however on the Saturday we couldn’t find much football to watch, so I found a rugby game for us all to attend.

I agreed to meet up with the guys just before kick-off at the rugby ground, and on arrival I was surprised that not only was the game very quiet, but you didn’t even have to pay to enter!

As I took my seat I began to wonder where everybody was, not only my friends but also the rest of the fans. I believe the game was one standard below European rugby and the stadium was barely even full which seemed strange to me. Not wanting the assume the worst that I had actually been stood up by a stag party, I decided to search for the game online, just to make sure I hadn’t made a mistake.

I looked at my phone in disbelief…I was at the wrong stadium. Not only was I at the wrong stadium but I was easily five or six miles away from where the actual game was taking place! Upon realising that I was actually watching fifth division Scottish rugby, I hung around for the first half and then headed home!

What is the Manchester experience?

When I was booking my usual hotel to come to Manchester for an overnight stay this week, I was surprised that when I arrived I was greeted by a lot of noisy groups of people in the hotel lobby and. bar.

It took me a minute to realise that they were football fans, eating pizza and drinking small cans of Spanish beer! I was so close to telling them that they were only a stone’s throw from Northern Quarter, home to numerous bars, pubs and restaurants, and a lot more comfortable than a hotel lobby!

However I left them to it as they seemed happy enough. It got me thinking about what is the Manchester experience? Whatever it is, I don’t think it was sitting in a hotel bar!

The race for the top four is well underway.

We are at that stage of the season where the race towards the finish line, and the prizes that wait there, is well and truly underway. At the top of the league we have competition for the Premier League title, and then we have another competition for the Champions League places, and I think the Arsenal game is important with regards to this.

Both teams could make the top four, and both teams of course will want to win this weekend. It’s a shame Arsenal didn’t have a long trip to a distant part of Europe for their Europa League game, unfortunately it was only a trip across the channel.

Arsenal’s home form is good, and they got a good point in the North London derby and I can’t imagine that the mid-week games will affect too much physically, however after Arsenal’s away defeat and United’s emphatic victory, this could play a part in the game.

Whilst Arsenal have a healthier squad, the return of Paul Pogba will be a great addition for the Reds, and after that amazing night in Paris, the squad will hopefully be able to use the win as momentum which will continue into the Premier League.

I can see Pogba taking out his frustration of not being part of the Champions League victory out on Arsenal on Sunday and I can see him putting in a match winning performance.

We also have the return of Romelu Lukaku which has been great to see. Strikers are emotional players with regards to their performances, however, if you’re scoring goals no matter how then you’re going to feel good and perform better and I think that is what has happened with Lukaku.

Despite the injury worries, this week was a great addition to our impeccable away form and I see us taking home a win.

This week I read the announcement that this will be Antonio Valencia’s final season at Old Trafford, and it will be a shame to see him go. Valencia has been a great player for United and a fine captain.

I think anyone who stays at a club for so long deserves the plaudits that will come and I hope he will continue his career in football at a good level and he finds rewards wherever he goes.

He has always looked like he enjoys himself when he plays and he has been able to adapt to different roles which is one of the great gifts that Sir Alex had.

Players ended up playing in different roles under Ferguson, it was a quality that he looked for in his players, and Valencia along with Ashley Young have both been so useful being so adaptable for the Reds. 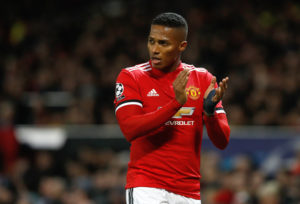 There have been numerous rumours regarding Jose Mourinho and his return to football. I know many fans in Madrid want him to return and I know that he is well thought of by the hierarchy and supporters in the Spanish capital.

It wouldn’t be a surprise if Real Madrid appoint Mourinho. I think many people have questioned his methods, saying that they no longer work etc. but from the little bits that I can gather about the manager, I believe he would want to prove that his methods can still work and going to Madrid would allow Mourinho to get his mojo back.

Why Does De Gea Struggle With Spain?