My night out in Salford:

I was asked to do a Q&A at Irlam Town F.C. recently which is something I always enjoy doing. I got to Irlam early to watch the Challenge Cup Rugby League game between Warrington and Wigan.

Whilst I was watching the game someone approached me and said, “Excuse me you look like Brian McClair,” I replied: “Nah, sorry mate I’m not, but I do get that all the time.”

I expected him to comment on the fact that I sound just like Brian McClair, but instead I said, “I’m a bit more handsome than him and younger,” and he replied, “Yes, you do look a bit younger than him.”

I chuckled to myself and continued to watch the rugby.

However just before I left I saw a photographer, and the bloke who asked me if I was Brian McClair asked the photographer where he was heading after the pub.

“I’m going to an event round the corner with Brian McClair,” the photographer said, to which the man responded excitedly, “There’s a guy here that looks just like Brian McClair, how strange!”

I couldn’t stop laughing and had to come clean that it was actually me!

All in all it was a great night.

I’ve spent a lot of time in Salford, going back to the days at the Cliff and I’ve always enjoyed my trips there. 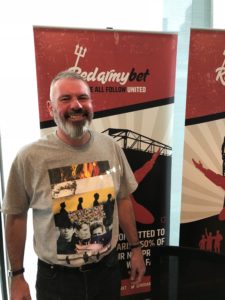 I think we can win the game against Chelsea.

Both coaches and clubs have the same problem as many other big clubs have in that post-international break, you don’t have long to prepare and they’re getting the players back in dribs and drabs.

Chelsea are no doubt overwhelming favourites. It’s a big problem for both coaches, in terms of planning but I still think United can win the game.

It was an excellent second half performance against Newcastle, maybe we should start the game at half time to get the same result?

I am looking forward to the return of the Premier League, and whilst I hope United get a win, as part of my weekly picks I can see Spurs, Cardiff and Liverpool all taking three points.

Check out Choccy’s Picks for this weekend on RedArmyBet.com

I’m very much looking forward to the next round of Champions League games, these are the hotly anticipated matches that you’re excited to watch.

Juventus are in sparkling form with the United and Real Madrid old boy Mister Cristiano Ronaldo, who seems to have settled into his life in Turin very well and is a thorn in the side for their opponents.

We need to win all our home games to qualify, especially after failing to beat Valencia, so a win against the Italian team is vital.

For the latest odds on the game v Juventus, click here

In order to get the best from Marcus Rashford he should be playing in every game, well every game where he’s fit and behaving himself.

I’ve been saying for a while now and for me, I think some players need to be playing all the time and Marcus is one of these players.

Maybe he’s happier with England than he is with Manchester United, which isn’t great from a United point of view, but he does need to also take responsibility for his performances.

As soon as you get into that first-team squad you need to be focused. I think it was Paddy Crerand who said he’s not interested in the age of a player, you’re either good enough or you’re not.

If you want to play and be successful you have to work hard and maybe Rashford is looking for some advice and leadership from the older players such as Chris Smalling, Ashley Young and Anthony Valencia but you still have to perform.

I am always more fond of academy players, especially those that I know and you want to see them flourish.

On Saturday if he is fit I would have Marcus playing.

Returning from across the pond:

I can understand why there are rumours surrounding the return of Zlatan Ibrahimovic.

He would be a good alternative to Romelu Lukaku and due to our problems with the forward line it doesn’t surprise me that there is talk of a return.

Considering how well he did at Old Trafford, and the fact that he’s still scoring spectacular goals over in America, I would have him back.

Ibrahimovic is an experienced player and a great character to have in the dressing room, it would be good to see him return in the January transfer window to see out the rest of the season.

There have also been some rumours surrounding Wayne Rooney due to his success in America.

Wayne has been in the Premier League since he was 16, which is a long time to be playing in the same competitions.

I think sometimes a big change can help a player, and the move to a new environment has clearly suited the player so although clubs would be interested in Wayne, I can’t see him rushing back to the U.K. 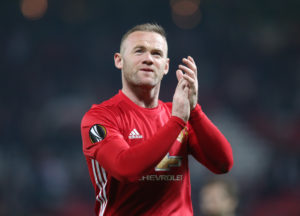