RedArmyBet ambassador Brian McClair gives his opinions on United transfers, the Women's World Cup and tells us some tales from his latest travels.

I recently went to Coleraine in Northern Ireland where I had a great weekend doing a Q&A. However, it got off to a rocky start when I was supposed to be getting picked up from Belfast City Airport, only to discover that the person I was meeting was actually at Belfast International!

Travelling through the airport always amuses me, especially at security. It always fascinates me how people fail to remember the procedure of removing certain items from their bags or travelling with prohibited items.

A young family just happened to be stopped for this reason ahead of me at security on my way to Northern Ireland. It was the little boy’s bag who was inspected, and the look on his mum and dad’s faces when the security officer pulled out a pair of handcuffs was priceless!

As eyebrows raised around the family, the parents were quick to explain how their son got a spy kit for Christmas which included handcuffs and he had snuck them into his bag. I couldn’t help but laugh as the security officer confiscated the ‘cuffs as the parents looked on in horror!

After my Q&A I was invited to have a cup of tea with former United player Harry Gregg. It was a very humbling experience, and entertaining at the same time. He is a proper legend and I really enjoyed visiting him and have a chat about his life, he is a great inspiration.

There are reports that we are no longer interested in Matthijs de Ligt from Ajax. It has been suggested that the 19-year-old has been using clubs as a way of getting more money out of other clubs. I have a fear that this is a recurring theme with United.

It is something that has happened over the last few years at United where players use the club, our name and pedigree to get attention, more money or better contracts as they negotiate with other clubs. With United not being in the Champions League there is not the same attraction to the club, but it doesn’t give players the right to exploit us.

One of the things that Sir Alex Ferguson was good at was getting value out of transfers. One example would be Paul Ince. I remember Sir Alex talking about Ince and how he wasn’t for sale, and was then sold to Inter Milan. 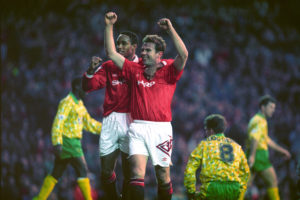 However, the manager explained that it was the right thing for the club as we had five years out of him, as with transfers you have to think about the salary over a period of time, would there be a resale value, can you get a good number of years out of a player etc., which is what happened with Ince. Sir Alex got five years from him and still managed to get a resale value.

Other players you could get 10, maybe 11 years out of a player and if there’s no big resale value then at least you get a good amount of years out of the player and that is why I cannot see Bale coming to United.

With the Welshman we would get maybe five years out of him and not a great resale value, and that to me is not worthwhile. I’ve said this before in my diary but for me, young English players should be the main policy, even down to goalkeepers.

Who will wear the goalie gloves next season for United?

With rumours circling around David de Gea possibly hanging on at Old Trafford until the end of his contract, his replacement must be considered.

Romero has always done well in the games that he has played, but for me I would go back down the route of finding an English goalkeeper. One name that springs to mind is Tom Heaton who was at United for many years and his now at Burnley.

Or perhaps getting a younger goalkeeper like Jordan Pickford could be the answer. We tried to get him from Sunderland when he was 16-years-old but he is somebody that United could easily get a good 10-years out of. 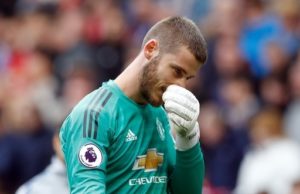 I noticed that Louis Saha has spoken out about Paul Pogba in the press recently. Saha has blamed the club for putting pressure on Pogba, and there are parts of his argument that I have to agree with. I have mentioned it before, but I think giving him the armband was a big mistake.

It drained him of what he should be doing. Pogba is more like a Lionel Messi than a Roy Keane, he has to do what he does best which is play.

Being a captain can clutter the mind and you just want Pogba to do his best which is creating chances and scoring. Rather than making those mistakes again with Pogba, we should find ways of getting him and the ball in that final third so he can create chances, if he stays of course.

There have been more Real Madrid rumours regarding Paul Pogba and I think it just comes down to what the player wants.

Madrid are no strangers to the dark arts of transfers vs. Manchester United and if Pogba does want to go we need fair value.

I don’t agree with swapping him for the likes of Keylor Navas and James Rodriguez. None of these players have been mentioned as people United are interested in so why should we take them?

What also needs to be considered is whether they want to even come to Manchester, as a city and to United with us not being in the Champions League next season. You want players who want to come and be part of this rebuilding project, not just in a transfer swap.

I am looking forward to the Women’s World Cup and it’s great to see that the games will be on television. It’s great that Scotland have qualified but they have tough opponents in the group stage such as England and Japan. However, I think we have a good chance of doing well in the competition.

I will also be keeping an eye on the French team, as eight of those players were from Lyon’s treble winning squad. I think it’s great that they invested so much in the women’s game and it is good to see the sport gaining such momentum, I think there were around 20,000 that came to watch the Scotland vs. Jamaica friendly which is encouraging to see and I expect it to be a great tournament.

Choccy’s Diary: The Pogba and Real Madrid Saga, No to Neymar and Transfer Talks

Choccy’s Diary: Tales, Transfers and The End of the Season