Could Former Spurs’ Man Be The Signing United Need?

Gareth Bale of Real Madrid during the UEFA Champions League quarter final match between Real Madrid and Juventus FC at the Santiago Bernabeu stadium on April 11, 2018 in Madrid, Spain

For a long time, it was Wesley Sneijder. Summer after summer, he was linked with a move to United, with each story trying to sound more convincing than the last, but the transfer never materialised. After Ronaldo left Old Trafford to go to Madrid, murmurings of his return have been mooted almost every year since, although his recent move to Juventus will finally end that speculation. However, another perennial favourite, Gareth Bale, has once more been linked to United. There have numerous stories over the past few years, based on nothing other than rumour and guesswork, but for once, with Real Madrid clearly wanting to rejuvenate their attack, and United in desperate need of star power, it feels there might be some truth to it this time. 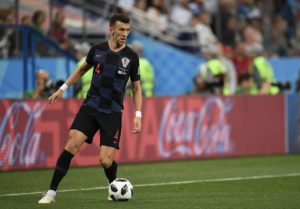 United need to strengthen in a few areas this summer, and the fact there is only a few weeks left means the club needs to make some significant progress in the next fortnight or so. One position that definitely needs addressing is the right-wing, adding credibility to the links with Bale. Other players have been mentioned: Ivan Perisic was once more briefly linked, although his preference for the left-wing, and the unsuccessful pursuit of him last year, make that seem unlikely. Willian is the name most often connected to United, and the deal would make sense: he’s a natural right-winger, and Mourinho knows and rates him highly. With Chelsea only just changing manager though, and not giving him long to revamp his new squad, it’s unlikely Sarri will be letting too many of their better players leave.

Bale is 2/1 to join United this summer with RedArmyBet.com

Also, although Willian would be a good addition to United’s side, and would resolve the lop-sided nature of the attack, he wouldn’t be the name that would excite the fans. His signing wouldn’t send a message of intent. Man City have already set a high standard, and with Liverpool and Chelsea strengthening their sides to play incisive, progressive football, it feels like United have much to do to compete for the title. Mourinho’s tactics often mean United’s team performance is solid but uninspiring, often with a need for some individual brilliance. Gareth Bale can certainly provide that.

It would be refreshing to see a genuine right-footed player on the right wing, and there is a danger Bale will cut infield too often into an already congested area of the pitch, with Sanchez doing the same on the other side. That being said, Bale has played on the right-wing over the past few years, and plays the role well, cutting inside effectively (particularly as his long-range shooting is so strong), but also will go on the outside, utilising his pace and directness, and trusting his right-foot. It makes him a tough proposition for defenders, and if Sanchez can regain his Arsenal form on the opposite side of the pitch, with Lukaku central, suddenly United would possess a potent attack.

United are 7/1 to win their first four Premier League games with RedArmyBet.com

Bale’s injury record is a concern, but it has been exaggerated:  he has made 189 appearances in the last 5 seasons at Madrid, an average of nearly 38 games a season. He has scored 88 goals in that time too, including 21 in 39 games last season.

Whether the speculation turns into something more concrete, we’ll find out in the next week or two. It’s without doubt though that Bale could be the spark that this team needs, the inspiration and excitement the fans crave, and the player that could help Mourinho make his side credible contenders for the Premiership.

Chris Smalling, the Case for the Defence