With the Cricket World Cup just around the corner RedArmyBet looks at who might be in with a chance of being crowned champions this summer.

The Cricket World Cup gets underway at Lord’s on May 30th with the very best talent in the game going head-to-head across England and Wales throughout the early summer months culminating in the final, also at the home of cricket, on July 14th.

The tournament was first held in 1975, also in England, and was won by an exciting West Indies team who thrilled crowds with their flamboyant batting and electrifying pace attack and in the years since we’ve seen no fewer than five nations lift the most coveted prize in the game.

Australia head to these shores looking to defend the crown they won in 2015 and with almost 50 games taking place over some six weeks of thrilling action, here’s a look at all those nations involved with only one able to rightfully call themselves the best team in the world come July.

The teams taking part this summer

Once the whipping boys of world cricket Afghanistan have come on in leaps and bounds in recent years though are only here courtesy of a nerve-wracking qualifying competition in Zimbabwe. However, the relative newcomers shouldn’t be underestimated having beaten Sri Lanka and Bangladesh while also tying against eventual champion India so are more than capable of causing an upset or two.

Having won the Cricket World Cup on five occasions Australia are the most successful nation in the tournaments’ history but have struggled of late with a loss of form of a number of their key players while the ball tampering scandal of last year has rocked Aussie cricket to the core. And going on current form there could be some concern this summer as Australia were beaten 9-1 over two series against England while also going down to South Africa and India during the winter; but you should never write off the Australians when the World Cup comes around.

Rather like Afghanistan, Bangladesh were the serial underachievers of ODI cricket but have managed to surprise a number of their critics over recent years with some decent showings. The Tigers qualified for the semi-finals of the 2017 Champions Trophy from a group that featured hosts England, Australia and New Zealand while in 2018 they won 13 of their 20 ODI matches, so shouldn’t be discounted to make the latter stages – especially with experienced pros like Mashrafe Mortaza, Tamim Iqbal, Shakib Al Hasan and Mushfiqur Rahim in their ranks.

Despite appearing at every World Cup since the tournament started in 1975 England have never been crowned world champions though many will feel this is their best chance yet having been defeated in three finals to date. In 2015 they were left red-faced when they went out in the group stages but will hope to make the most of home advantage this time around and with the likes of Eoin Morgan, Johnny Bairstow and Jos Butler in their ranks it’s no surprise to see them regarded by many as favourites. 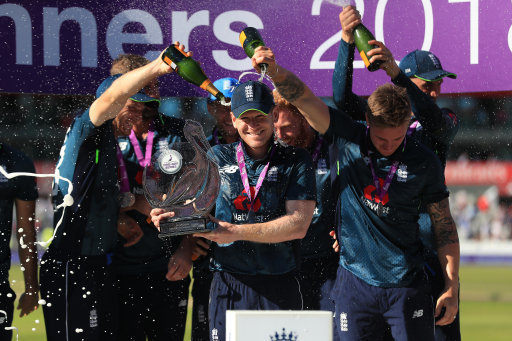 The second-ranked one-day side in the world has been in fine form with recent series victories in Australia and New Zealand so expect India to be many people’s pick to win the 2019 Cricket World Cup and with good reason. An impressive 2018 saw fine ODI wins, including a 5-1 thrashing of South Africa, and a 3-1 defeat of the West Indies, not to mention an Asia Cup title in the UAE, so expect India to be heavily involved in England again, just like when they first lifted the World Cup trophy at Lord’s in 1983.

Having made the semi-finals on six occasions and finishing runners-up once, the Black Caps have earned something of a reputation as chokers when it comes to the Cricket World Cup, so will be looking to finally go one better this time around. While Kane Williamson has replaced Brendon McCullum as captain, many of the team that took New Zealand to the 2015 final, where they were beaten by Australia, remain intact though the addition of fast bowler Lockie Ferguson has added genuine pace to New Zealand’s seam attack which might make all the difference.

Always something of an unknown quantity Pakistan will be looking to make the World Cup final for the first time since 1999, which was also in England, where they were convincingly beaten by Australia. It’s not all bad news for the 1992 World Champions, however, as just two years ago, also in England, Pakistan thrashed arch rivals India by 180 runs to win the ICC Champions Trophy and with Babar Azam in their ranks, who has an ODI average of over 51 and has hit eight centuries and 10 50s, pretty much anything is possible.

Rather like New Zealand, South africa have something of a poor history when it comes to the Cricket World Cup, having reached two quarter-finals and four semi-finals, one of which being an agonising last ball defeat to Australia. In fact, the Proteas have only won one knockout game in this competition and that was a quarter-final back in 2015 and without the likes of star batsmen AB de Villiers and fast bowler Morne Morkel their expectations are likely to be modest as they look to claim their first ever World Cup. 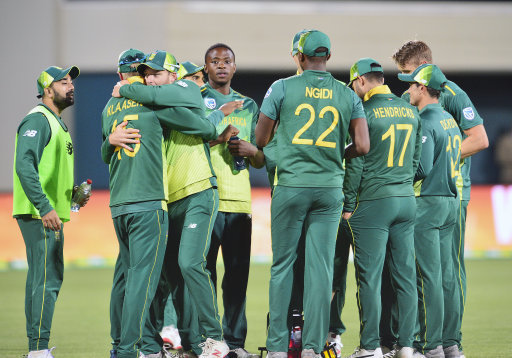 The 1996 winners crashed out of the 2015 World Cup after a heavy defeat to South Africa in the quarter-finals and have since witnessed something of a drastic decline in their cricketing fortunes, so few will expect Sri Lanka to do much in England this summer. The Islanders, who have not won a bilateral series in the last two years, hit a new low in 2017 after a visiting Zimbabwe team beat them 3-2 and with 318 wickets in 213 matches since making his ODI debut in 2004, Lasith Malinga will no doubt be key if Sri Lanka can do anything this time around.

West Indies won eight of 18 ODI matches in 2018, losing a home series to Bangladesh and coming off second best in India and a return trip to Bangladesh so based on current from won’t have much to offer in 2019 but with Chris Gayle making his last ever World Cup appearance pretty much anything is possible. But it’s not all about the old guard and 22-year old Shimron Hetmyer could be the team’s standout star of the tournament having made three ODI centuries in his first 18 appearances though huge improvement will be required if the winners of the first two World Cups are to make it a hat-trick on English soil.

Manchester United Have Taken Over The World [Cup]