Manchester's world title contender gives an update on when he's likely to get his shot.

Playing the waiting game for a title shot.

At the minute I can’t tell you too much, not because I’ve got to keep it a secret I just don’t know, I’m still unsure. Bob Arum in a press conference the other day spoke about Vasyl Lomachenko and bringing him over to Manchester in the summer but hopefully it’ll be before that. I don’t know what the situation is with him fighting the winner of the Commey/Chaniev fight. On April the 12th, I think he’s got a date booked for Madison Square Garden. I’m mandatory title challenger for one of his belts so I’ll just have to wait and see what’s happening. At the minute I’m just playing the waiting game. I’m ticking over in the gym, so when that date does come, I will be ready.

I’m happy to fight him anywhere, I think there’s a lot of other people who would rather I fight him in New York! There’s a lot of people who follow my fights who want the away trip! If I am in the opposite corner on April the 12th then I’m sure there will be a lot of happy people. For me it’s certainly one off the bucket list to fight at Madison Square Garden, it’s one of the Meccas of boxing, with all the history behind it. I saw the Cotto/Margarito II fight there, that’s right up there with one of the best atmospheres I’ve ever been in.

There’s world title fights and a fight against Lomachenko would be a step even above that, without a doubt when you’re young you dream of these sort of fights and shocking the world and that’s what I’ll be hoping to do.

Khan has the cojones.

It’s going to be a hard fight for Amir against Terence Crawford, obviously I’m mates with Amir, I’ve known for him for 20 years, going back to when we were 12, 13 years old sparring with each other. I always knew he’d be a special fighter and that’s what he’s turned out to be. Amir’s speed will always give anyone a challenge, I’ve said that for me Crawford is pound-for-pound, the best fighter on the planet, even though I know some would argue it’s Lomachenko. For me the wins he’s had and the way he’s been going through the weights, Crawford’s my pick as world’s best. 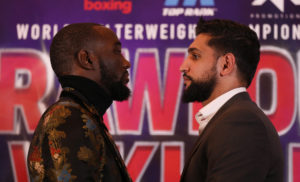 Khan will face Crawford this April.

Amir’s back with Virgil Hunter who’s a very good defensive coach and that’s going to be important in this fight. Amir’s got to keep it long and keep and it straight. If I was training Amir, that’s the tactics I’d use, similar to the ones he used against Kotelnik when he won his first world title back at the Manchester Arena. Trying to beat Crawford is never going to be easy, he’s a special, special fighter, I hope Amir can do it, but it’s a tough fight he’s a big underdog, we need a career-best performance from Amir Khan to be in with a chance of winning this fight.

I often think Amir gets too far too much stick, he’s not avoided anyone and deserves more credit, I struggle to see why people criticise him. I’m a big fan of Kell Brook and I feel for him as he’s missed out on a fight he wanted with Amir, that’s a bigger fight in England, but you can’t blame Amir for taking the Crawford fight as he’s one of the superstars of world boxing. Khan’s fought the very best how anyone can say he’s not got the cojones I’ll never know.

Tyson Fury – the man to beat.

The Fury Wilder fight proved that Fury’s the man to beat, he’s the lineal champ and that’s no disrespect to Anthony Joshua, what he’s done is amazing, packing out the arenas fight after is unreal. Fury beat Wilder clearly in everyone’s opinion barring one or two of the judges.

I’d love to see AJ fight Fury to see who the number one heavyweight in the world is, they both want it, but I think there’s politics in the way of that, but you can’t blame Fury for wanting Wilder again.

It would be great to see the biggest fight in the world which would be Joshua versus Fury take place on these shores. That’s what you want to see two superstars of the sport going against each other.

I go way back with Tyson but I think going off the last performance I’d say Tyson can win that fight. Joshua’s a great fighter and the question is does he land more shots against Tyson and what happens when that shot lands? It’s close but I think Tyson could win that one.

The rumour going around is that if Pacquiao beats Broner then another fight with Mayweather could happen and to be honest it’s not something I’d be interested in.

They’re two of the best fighters ever but for me even the first fight happened far too late so one now wouldn’t really prove anything at all.

If Pacquiao shows up he can win, Broner’s super-talented but there’s no secret about how he lives outside of the ring.

Pacquiao to win by KO is 3.50 with RedArmyBet*

It’s hard to say who’s got the bigger point to prove, we forget that DeGale gave up a world title, he’s got a point to prove, a lot of people are saying his best days are behind him.

Eubank Jr coming off the George Groves defeat, he’s also got a point to prove, people were asking questions about whether he can adapt. When you’re as vocal on social media there’s always going to be critics no matter who you’re fighting.

A few years ago I’d have said DeGale wins every round, now the question is have some of those hard fights taken their toll, DeGale’s one of the most talented fighters Britain’s produced but some people would argue Eubank’s all wrong for him. I think Eubank felt some of those shots from Groves, if DeGale’s on it he wins but this tells us what DeGale’s got left.

There’s bad blood between these, Eubank Jr believes he’s got his number there’s a lot of bragging rights. I’d say DeGale on points, but I wouldn’t be surprised if Eubank Jr comes on strong later on, I think Eubank just needs some kind of structure around his team. 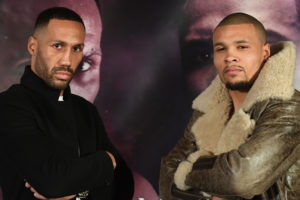 James DeGale and Chris Eubank Jr will face each other next month.

James DeGale to beat Eubank Jr is 2.20 with RedArmyBet*

On the march with Ole’s Army.

As a United fan, we can’t help but get a bit excited, five of the wins under Solskjaer haven’t been against great teams, but it’s the way we’re playing. It’s the kind of football we want to see, we’ve missed that since Fergie’s gone, Ole gets United, the players are all playing for him. The question is does this run continue and does he continue past this season?

We’ve got a tough schedule, the focus will be on top four, but you wonder sometimes, well, you imagine is it written in the stars that we win the Champions League? We’ll be a big underdog but anything is possible.

We’ve got a tough game coming up against Arsenal in the FA Cup, I’ll be there, it’s a bit wrong what’s happened with the tickets and I know a lot of Reds have been left disappointed at missing out.

It’s a tad too early to say whether Ole should get the job permanently but if he continues with the football I’d like to see him being handed it. It was very, very, clever move by the board appointing him rather than risk a huge name manager and the good thing for him is there’s no pressure. Next season if he does get the job, that’s when the pressure comes. 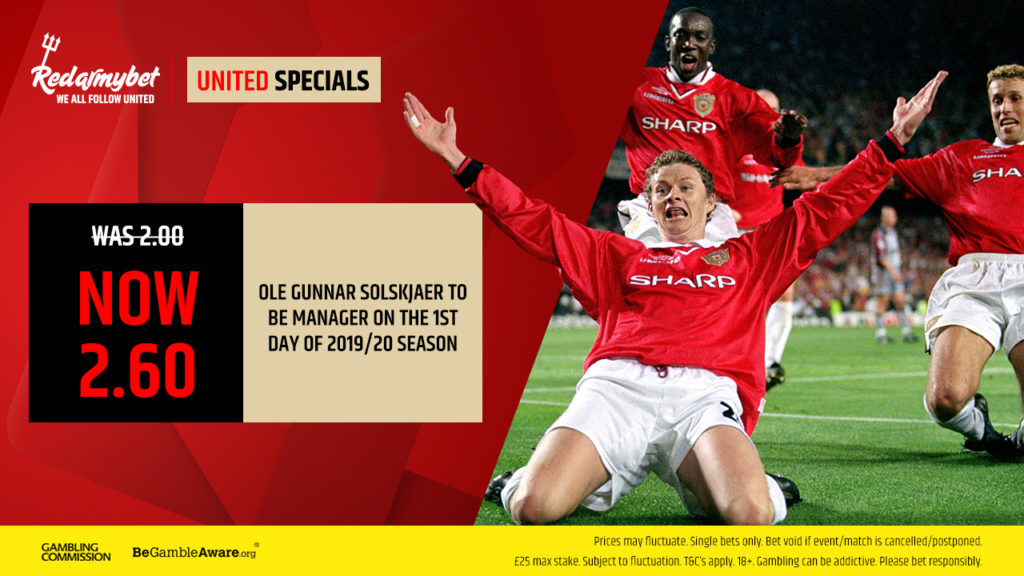 Belle Vue gone to the dogs.

I’ve heard that Belle Vue closing, I normally go there with the lads from the United away trips at the end of season, it’s a bit sad, I love going to the dogs, it’s cheap and cheerful. It’s a big part of that area, it gives families and mates loads of good times there. I remember years ago when you had the fair there, I’ll be sad to see it close if that’s the case.

Back from holiday and back in the gym.

I had a great time with the family away on holiday, my wife and my little boy enjoyed it. He’s a little rascal always doing a bit of fighting around the pool, he wasn’t too bad to be fair but those all-inclusive holidays are not good for the diet!  I’m back in the gym now though.

For all the latest boxing and football bets included enhanced odds and specials visit: RedArmyBet

Ole Gunnar Solskjaer: In the footsteps of the United manager [Video]