Michael van Gerwen unsurprisingly heads the betting for the 2019 UK Open and it’s deservedly so given he’s head and shoulders the best player in the world. He’s already won The Masters and two Players Championships this year to go alongside the six TV titles he won in 2018.

He’s made the semi’s or better in 13 of the last 19 TV events and it would be a shock if he were to not go close to winning this tournament given the gulf in quality between him and the rest of the tour.

He’s won 87% of his matches since the beginning of 2018, with the next best Gary Anderson (who’s injured), sitting on 77% before a drop off to 71% in James Wade. It will be very difficult to stop Mighty Mike.

As mentioned, an injured Gary Anderson makes his return to darts but he hasn’t been seen since the World Championships after having to pull out of the Masters in January and the whole of the Premier League with a back injury.

It is doubtful he’ll be up to a weekend of darts action and his price doesn’t have enough mileage in it to risk the reigning champion defending his crown.

Michael Smith is another player suffering – he had to have emergency surgery on an abscess on his leg on Monday – which has clearly affected his form this year as he sits bottom of the Premier League and bowed out early in the Player Championship tournaments.

“I’ve got strapping round my leg and groin which has to be changed every day to protect it from further infection” Smith told Live Darts. “It’s been a tough start to the Premier League,” he added. “My leg hasn’t really helped to be honest. Not an ideal combination for a weekend of darts matches.”

Rob Cross is a man struggling for the consistency of a world class player since winning the World Championships at the beginning of last year. He’s won just one TV tournament since (Brisbane Masters), but probably more alarmingly isn’t regularly going deep in tournaments, with just one quarter-final spot since that win in August.

Peter Wright is another man who can’t be trusted simply because you don’t know what set of darts he’s going to show up with.

His successes have been limited, with just one TV title last year coming in the Melbourne Masters. His form is iffy, crashing out in the 1st or 2nd round in four of the last five Players Championships, and he’s not to be trusted at the prices. 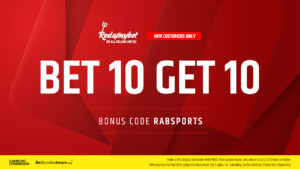 One man who could finally be coming of age is former rugby pro Gerwyn Price. He won both Players Championship tournaments at the weekend with 10 of his 14 matches seeing him throw a ton+ average, to go alongside his first TV tournament victory at the Grand Slam of Darts in November.

He’s started the Premier League strongly, going unbeaten in his first three matches. With every reason to oppose the other challengers to van Gerwen, Price makes perfect sense at 21.00*. In terms of averages, he’s throwing 100.24 this year to MVGs 100.67.

James Wade’s return to his consistent ‘Machine’-esque nickname over the last year has seen him claim two TV titles as well as finishing runner-up in The Masters last month.

As mentioned earlier, he has the 3rd best win % since the beginning of 2018 which regularly sees him go deep in tournaments. Indeed, he’s made the quarter’s or better in 12 of his last 21 TV tournaments, and at 36.00*, he could very easily go deep here. He previously won the UK Open in 2011 and 2008.