The gap is widening, and United need to close it.

The Manchester Derby turned out to be a one-sided affair.

United were unable to stop City from gaining another three points, and rarely looked like challenging the champions during the match.

Our friends at Football Whispers are here to look at how large the gulf has become, and what can be done about it.

There was a time when losing a Manchester Derby was one of the most humiliating things that could happen in a United season. A picture paints a thousand words and the fact that few people batted an eyelid at City’s 3-1 win paints a bigger picture than the gap in the league table.

That, though, is already 12 points. In terms of the match itself, City outshot United 17-6, and the only shot on target that Mourinho’s men mustered was Anthony Martial’s penalty.

Although the red side of Manchester were all optimistic about a result, given the high that the team were coming off from Turin, the chasm was there to see before the match even kicked off.

Combined XIs are the new thing to do before each big game, but for the Manchester Derby the exercise was less about putting together the best team and more about how to fit in a couple of United players.

The match itself only bolstered David de Gea’s claim to be included over Ederson after the Brazilian’s rush of blood to the head gave United a lifeline, but who else deserves to be in there over a player in sky blue?

There’s Anthony Martial, arguably. Left-side of attack is the area where the two squads are closest in quality, but it would be a hard argument to make that the Frenchman has had a better season so far than Raheem Sterling, who’s now on six goals and five assists in the league.

The areas where City are weakest, United are also weak.

Right side of attack is one, where United seem to be most effective with Juan Mata and City have a step down in star-power with Riyad Mahrez. Defensive midfield is the other, where Ander Herrera, Fred, and Nemanja Matic fail to make convincing cases to be put ahead of Fernandinho, City’s only real DM. 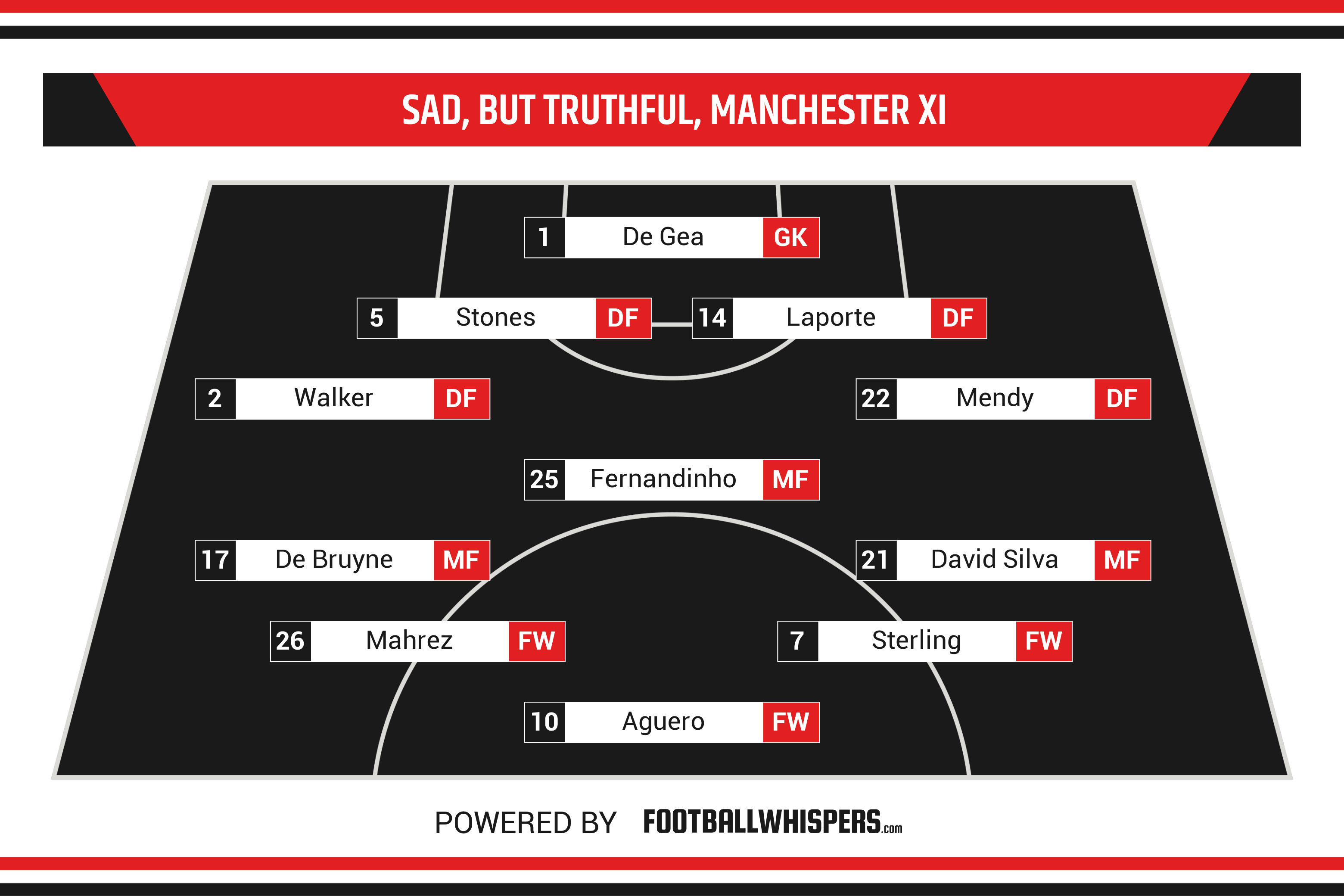 What can be done to bridge this gulf that’s opened up across Manchester?

A simple answer would be to buy better players, given that the recent transfer history at Old Trafford hasn’t exactly been stellar, but that might not be as simple as it sounds.

Although tapping-up is forbidden, all clubs will do some work to find out whether their targets are likely to want to join their club. With the money that City can pay, the array of stars they already have, and the opportunity to work with Pep Guardiola, the Etihad would attract almost every player in the world.

While the United name and history still holds a certain weight, that’s about all that’s going for the club in terms of what they can use to attract players (well, and money, although they might not quite be able to rival City). 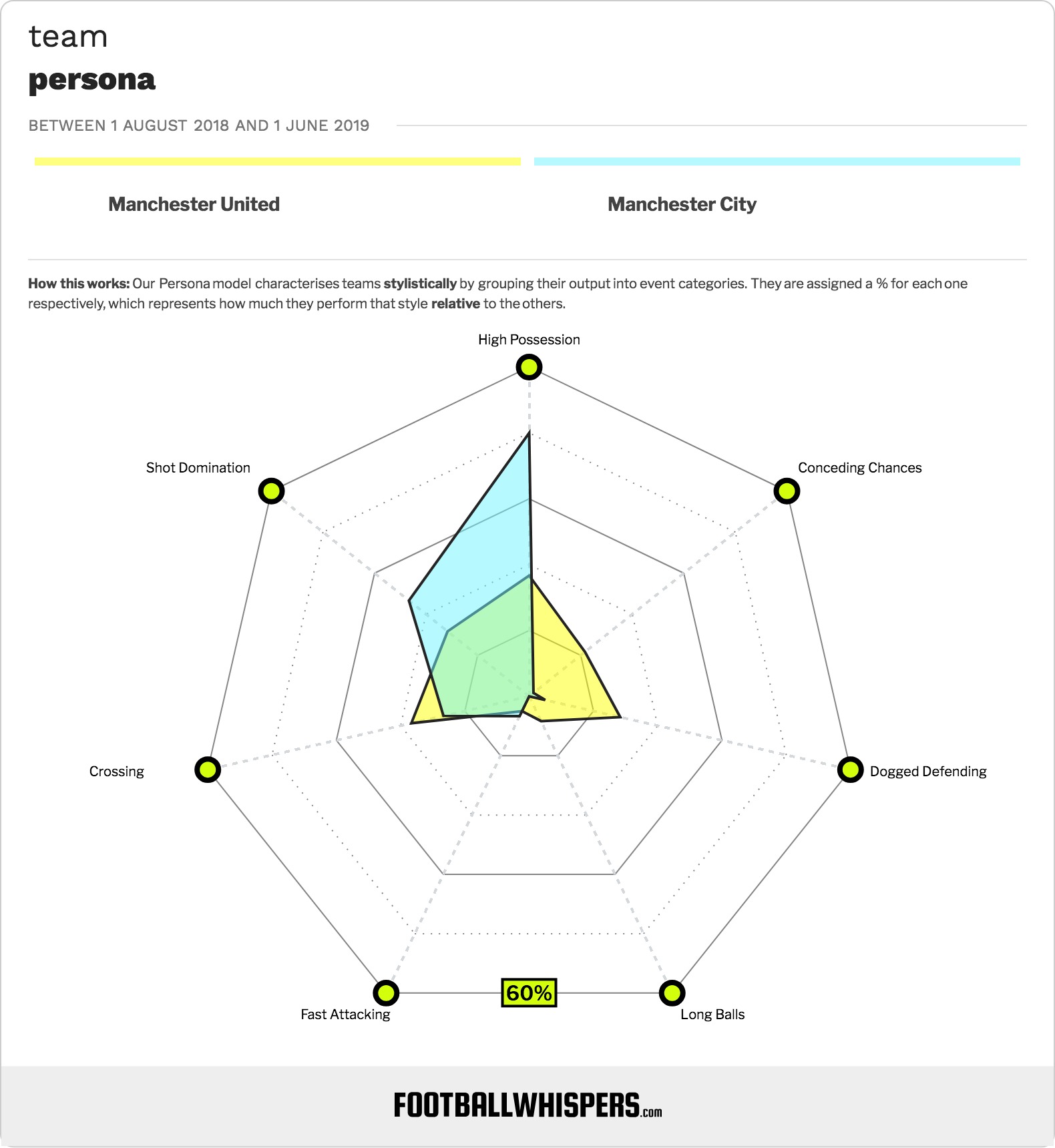 Given the fees that United have spent on transfers recently, they’d be able to afford some of the stars that City have attracted, but the likes of Aymeric Laporte, Benjamin Mendy, Kyle Walker, or Riyad Mahrez simply wouldn’t be interested in joining the Red Devils.

Instead, United need to be smarter.

A ‘project’ isn’t just a sensible way of planning for the future, but it helps players to buy in to the club.

People want to feel part of something bigger, and players are smart enough to know that only a handful of clubs each season can win trophies, and that winning them can be down to the flip of a coin at times. You’re far more likely to meet your goals aiming for a project rather than a trophy count.

Look around the rest of the Premier League, and most feel like they’re working on a project.

The City and Liverpool projects are well underway; ditto for Tottenham, although they’ve stumbled of late. Arsenal and Chelsea have both brought in new managers who like to build things; Eddie Howe’s Bournemouth are finally blooming; and Brighton and Wolves are two clubs further down the table who definitely have someone at the club drawing up long-term strategies.

It doesn’t seem clear, and that needs to change. Because, as the Derby on Sunday showed, not having a project isn’t working at all.