Daniel Cox takes a look at why Lukaku deserves more respect from his critics.

Will Lukaku get a goal against Reading?

When Romelu Lukaku scored a brace in United’s comfortable 2-0 win over Burnley at Turf Moor last weekend, he equaled a milestone which has got many people talking about the forwards extraordinary strike rate in the Premier League.

The Belgian front man has now scored 104 Premier League goals, matching the former Chelsea legend Didier Drogba’s record in the league, but doing so in 30 games less than his former teammate.

Many believe that Lukaku hasn’t fulfilled his potential at the highest level after making the move to Chelsea back in 2011. But if you compare the record Lukaku has in the English top flight compared to other Premier League legends then you have to give the Belgium international credit for the job he has done.

It was never an easy start at Stamford Bridge for Lukaku, joining the London club at the age of 18 would have been difficult for any player, especially with the fact that Chelsea already owned top quality forwards in Fernando Torres, Daniel Sturridge and club legend Drogba. 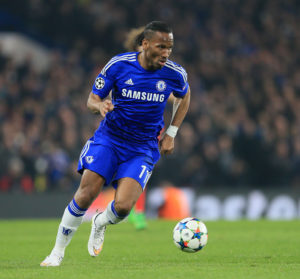 After limited appearances, Lukaku made the bold decision to move away from Stamford Bridge and on to West Brom.

A phenomenal record at the Hawthorns saw the player score 17 goals in 35 appearances, which is remarkable for any 20-year-old.

What was equally as remarkable was the fact that Chelsea did not feel the Belgian was required at Stamford Bridge the following season, loaning him to another Premier League side on the blue side of Merseyside before allowing him to make the permanent move to Everton a year later, a decision that many were baffled by considering the Chelsea’s forward crisis.

Lukaku thrived on Merseyside, scoring 51 goals in 106 appearances for the Toffees.

The forwards power and precision were nothing to be overlooked, with Lukaku himself using similar techniques of that of his heroes, with the player admitting he watches videos of Premier League legends, so that he can mirror their abilities.

A move to one of the biggest clubs in the world beckoned, as Jose Mourinho wanted to add to his attacking options, with Zlatan Ibrahimovic sidelined for a long period of time. 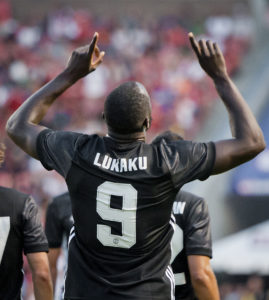 Lukaku got off to a great start when he joined United and played a role in their pre-season tour.

£75m was the price Lukaku cost to move to the Theatre of Dreams, and some may say the forward has disappointed thus far, but to be frank, he has only been a success and will continue to be a success as the powerhouse was the club’s top scorer in his debut season with 27 goals in all competitions, which cannot be dismissed.

One of the few differences between Lukaku and Drogba, is that the latter’s trophy cabinet was bigger than his compatriots.

Drogba won a number of individual honors such as the African Player of the Year, whilst also winning the Premier League Golden Boot in 2007.

If Lukaku wants to get to the same dizzy heights that Drogba was at, then he perhaps needs to be more selfish, as the Belgian has shown many a time he is a team player.

Many people like to judge Lukaku on his record against the so-called top six, with the forward only managing 15 goals in 58 appearances.

He had a wonderful chance to add to that tally in the 3-0 home thrashing Spurs gave United the other week, as the turning point came after Lukaku’s golden opportunity in the first half saw a near enough open goal effort go just wide of the post.

One big miss does not define a player, performances do which is why Lukaku probably made people question if their judgements were right about him on the weekend, when he singlehandedly tore the Burnley defense apart, giving Ben Mee a very tough afternoon.

The Belgian should look to kick on from that, ignore criticisms thrown his way and look to win more individual honors as well as team ones at Old Trafford in the near future.