Famous Five: The most memorable Cricket World Cup games ever

The Cricket World Cup has provided us with plenty of drama and excitement down the years as Matthew Crist explains. 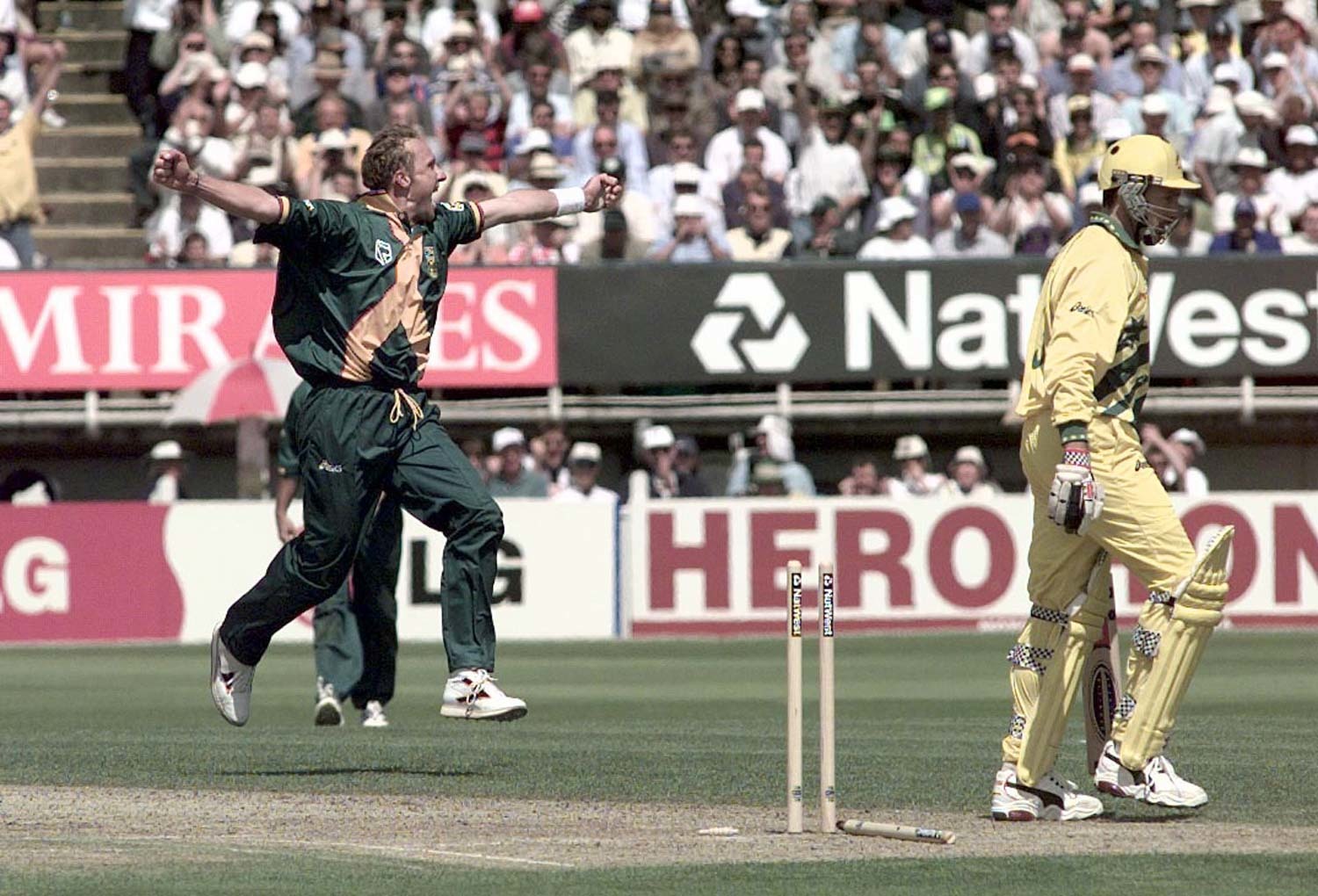 With the cricket World Cup just days away here’s a look back at some of the most thrilling games in the competition’s history, as well as a few shocks and surprises which have had us all talking down the years.

These two giants of the game contested the first ever cricket World Cup final which was held in England in the summer of 1975 when one day cricket was a little more sedate than today as a 60 over per side format often resulted in test match style games just over a shorter period.

But that wasn’t the case in this showpiece at Lord’s as Clive Lloyd blasted his way to 102 off just 85 balls to set a total of 291 for the West Indies who had thrilled the English crowds with their swashbuckling style of play over the summer.

The Aussie reply was halted by the sheer pace and ferocity of the West Indies bowling attack while Viv Richards was electric in the field, though Australia’s final pair of Lillee and Thomson put up something of a fight, sharing 41 runs between them and almost pulled it off before Thomson became the fifth run-out victim of the innings to spark wild celebrations both on and off the field.

Mike Gatting is often remembered for that ball, when he was bowled by Shane Warne’s first ever delivery in test cricket in 1993, but this would be the England skipper’s other that ball moment which proved to be just as costly.

David Boon had struck 75 off 125 balls and gave the Aussie’s hope after the first innings while Mike Veletta fired a quick fire 45 to take them to a respectable 253/5 after 50 overs but in all honesty the target was more than achievable especially when England got off to a pretty solid start.

Despite losing Tim Robinson first ball, Gooch and Gatting steadied the ship, with the help of Bill Athey’s painfully slow 58 off 103 balls which may have been responsible for the Middlesex man’s moment of madness as he greeted opposite number Allan Border’s first delivery with a reverse-sweep which went looping to the point fieldsman. Gatting went for 41 and England’s hopes of a first ever World Cup win soon followed as the inevitable batting collapse saw them fall an agonising seven runs short. 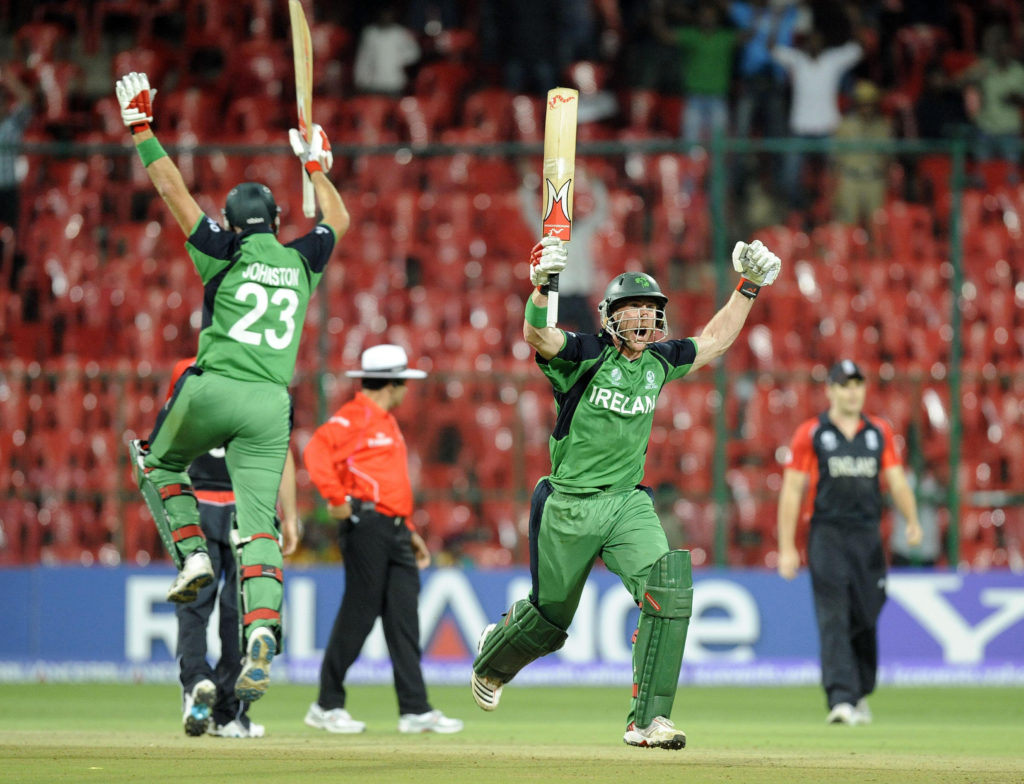 Team by team guide to the 2019 Cricket World Cup

There have been plenty of upsets at the World Cup down the years, but none were perhaps as fascinating as the time Ireland triumphed over England by three wickets in Bengaluru in one of the finest displays ever seen by one of the lesser fancied sides in the competition.

Kevin Pietersen’s 59, Jonathan Trott’s 92 and Ian Bell’s 81 – took England to a solid 327/8 and it could have been more but for an inspired display by John Mooney, who picked up 4 wickets for 63 and prevented a late flourish by England; who at one stage were at 278 with seven overs remaining.

In their reply the writing looked to be on the wall for the Irish who were 111/5. However, Kevin O’Brien’s 63-ball 113 – still the fastest century in World Cup history – and superb support from Alex Cusack with 47 and that man Mooney again, who was unbeaten on 33, meant Ireland reached their target in the last over with three wickets in hand.

Surely the greatest game of one day cricket ever seen this match had everything and what’s more it occurred in the semi-final of the World Cup between two of the most dominant sides in world cricket of the day.

Batting first, Australia scored a modest 213 by today’s standards, with Steve Waugh hitting 56 and Michael Bevan a steady 65, while Shaun Pollock returned 5 for 36 and Allan Donald 4 for 32, but little did those in the Edgbaston crowd that day know what was about to follow after the break.

The South African chase went down to the last over, with the dangerous Lance Klusener at the crease with tail-ender Alan Donald for company, and nine runs to get off Damien Fleming with one wicket in hand. With the first two balls of the over being dispatched to the boundary the job looked done.

But with Klusener bringing the scores level with three balls remaining Alan Donald inexplicably ran himself out with two balls left meaning Australia advanced to the final due to the fact they had won the Super Six encounter between the two earlier in the tournament and went onto lift their second World Cup and the first of three straight titles.

The South Africans have earned themselves a reputation as the chokers of the World Cup down the years, often promising much but failing to deliver when it counts and you can see why after this heart-breaking semi-final defeat to New Zealand in 2015.

Thanks to an inspired performance from Faf du Plessis, who struck 82, AB de Villiers chipped-in with 65 from 45 balls and David Miller’s quick fire 49 South Africa closed on 281/5, a target which was revised to 298 in 43 overs after a rain delay as the Proteas looked to finally win their first ever World Cup.

The task looked all but impossible for New Zealand, who had never reached a World Cup final before, as they stumbled to 149/4, but superb performances from Grant Elliott and Corey Anderson brought the Black Caps right back into it and as fellow batsmen fell around him it was Elliott who saw his side home, finishing 84 not out from 73 balls; sealing a place in the final with one ball left. 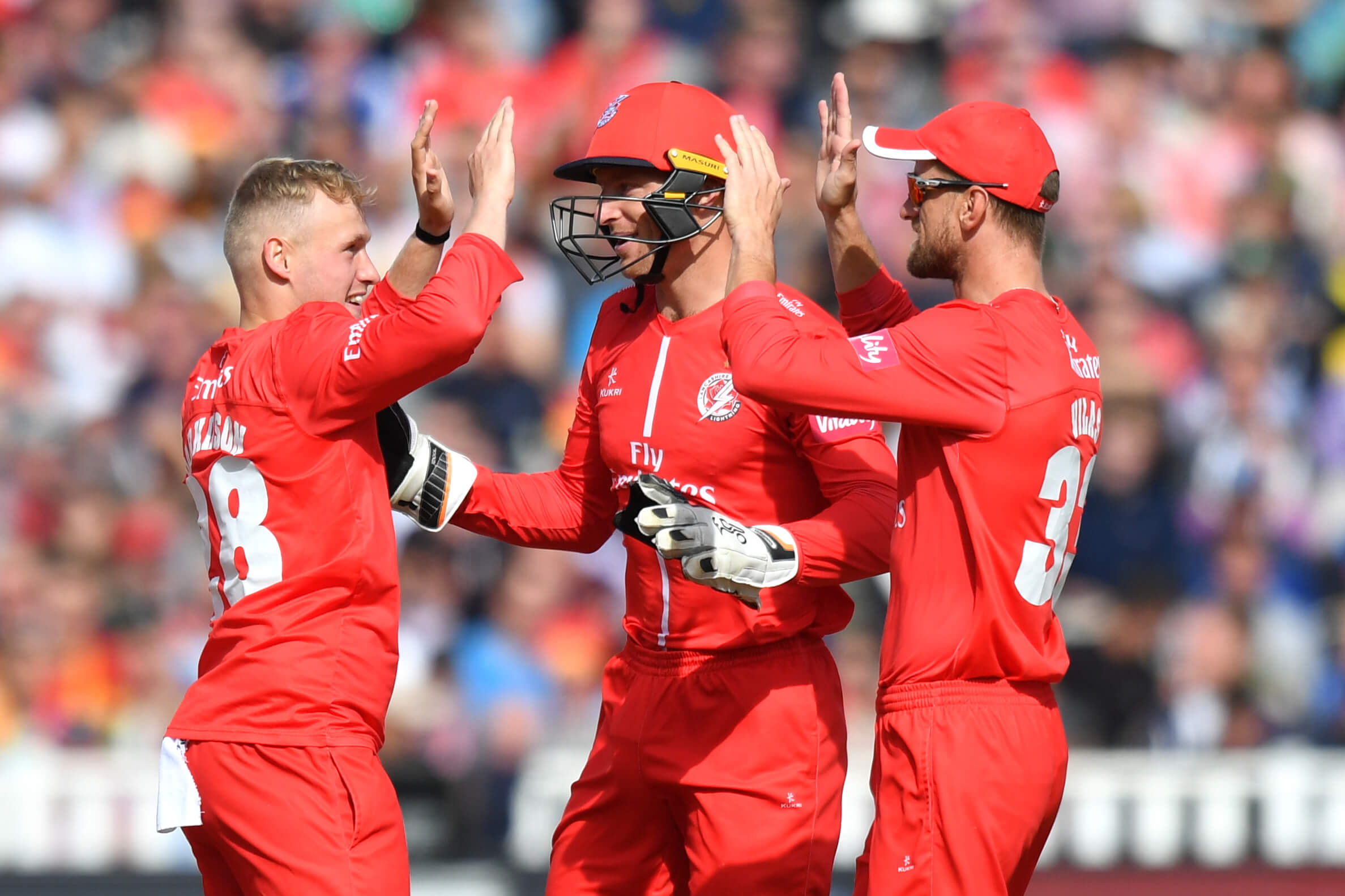