Manchester United’s 3-0 defeat to Tottenham was remarkable for many things beyond the result; among them was Jose Mourinho being very un-Mourinho-like and experimenting with his formation.

Starting Ander Herrera as a defender in an unorthodox and alarmingly-open 3-3-3-1, it ultimately failed – despite United playing pretty well in the opening 30 minutes – and although perhaps the Portuguese should have been praised for his adventure, it only gave rise to the impression he is losing his touch.

While it would have been fun to witness further experiments, the need for a result at Burnley saw the United manager find comfort in familiarity: a flat back-four in a 4-3-3 with Marouane Fellaini in midfield.

He may be a blunt instrument to many, a one-dimensional footballer who is the embodiment of pragmatism on the field, but once again the Belgian proved his effectiveness with one of his best performances in a United shirt.

With a new contract signed in the not-too-distant past, our friends at Football Whispers explain why United supporters need to give the divisive midfielder more credit.

Matching Burnley’s physicality, Fellaini was adept in sweeping up in front of the defence and keeping the hosts largely at arm’s length from a brittle United defence whose members must have been feeling bruised following so much criticism, internal and external.

Winning seven headers and making seven clearances, while completing 92.6 per cent of his passes ensuring possession wasn’t surrendered in vulnerable areas, this wasn’t particularly easy on the eye. But it got the job done, which is what United needed.

The additional security he provided also allowed full-backs Luke Shaw and Antonio Valencia to get forward safe in the knowledge there was cover behind them.

Back Manchester United to win their next three Premier League games at 5.50 with RedArmyBet *

Victory means there is – for the first time this season perhaps – a degree of calm at Old Trafford going into the international break with perceived unrest between the boardroom and dugout taking a backseat on the media agenda.

Confidence should, therefore, be somewhat restored ahead of the tricky-looking trip to Watford after the international break and the noise leading into the match shouldn’t be so much about Mourinho or Ed Woodward or Anthony Martial, but how United can build on the win at Turf Moor.

Fellaini is the embodiment of David Moyes’ ill-fated Old Trafford reign so it is unsurprising the bruising Belgian’s inclusion in the side usually provokes frustration among United fans.

Yet he could be the man to bring some much-needed tranquility to the club at a troubled time. He’s also highlighted what his fellow midfielders perhaps need to bring to the party moving forward, at least in the short term: simplicity. 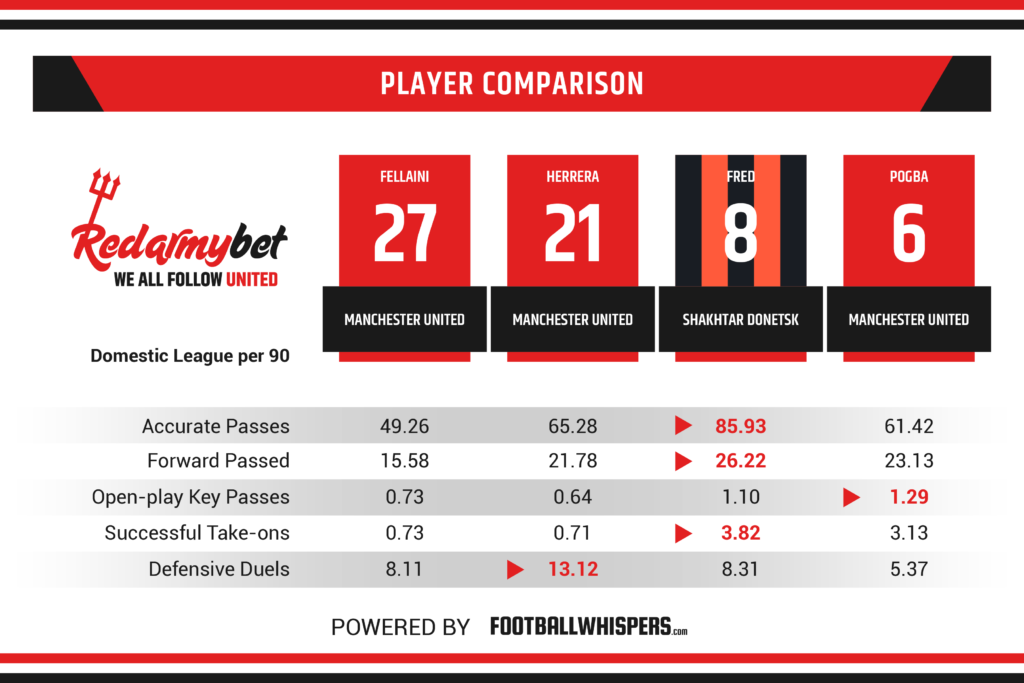 Clearly new signing Fred isn’t quite up to speed with the Premier League and that is understandable having come from Ukraine where he was playing for a dominant Shakhtar Donetsk side.

Not only do United exist in a very different environment, they are not yet a team fully imposing themselves on matches.

The Brazilian’s job is to do precisely that, but in a new league and country it’s unfair and unrealistic to expect him to hit the ground running. Fred has perhaps tried to run before he can walk and his expected energy will come in time if he reins in his natural instincts for a while.

Fellaini should keep his place for Vicarage Road but Fred’s chance will return soon enough; he needs to focus on doing the basic things well to build an understanding and rhythm within the team. The rest should then flow.

Paul Pogba was alongside Fellaini and Nemanja Matic in the engine room at Turf Moor and was afforded greater license to attack thanks to the added protection supplied by Fellaini. But the Frenchman can use his much-maligned team-mate as a yardstick for the art of positioning in midfield.

For all his faults, the 30-year-old sticks to his task and even when touches and passes are pinging out of play or the foul count is totting up, he diligently sticks to his role and the game-plan – a necessity in a Mourinho side. 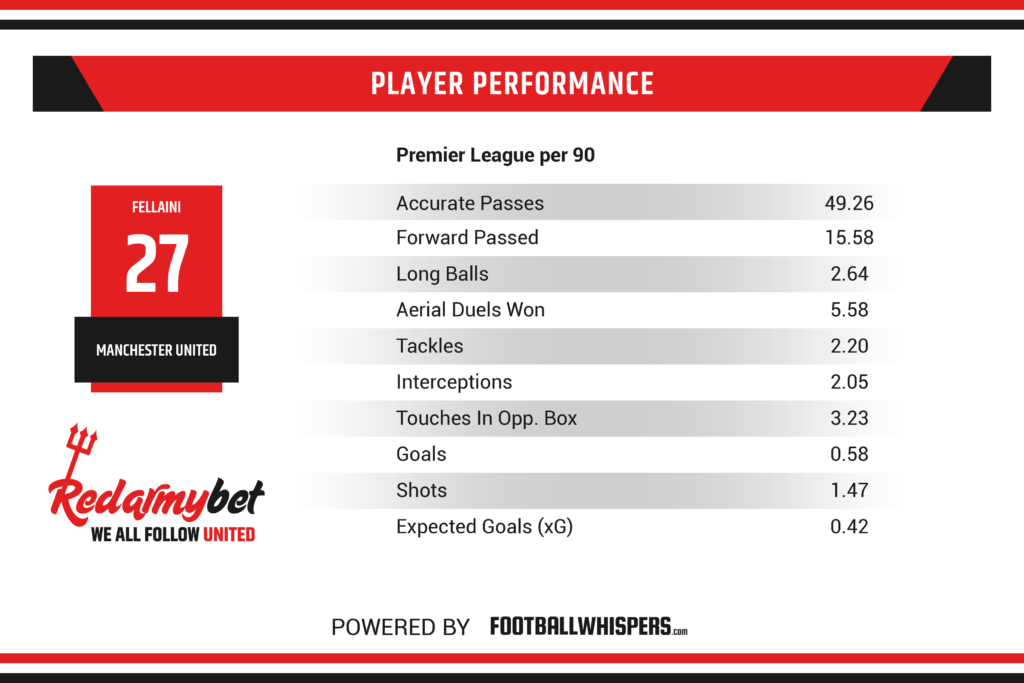 Fellaini’s display will serve as a lesson for Andreas Pereira too. Thrust into the first-team picture following a strong pre-season, the youngster was swiftly removed following the debacle at Brighton.

Inconsistencies are natural – to be expected, even – given his lack of experience. But Fellaini’s performance against Burnley was an example of shining by simply playing the percentages.

The game was set up perfectly for Fellaini. Burnley are one of the few throwback sides in the Premier League, playing a physically-demanding, no frills style with a need to relentlessly compete across the 90 minutes.

Back Romelu Lukaku for the Premier League Golden Boot at 15.00 with RedArmyBet *

United were never going to deliver a sparkling performance of intricate attacking patterns and thrilling passing interchanges and it can’t be a coincidence both goals were scored through Romelu Lukaku’s sheer penalty box presence and power.

That won’t be the case for the majority of the season, more will be expected against better opposition – which is where Fellaini’s limitations will be exposed.

But there is a time and a place for everything and although the renewal of his contract in the summer generated considerable pessimism, Fellaini helped deliver some much-needed optimism around the club.

5 lessons United must have learned from Spurs defeats