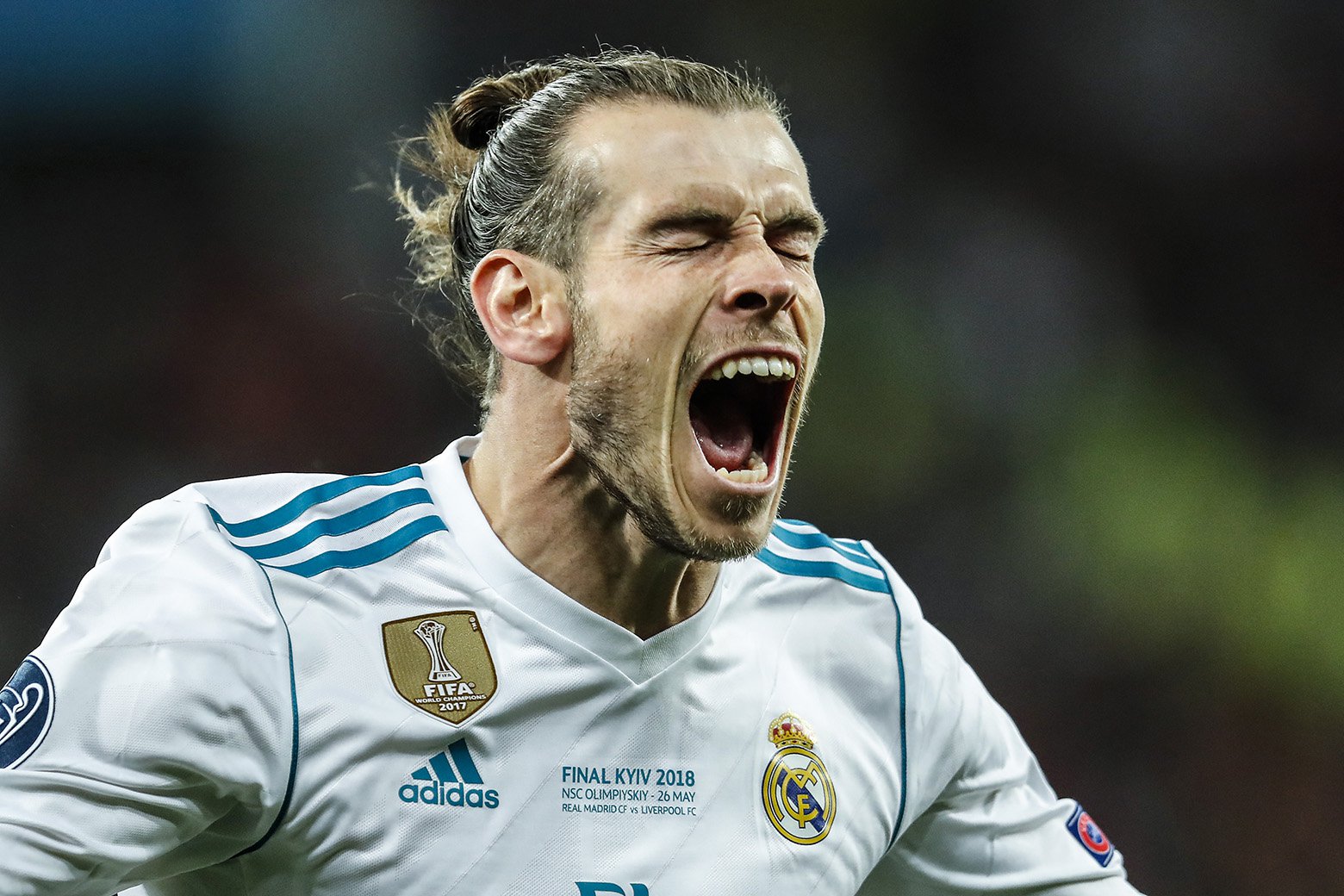 After a game-changing performance in the Champions League final, Gareth Bale’s stock has risen as high as his overhead kick.

The Manchester United transfer target has also been linked with Tottenham Hotspur and Chelsea, although it seems that the Red Devils are the most likely to sign him.

Current available at 13/2 with RedArmyBet to win the Premier League next season, they could do with bolstering their squad if they want to properly challenge for the title next season.

Our friends at Football Whispers had a look at where the Welshman would fit in at Manchester United.

How does Bale play now?

Injuries meant that Gareth Bale only made 26 league appearances last season, but when he plays his role in like that of a primary striker. He takes the third most shots per 90 minutes in La Liga (3.84) and these dominate his persona radar, exclusive to Football Whispers, which characterises players stylistically according to their stats. 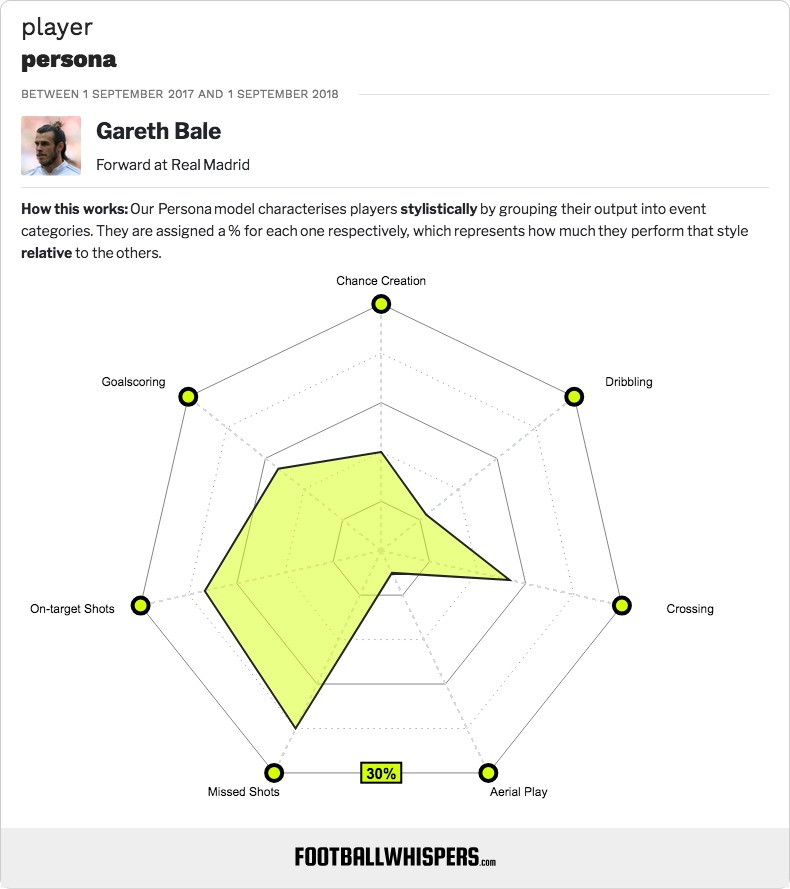 ​Bale also sets up the fifth-most shots from open play (1.94 per 90), and this ability to both take and create chances makes him a valuable asset.

However, should he move to Manchester United, the chances are he would be required to play narrower than he does at Real Madrid. There he helps provide width for the side, a role almost exclusively filled by the full-backs in Jose Mourinho’s team.

In United’s 4-3-3, it is the left-sided attacker who joins the centre-forward more than the right-sided attacker. As can be seen by comparing Bale’s persona radar with that of Anthony Martial and Alexis Sanchez though, this is a different role than the one Bale is used to. 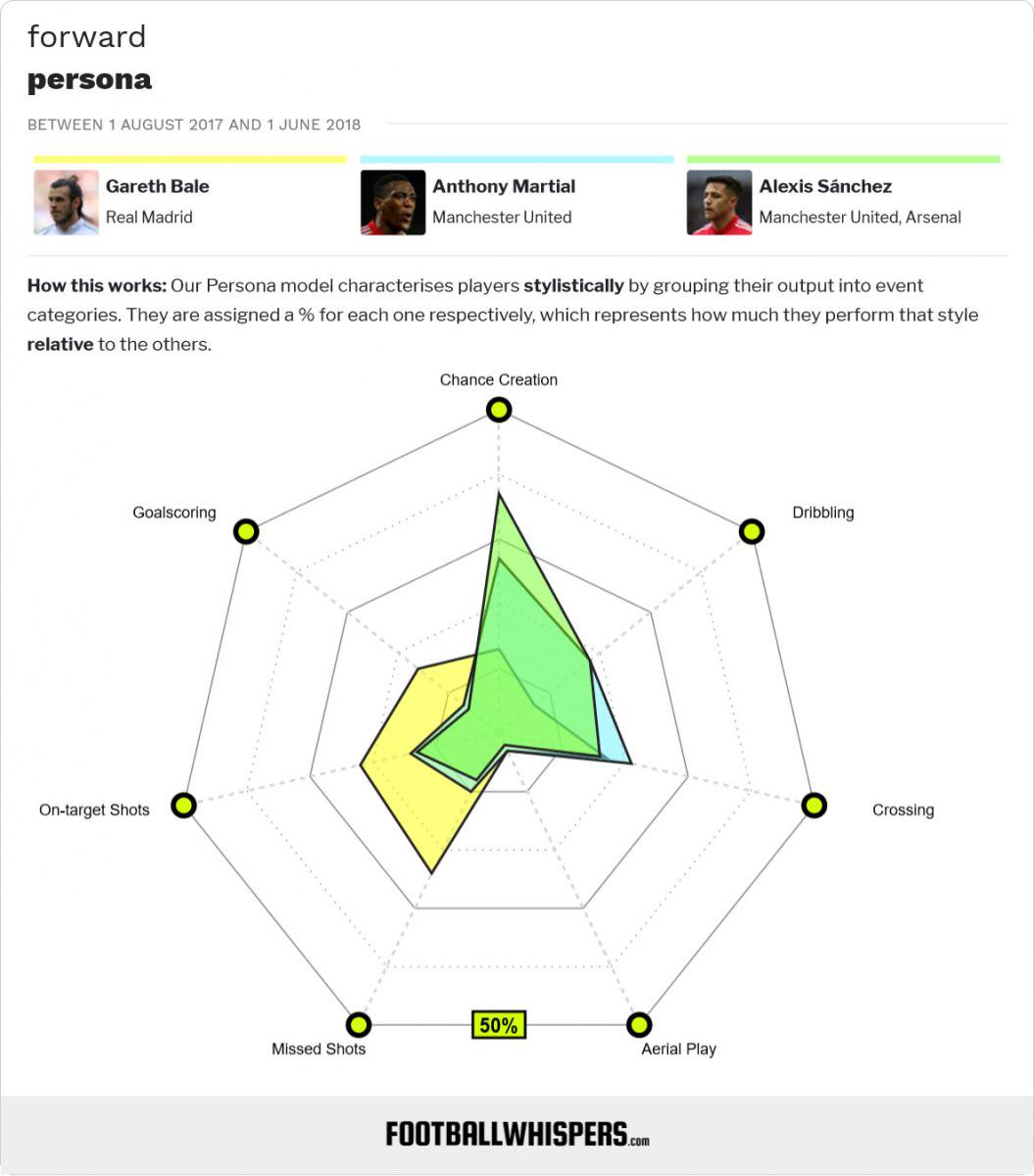 ​Perhaps the addition of Bale might force Mourinho to make a change. To better utilise the Welshman’s skills, Bale could stay in a similar role to the one he’s played in Madrid – largely playing wide but joining as a supplementary centre-forward when the ball is in the final third.

However, this would require a full-back who can provide the width high up the pitch when Bale moves centrally. Needing to run up and down the whole flank requires a high level of athleticism, and this might not be something that United’s current full-backs can offer.

United captain Antonio Valencia’s persona is that of a more defensive full-back than Dani Carvajal of Real. 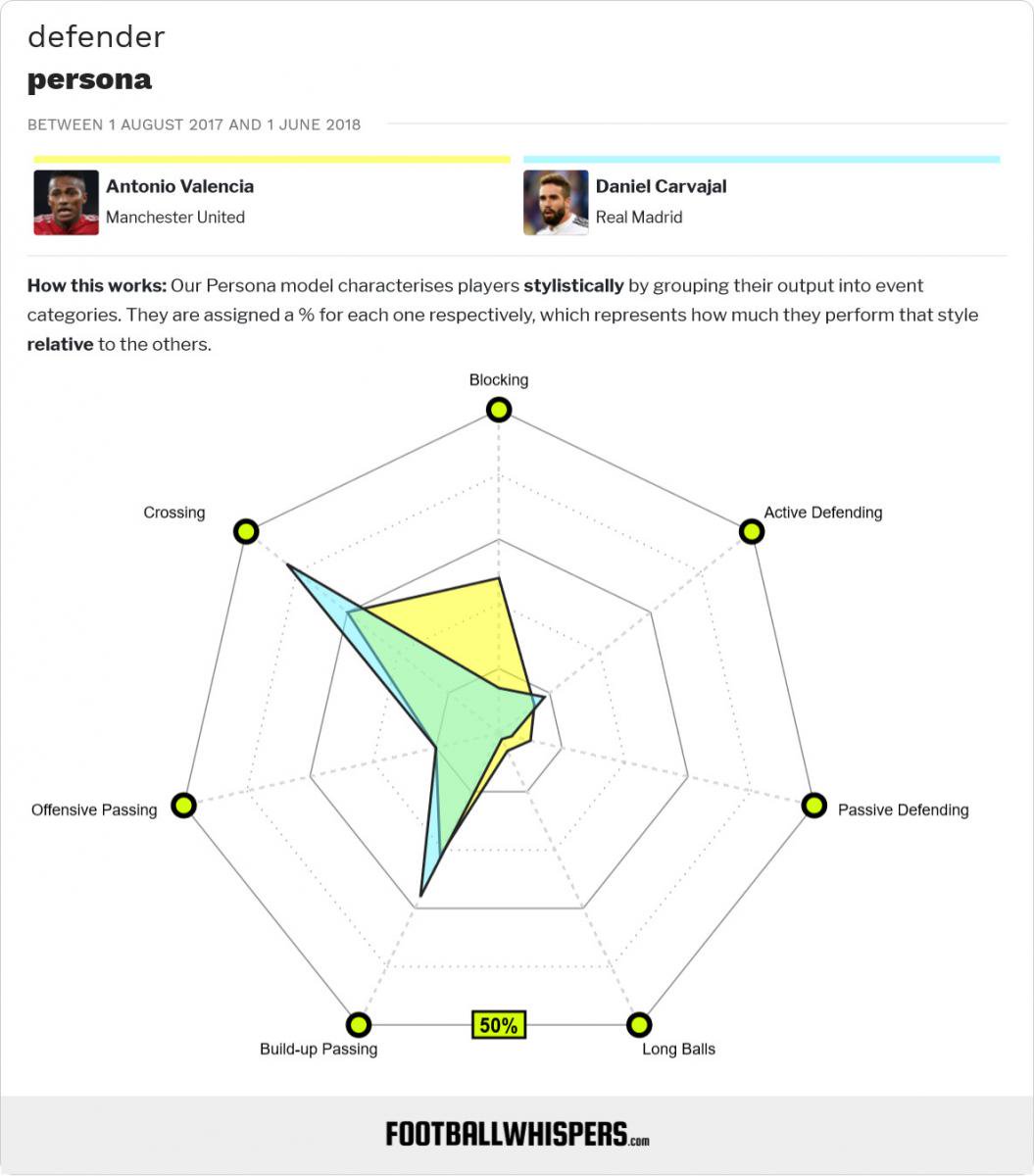 ​Bale being deployed as the main supplementary striker would have a knock-on effect for United’s other forwards. Martial, Sanchez, and Marcus Rashford might be pushed into more of a supporting role when they get on the pitch, which is unlikely to go down well with them.

On the other hand, if Bale, Lukaku, and one of the above trio are all used as full-blooded attackers then United will need to be more defensively solid than they were this season.

Although the Red Devils finished second this season, they conceded the sixth highest amount of Expected Goals (44.4, or 1.16 per game). This was closer to West Bromwich

Would this mean Paul Pogba would have to play a more restrained role? Or would Mourinho need to sign an elite defensive midfielder?

So, how would Bale fit in at Manchester United?

Either Bale or Mourinho would have to change something if the Welshman joined the club. The tinkering needed to fit him in would probably be small on the surface, but would have

significant ramifications for others in the side.

One thing is for sure though. A Manchester United side with the four-time Champions League winner involved would be a great thing to watch.