Betting tips, preview and enhanced odds for the 2019 Players Championship.

The Players Championship signals the start of the golfing summer and once again the biggest names in the game will be looking to start the season in style, including Manchester United fan Rory McIlroy.

Although not officially a major the Players Championship is one of the most prestigious events in the game and for many heralds the arrival of the summer golfing calendar after what seems like an endless winter schedule with the biggest names in the game keen to get their season off to a winning start.

Having moved from May to March the championship is something of a precursor to the Masters, which tees off next month, and a golfer’s confidence can be bolstered or bruised depending on how they perform here and once again a stellar line-up of the world’s best will be at TPC Sawgrass on Thursday.

Situated in Ponte Vedra Beach, Florida, Sawgrass is almost as iconic as Augusta National itself thanks to its iconic island green at the 17th hole which has claimed plenty of victims down the years but who is likely to be heading to one of the most daunting par threes in with a shout come Sunday?

Once again huge Manchester United fan Rory McIlroy narrowly missed out on glory last week after a frustrating final round at Bay Hill in the Arnold Palmer Invitational, though if he can take the positives from a series of near misses in recent months is likely to be right there in the thick of it come Sunday.

The Northern Irishman and lifelong Red Devil was one shot off the lead going into his final 18 but only managed a closing level-par 72 which saw him finish four shots behind Italian Francesco Molinari who took the title with an eight-under par 64.

But McIlroy, who has finished in the top six in each of his five PGA appearances this year, remained upbeat despite the slump claiming: “I’m playing well. I’m getting myself into contention every week, that’s the great thing about golf, you don’t have to wait too long to get back on the horse” and is as short as 12.00* as he chases his first Players Championship title.

Tiger ready to roar once more

The fact that length off the tee is likely to play a huge factor once again means that we are likely to see the usual big hitters in contention over the weekend and it’ll be no surprise to anyone that Dustin Johnson is a 12.50* chance to be victorious while former champion Ricky Fowler should also be able to work the ball well down the fairway nicely and can be backed at 20.00* to land the spoils.

Justin Rose is in great form over the past 12 months and although a little rusty of late always offers value for money in the betting and can be also be backed at 20.00* to win here while it would be a mistake to overlook last week’s winner and 2018 Open Champion Francesco Molinari who played so well at Bay Hill, especially at the price of 22.00*.

But if there’s one name which is synonymous with Sawgrass it’s Tiger Woods and the two time winner will no doubt be turning heads again as he mounts his latest comeback after missing Bay Hill with a neck strain.

The driver hasn’t been as consistent of late but if he can keep the ball in play he’ll stand every chance of being victorious once more and the fact that his putting has improved hugely and his iron play is almost back to its best, backing Tiger at 24.00* could be the smart bet. 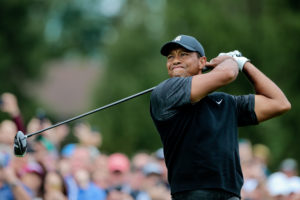 The Players Championship begins on Thursday and coverage starts from 5pm on Sky Sports The Players.