Jose Mourinho is a manager with a number of problems to solve.

Getting the best from and finding consistency in Paul Pogba, being able to match defensive strength with a style that begins to approach entertainment and, ultimately, catching the runaway train of Manchester City.

However, no overriding issue is quite as emotive as Marcus Rashford and where the future of United’s brightest English academy product since the frustratingly false dawn of Ravel Morrison lies.

In an ever-changing cast of international stars and fresh transfer rumours, Wythenshawe-born Rashford provides that precious link between the Stretford End and the field but, in football, realism trumps romance and his career at Old Trafford will depend on performances not birthright.

Mourinho gave Rashford a career-high 1,810 Premier League minutes last season – 107 more than 2016/17 – and 17 starts, one more than the previous term. The Portuguese’s reward was his most productive campaign of seven goals and five assists; one every 150.8 minutes.

That said, combining his league and European game-time reveals a different equation as in 2017/18 Rashford played 315 minutes fewer. Granted, the Champions League is a superior competition to the Europa League. But if your manager trusts you to be good enough you should play.

There is still a growing sense that while Rashford is 20 and clearly has a long way to go in his development, Mourinho doesn’t know exactly how he wants to use him and, delving into the mischievous, feels slightly obliged to play him rather than truly believing in his qualities.

Rashford underlined his enormous quality once more on Thursday evening with a man-of-the-match display, capped by a stunning, dipping drive from the edge of the box, as England beat Costa Rica at Elland Road in their final World Cup warm-up.

He will be an important part of Gareth Southgate’s squad this summer, but can Mourinho get the best from him? Our friends at Football Whispers assess how and where the precocious forward could fit in at United next season. 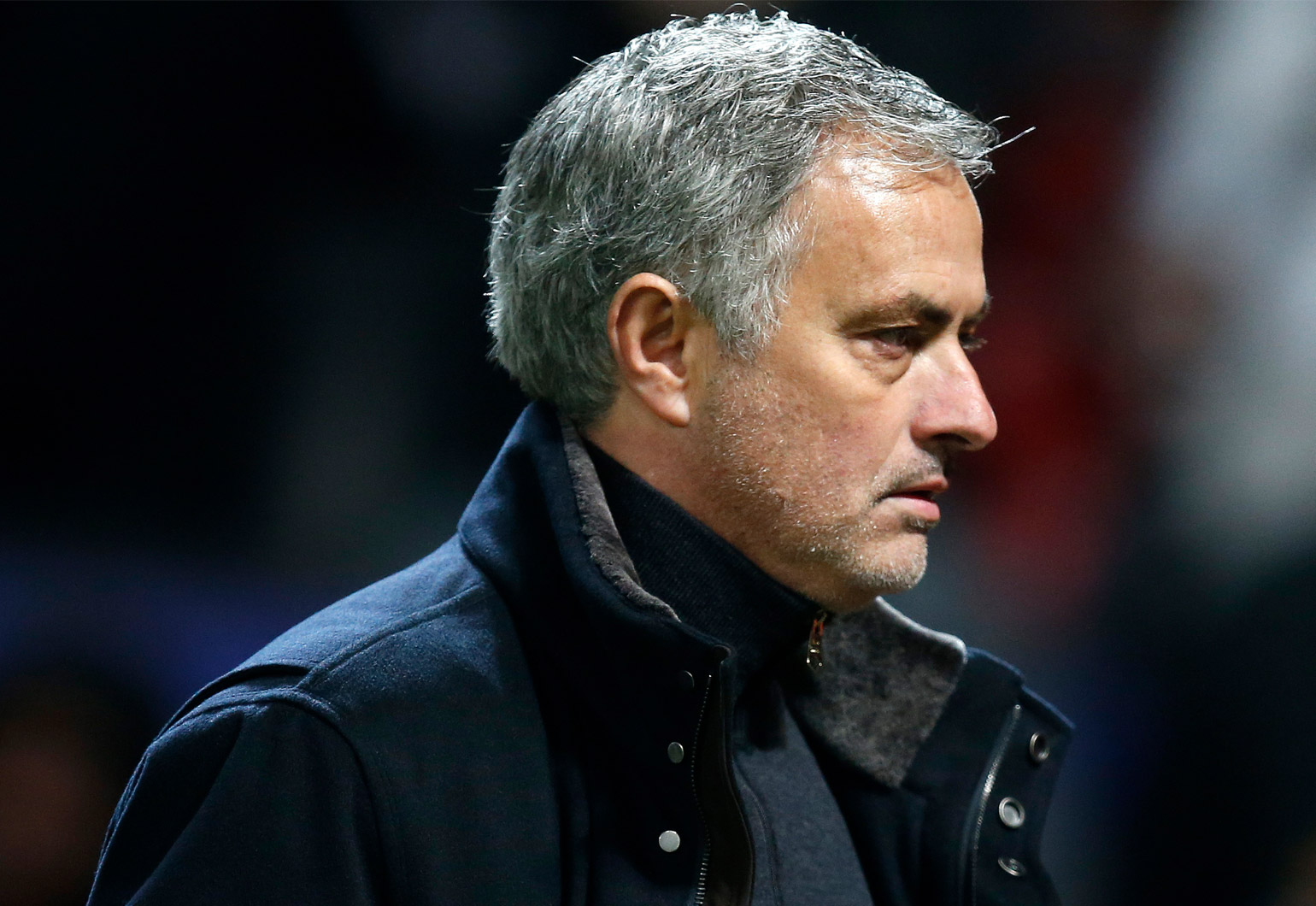 This was Mourinho’s go-to set-up for chunks of last season as the United manager started his team in this formation 22 of 38 Premier League matches. As a striker there isn’t much room to manoeuvre within this and, unsurprisingly, Romelu Lukaku’s presence pushed Rashford out to the fringes.

The Belgian is an orthodox Mourinho-style target-man. He does not possess the most reliable first-touch but is the physical and aerial presence the Portuguese wants, a la Didier Drogba, Diego Milito and Benni McCarthy from his previous clubs.

Rashford, therefore, was mainly shunted out to the left which became his primary position for 2017/18, with ten of his 17 Premier League starts in this role.

It is testament to Rashford that he pushed himself ahead of Anthony Martial in this regard. The Frenchman may appear the more obvious attacking talent but Rashford’s defensive qualities and selfless nature made him a more appealing and reliable selection.

From this position, Rashford delivered four goals and four assists and, in the short term at least, it appears the most obvious place for him to earn minutes moving forward.

Lukaku was clearly superior in the air – and 10cm taller – which immediately lends him to being more suitable in that role. He won 3.41 aerial duels per 90 to Rashford’s 0.89 and had a 52 per cent success rate compared to the England international’s 41.8 per cent (and that’s not regularly competing against centre-backs).

But in finishing numbers the divide becomes more apparent as Rashford’s 33.8 per cent shooting accuracy was well down on Lukaku’s 50; he averaged a goal every 8.71 shots compared with the Belgian’s 5.375 and his xG per 90 was 0.25 against 0.49.

Mourinho’s desire to have that idealised and traditional No.9 will always count against Rashford. But to force his way into his manager’s thoughts as a solitary striker he needs to become more efficient in front of goal and make better use of his frame.

It’s the formation United fans probably crave the most as it theoretically draws the best out of their attacking players and stops the ball getting bogged down in midfield, a by-product of Mourinho’s conservatism so many times last season.

The Portuguese tactician started ten Premier League games this way but primarily in the second half of the season, influenced by the arrival of Alexis Sanchez from Arsenal.

Mourinho’s inert caution rarely permitted him to go all-out attack and the right-handed berth was usually occupied by Juan Mata, despite Rashford being a more natural fit, given his preferred foot.

United’s hefty outlay on Sanchez means he will occupy the left side for the immediate future. But if his performances continue to deteriorate, sooner or later Rashford will surely be given a chance in a more advanced role.

That is unless Sanchez’s poor form forces his manager to retreat back to a 4-2-3-1. But, should he not – and for the hypothetical purposes of this discussions he can’t – Rashford’s suitability is obvious; his pace and knack for cutting inside to support Lukaku making him an ideal alternative.

Tellingly, despite operating in a more withdrawn position than the Chilean, Rashford out-performed at United for total scoring attempts per 90 (3.08 to 1.63) and touches inside the opposition box (5.57 to 5.33). Those numbers would only swell further if he was given greater license to attack.

Martial also comes into the picture in this regard but the France international’s days at Old Trafford look increasingly numbered which, barring any further arrivals in that area of the field, can only be of benefit to Rashford. 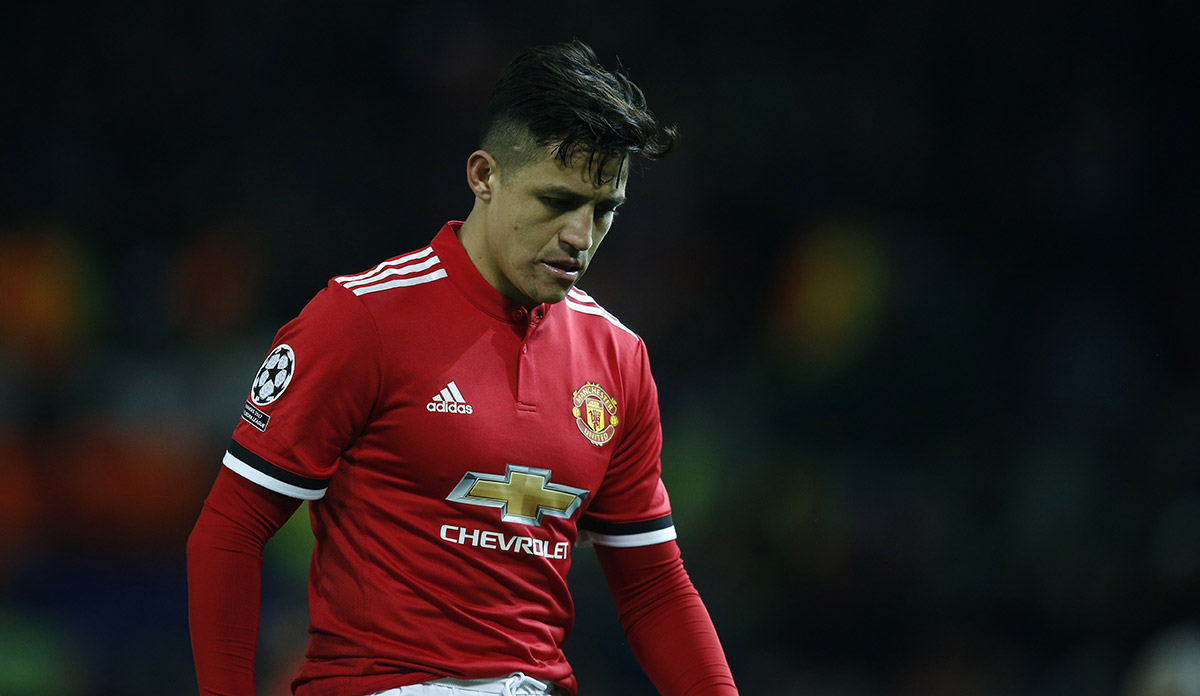 It may seem unfashionable and quintessentially English but, fittingly, 4-4-2 may be the best course of action for Mourinho in getting the most out of his England international.

He could field Lukaku as his attacking centre-point with Rashford playing off him. The Belgian would absorb the physical challenges and be the primary recipient of United’s long balls with Rashford’s pace and dribbling allowing him to feed off any knockdowns.

Given what we know about the United boss it seems somewhat fanciful and fantasy-like, but the signing of Fred could allow it to happen.

Midfield security is an absolute must and a standard 4-4-2, with Mourinho unlikely to consider a diamond, implores both central midfielders to be all-rounders: they must be able to get up the field, tackle, win possession and join in attack while always maintaining possession.

Nemanja Matic and Scott McTominay can certainly do the former, Pogba the latter and Ander Herrera provide a bit of both without necessarily excelling in either. But new signing Fred might just give Mourinho the reassurances he needs to try it.

The Brazilian has been an equally destructive defensive force for Shakhtar Donetsk as he was driving presence offensively. He is a good passer and holds his position in the middle of the park. If he adapts to England quickly, alongside Herrera, it could free up Rashford.

This brings Pogba’s position into view as Fred is going to have to be exceptionally diligent in masking the Frenchman’s fallibilities, or United’s record signing simply won’t be trusted in a 4-4-2.

Rashford can also press and track from his central forward position while playing in that area of the field will allow him to improve his finishing given he should receive more regular and better chances.

The onus is on him to take those opportunities, and for Mourinho to give them to him.