There are many problems facing Jose Mourinho at the moment. The defence is not particularly solid, nor is the midfield, and the attack only seems to start being dangerous when the team are already losing.

Mourinho has tinkered with all of these, to an extent, but the one that seems most unsolvable is the last of those. Our friends at Football Whispers are here to tell us why.

Romelu Lukaku’s time at Manchester United hasn’t settled the debate that fans had, back when he joined, of whether he was a good signing.

In his debut season, he scored 16 league goals and added seven assists. Being involved in 23 league goals isn’t a bad haul, but, for a club like United, it’s not necessarily a good one either. The jury was still out.

It’s again been out this season, although there have been far more problems to worry about than Lukaku’s form. Last season, at least United were on their way to second-place; this campaign, there’s a new cause for concern each week.

A month or so ago, you’d have been able to look at Lukaku’s stats for the season and say that he was still performing ok, even if he’d started to go through a bit of a dry spell.

However, as the weeks have gone on, it’s become clear that his numbers aren’t that healthy at all. In fact, five of the striker’s 20 shots in the league this season came against Burnley at the beginning of September. Since then, he’s only had seven shots in seven league appearances. 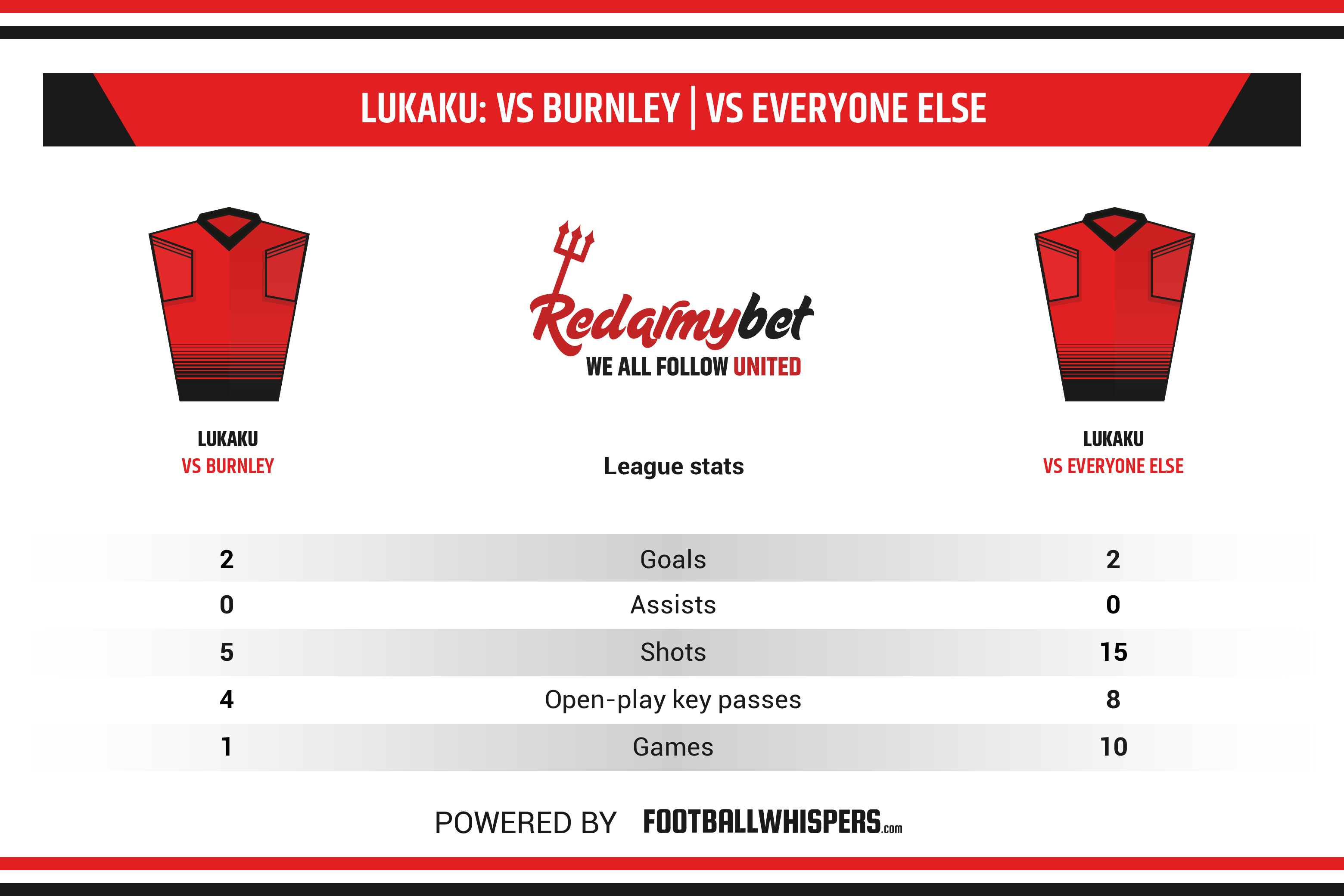 That’s extremely worrying. Last campaign he was taking nearly three times that per game (averaging 2.69 attempts per 90 minutes). A striker who doesn’t shoot won’t score, but is this lack of shots because of Lukaku or because of the team around him?

There are lots of different types of striker, of course, and they all rely on others to varying degrees.

At one end you have the pure target men and at the other you have the Lionel Messis, who create chances for themselves or others, or the Harry Kanes, who will take decent shots from distance if their team isn’t getting into the opposition box. Lukaku isn’t a ‘target man’ per se, but he’s far closer to them in terms of reliance on others for chances.

The Belgian has never been a player who gets extraordinary amounts of shots — strikers like Kane regularly reach averages of four or five shots per 90 minutes — but the ones that he does take are usually good ones. All four of his league goals this season have come within, or just on the edge of, the six-yard box.

This is a problem for United. Good chances don’t come from nowhere. And, at the moment, they aren’t coming from Jose Mourinho’s side. Looking at the Big Chances statistic, United are mid-table for the number they’re creating per game. It’s no wonder that a striker who relies on their teammates is in midtable form when their team is performing at midtable levels.

Just before the November international break, the Manchester Derby was a surprising and useful experiment in this conundrum. Starting without Lukaku, he was brought on just before the hour-mark, and United looked a better team with him on the pitch.

Mourinho’s men only scored because Ederson had a rush of blood to the head and the Belgian forward didn’t have a shot, but there was something about his presence that seemed to help the team. 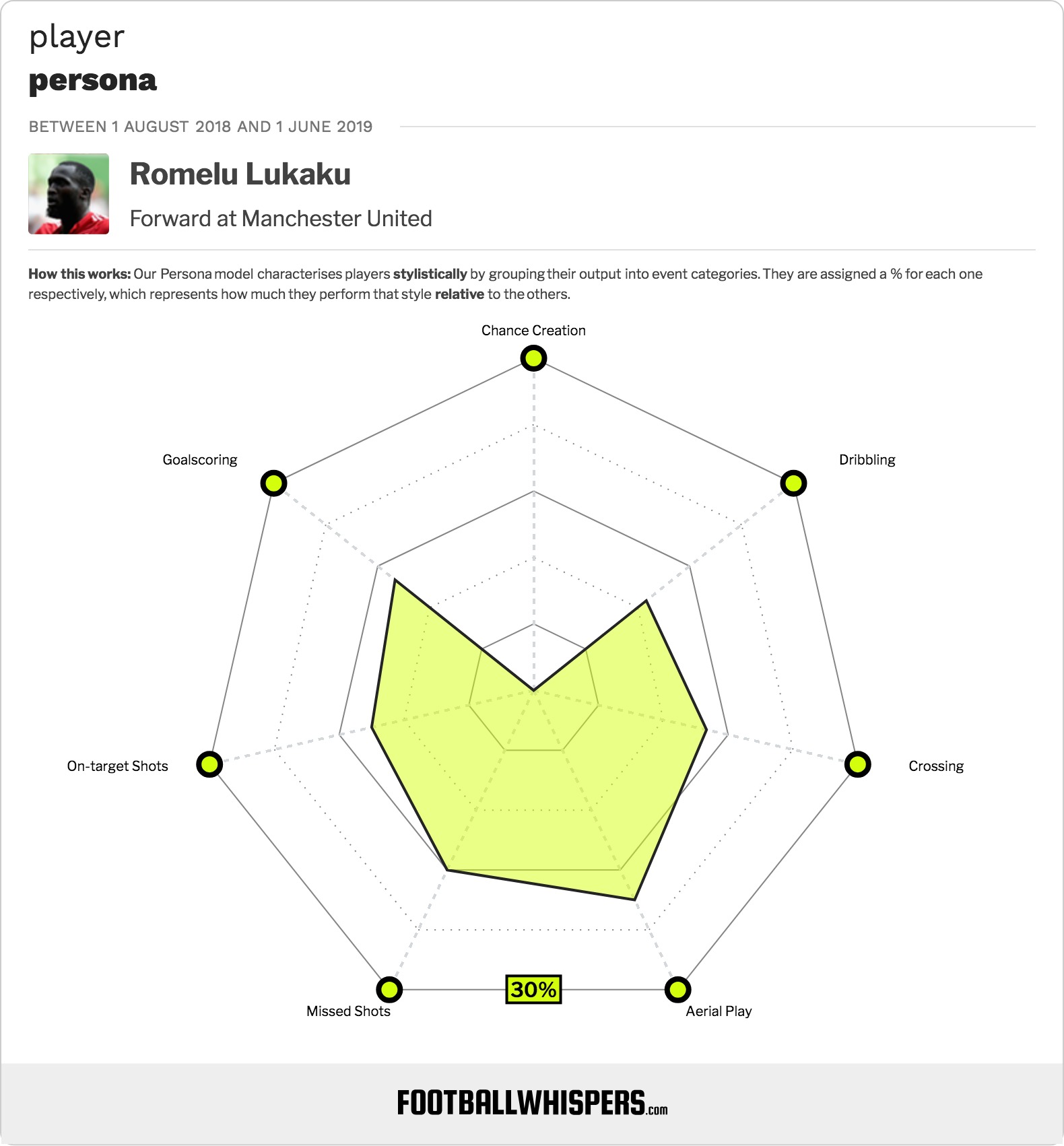 This is an even bigger problem than Lukaku simply being out of form. A striker who isn’t scoring or taking shots but somehow makes the team look better — how do you solve that?

Neither Marcus Rashford nor Alexis Sanchez has looked particularly convincing in the central striker role and Anthony Martial is more effective coming in from the left.

United to win a major trophy this season, 5.90*