It has been a relatively quiet summer at Old Trafford with Manchester United only making two major signings.

How will the arrivals affect Jose Mourinho’s decision on the team’s best formation heading into next season?

Our friends at Football Whispers take a look at the different options available and consider which one could be the most effective for the title contenders.

The arrival of Dalot certainly adds to Mourinho’s selection dilemmas in the defence. The 19-year-old completed a £19million move from Porto last month and was described as the best young full-back in Europe by his new boss.

Dalot will provide competition for the right-back role and is expected to put pressure on Antonio Valencia.

Throw Timothy Fosu-Mensah’s name into the mix and it could be one of the most competitive positions in the side.

The 20-year-old spent last season on loan at Crystal Palace where he helped the Eagles recover from a dreadful start.

Fosu-Mensah made an average of 2.42 tackles per 90 minutes in the Premier League which ranked him fourth in his position.

The versatile right-back also demonstrated an ability to get forward with 0.73 successful take-ons (sixth) and 0.33 open-play key passes (ninth) per 90.

Fosu-Mensah featured during Man United’s pre-season games against Club America and San Jose Earthquakes as he bids to make an impression ahead of the new campaign with the international players yet to return to training following the World Cup.

It seemed like he may have had to go out on loan again to secure regular football but with Valencia picking up an injury during pre-season in the United States and Dalot recovering from an injury of his own, Fosu-Mensah could be needed 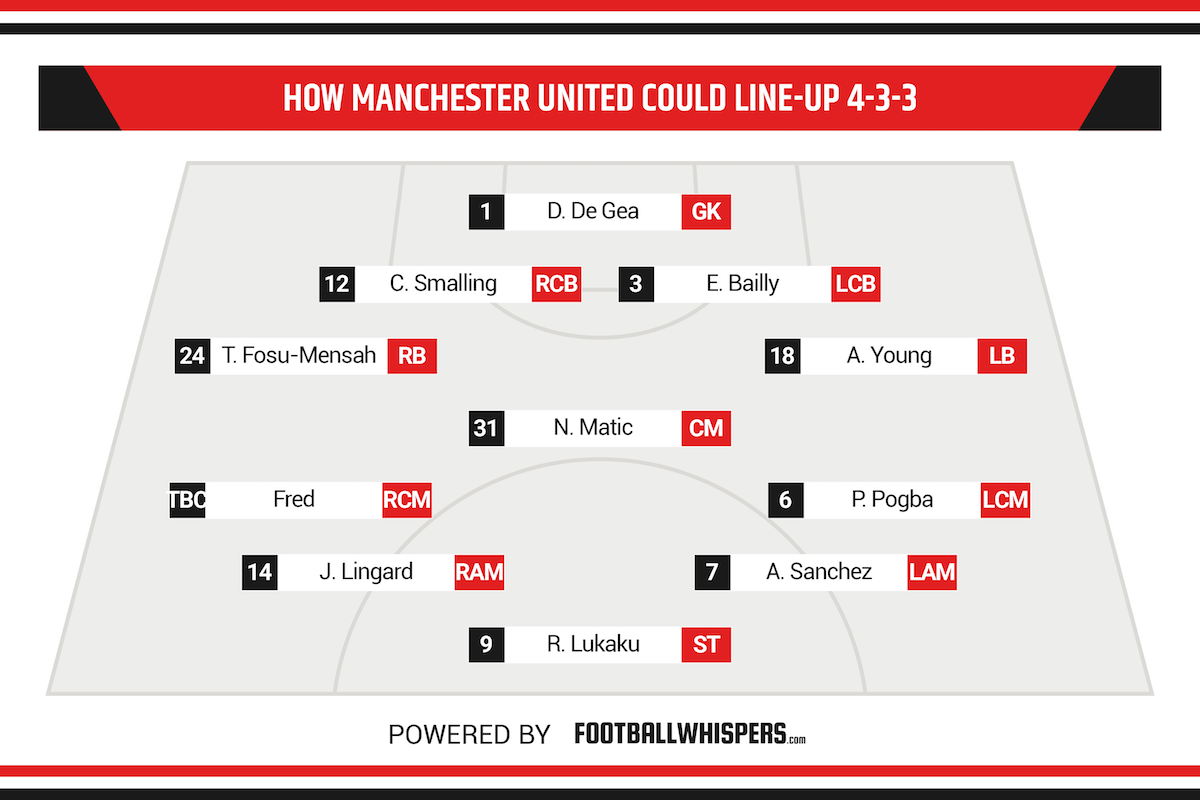 Brazil international Fred completed a £47million move from Shakhtar Donetsk this summer and the powerful midfielder should slot straight into the team.

Fred’s box-to-box game will be very popular with Mourinho and his willingness to make tackles and win the ball should earn the support of the fans.

The inclusion of Fred in the midfield should enable World Cup winner Paul Pogba to be freed up to join the attack.

Pogba is at his best when he is able to break forward and the unselfish work of Fred, alongside Nemanja Matic, could finally see the France midfielder fulfil his potential at Old Trafford.

Putting the trio together looks a plausible combination and this would suggest a 4-3-3 formation may get the best out of them. With Fred and Matic dropping deeper, Pogba could be afforded more freedom to roam forward and provide crucial goals and assists.

This looks a potentially better option than playing with two central midfielders because Pogba, who still ranked first last season in his position for assists with 0.41 per 90 in the league, will be restricted to an extent and his natural inclination to attack will be watered down.

It could be Mourinho opts for an additional holding player against stronger opposition, especially in Europe, which may lead to him going with a 4-2-3-1 formation

Time for Sanchez to deliver 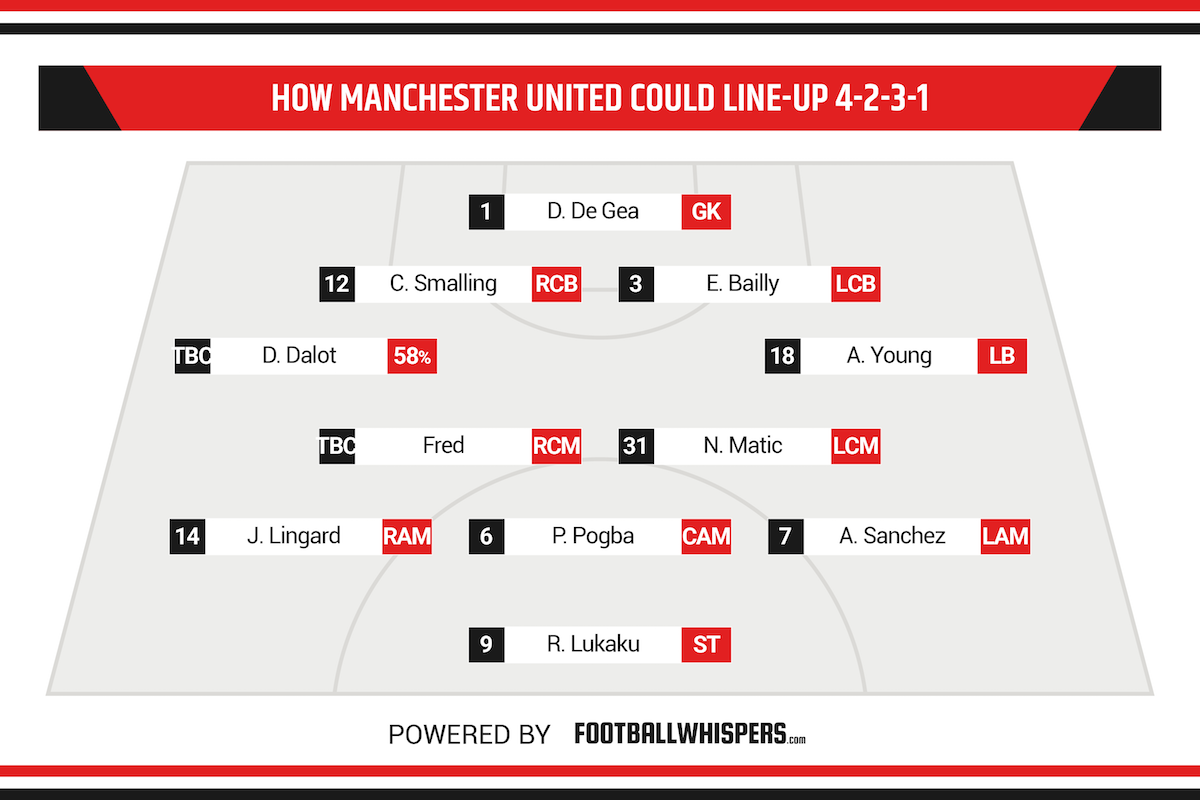 It is fair to say Alexis Sanchez has yet to impress significantly since his move from Arsenal during the middle of last season.

The 29-year-old Chile forward has not looked comfortable since leaving the Gunners but there can be no excuses after his settling in period at United. With a full pre-season behind him and no fatigue from the World Cup, Sanchez has to prove his worth this year.

There is no obvious reason why Sanchez shouldn’t fit into a three-man attack. With Romelu Lukaku leading the line as the target man and Sanchez on one side, this leaves Jesse Lingard, Marcus Rashford or Anthony Martial to attack down the other flank.

The way in which Lingard finished the season for both United and England suggests he is most likely to start down the right-hand side although Mourinho has plenty of options to shuffle players in this position if he wishes.

It seems like Martial does not have the confidence of his boss and the French forward has been increasingly linked with moves away from the club.

If however he does get the chance to prove himself at Old Trafford then he will fit comfortably into one of the wide attacking positions next to Lukaku, as long as he is given the freedom to utilise his natural pace and flair.