We look at how Ole Gunnar Solskjaer can rejig the side in the absence of two key players.

It’s been a dream start to life as Manchester United manager for Ole Gunnar Solskjaer.

The Norwegian former Red Devils striker currently only occupies the role on a temporary basis, with a permanent appointment to be made in the summer, but he has done his chances of landing the job long-term no harm with 11 win, one draw and just one defeat since replacing Jose Mourinho.

The Merseysiders are chasing a first top-flight title in 29 years and it was a humiliating 3-1 defeat at Anfield that ended Mourinho’s reign at United.

United’s rejuvenation under Solskjaer means they face Liverpool this time around in a much more confident mood, aiming to deal a major blow to their rivals’ title ambitions while also boosting their own hopes of finishing inside the top four.

But any result against Liverpool will have to be achieved without two key players.

Anthony Martial and Jesse Lingard were both taken off injured at half-time in the 2-0 defeat to PSG, with their absence in the second period dramatically swinging the balance of the tie in favour of the Ligue 1 champions.

While neither injury is believed to be too serious, Lingard and Martial are unlikely to be passed fit in time for Liverpool’s visit to the Theatre of Dreams.

United proved they can win in difficult circumstances without the pair by beating Chelsea 2-0 at Stamford Bridge in the FA Cup on Monday night, setting up a quarter-final trip to Molineux to take on Wolverhampton Wanderers.

But the Blues are a team in disarray, with the future of manger Maurizio Sarri far from certain. Liverpool, three points clear at the top of the table and beaten only once in the league this season, are a trickier proportion altogether, and one that will test the tactical nous of United’s temporary manager. 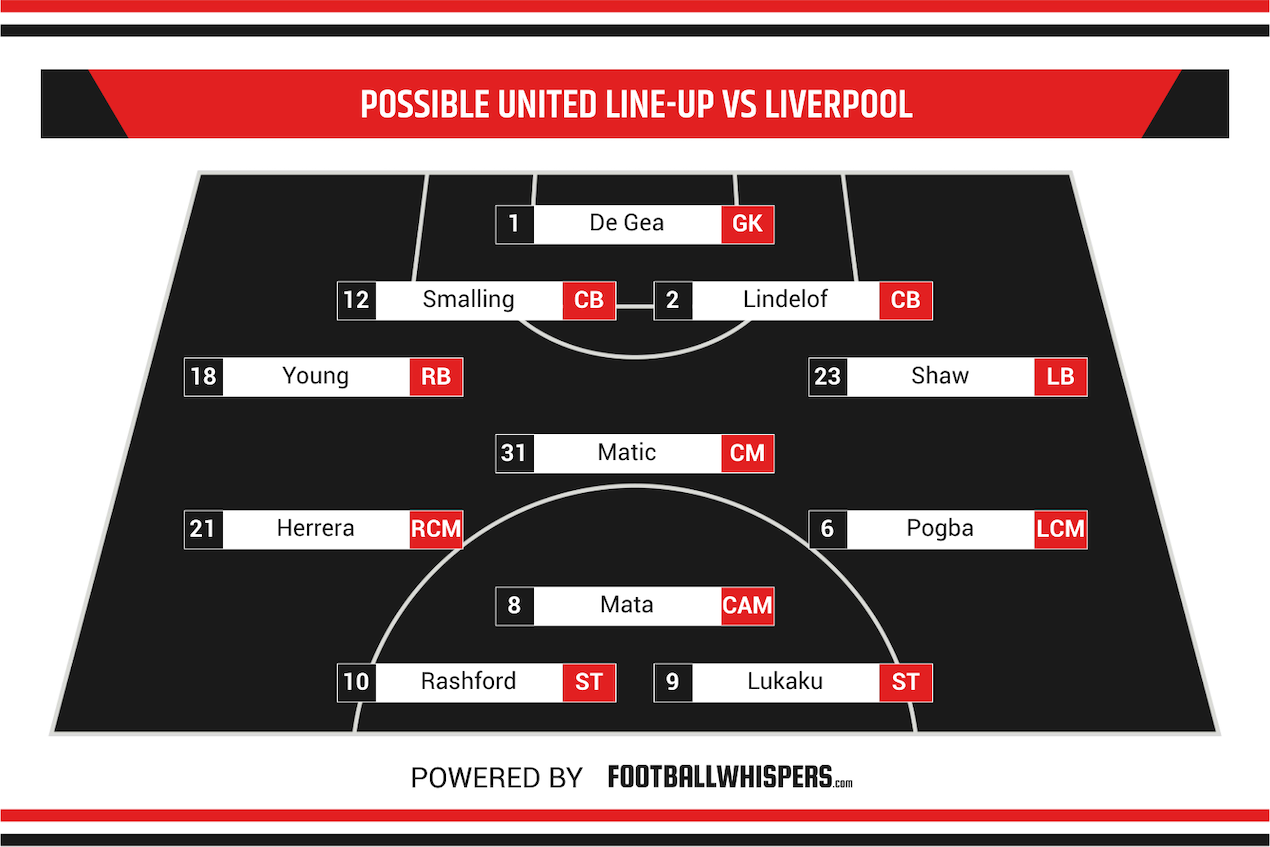 At Stamford Bridge, Solskjaer adopted an approach similar to the one which saw United beat Tottenham Hotspur 1-0 at Wembley in January.

On that occasion, Lingard played in a No.10/false 9 hybrid role behind and between Marcus Rashford and Martial in a 4-3-1-2 formation.

Against Chelsea, Juan Mata operated as a more conventional No.10, joining midfield and attack through slick movement and sharp passing. Romelu Lukaku partnered Rashford up front and, although not as fast or as strong a dribbler as Martial, tried to pull wide at times to open up space centrally.

And it worked to perfection. United kept a solid defensive structure without the ball and the fluidity up top created space for Paul Pogba and Ander Herrera, the game’s two scorers with headed goals, to break forward from midfield. 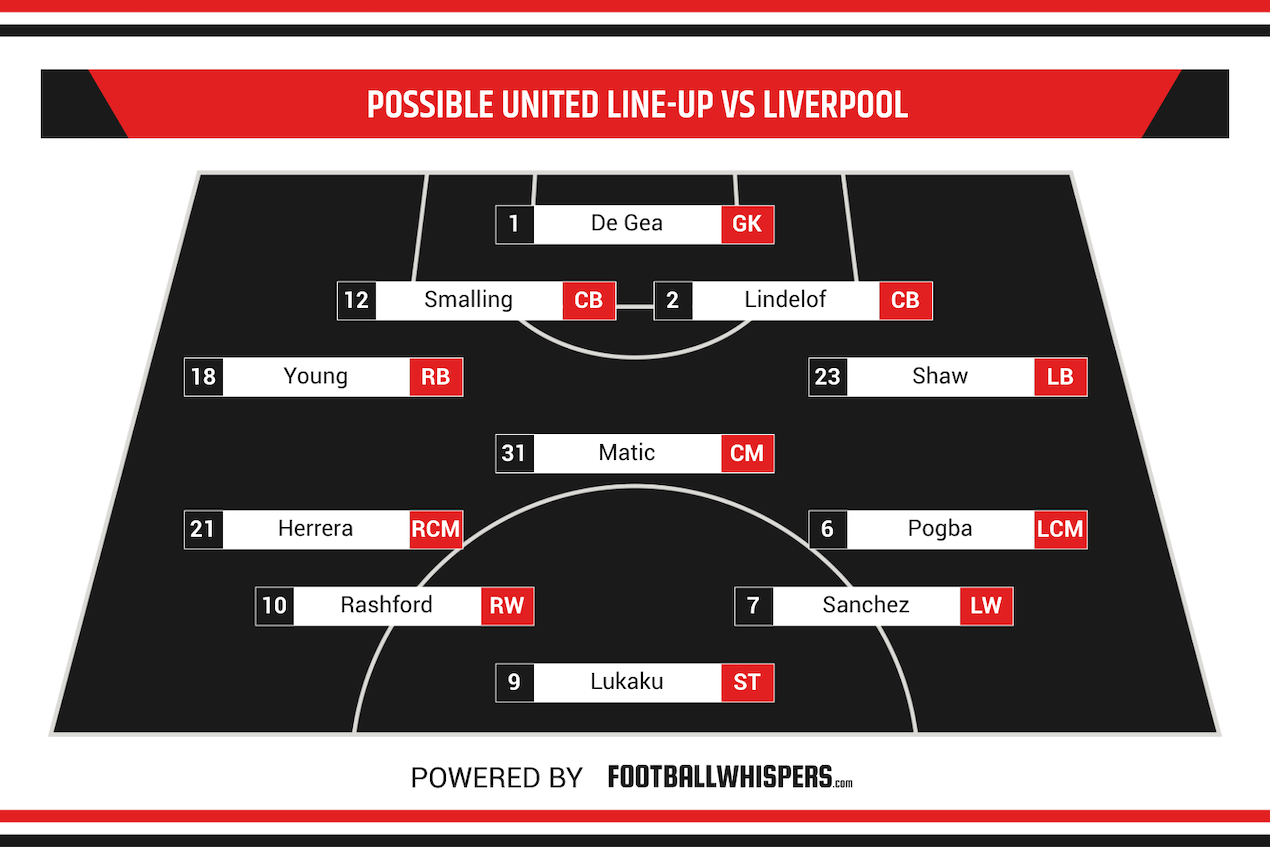 Lukaku is 2.55 to score any time vs Liverpool*

It is likely United will aim to repeat the trick against Liverpool, given how the flat back four and diamond midfield system offered defensive rigidity and an unorthodox counter-attacking threat.

Mata performed well against his old side on Monday night and should have done enough to keep his place, but competition for a start in the No.10 position comes in the shape of Alexis Sanchez, who has been desperately out of form recently.

Another option open to Solskjaer is to revert to United’s more familiar 4-3-3 set-up. This formation again gives the manager options in attack, with Alexis Sanchez arguably a more effective choice in the wide positions than Mata, who lacks pace.

Ideally, Solskjaer would prefer to pit his tactical wits against Jurgen Klopp with a full-strength squad at his disposal. But Monday’s victory over Chelsea proved the United boss’ ability to problem solve.