The stalemate with Chelsea has made a top-four finish look very unlikely, though at least it brought an end to a run of three consecutive and damaging defeats.

Five losses on the bounce away from home doesn’t make for good reading, but these all came against top-half teams or Barcelona and the Terriers are a world away from either. Jan Siewert has been helpless to alter their fate and they’ve now lost 21 of their last 23 matches, while the margins of defeat have been increasingly embarrassing.

They’ve shipped at least four goals in four of their last six outings now, including a 5-0 humiliation at Anfield last weekend as Naby Keita took just 15 seconds to break the deadlock, while they’ve lost all 11 encounters with ‘Big Six’ sides this term and trailed at the break in 10.

Jan Siewert has set Huddersfield out in four different formations across their last four outings, as he’s seemingly intent upon stumbling across a winning formula.

However, the chopping and changing of systems hasn’t made one iota of difference, though it would appear he’s settled on playing with a back four as he’s only utilized a back five once in his 13 games in charge.

That didn’t go particularly well either as they went down 4-0 at Spurs, but at this point his charges look like a bunch of strangers no matter what he asks them to do.

The centre-backs pick themselves with Eric Bailly out for the season and Phil Jones a doubt, but it appears we’ll be without both Marcus Rashford and Romelu Lukaku for the final two games after they picked up knocks against Chelsea.

The latter may have played his last game for the club should he seek pastures new, but of those available here, Solskjaer’s selections here will have more to do with attitude than ability after some pathetic efforts from some players recently.

We wouldn’t be at all surprised if he decides to hand youth a chance to give the likes of Anthony Martial something to think about, though we should be dominating and on the attack all afternoon regardless. For Huddersfield, Jan Siewert will be without key midfielder Aaron Mooy, though we doubt the Australian international would have proven influential here in any case. 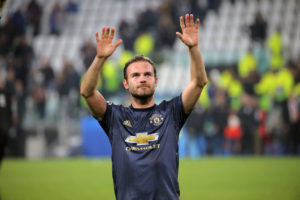 Liverpool’s early goal last weekend is hardly the first time the Terriers have conceded before everyone had taken their seats. They were behind after five minutes against Watford in their previous outing, while they’ve let in the opening goal within 25 minutes in six of their last seven matches.

Meanwhile, we’ve won 10 of our past 11 against bottom-half sides and led at the break in eight, while seven of our nine away victories against anyone this term have seen us ahead at the half-time whistle.