Serie A expert Chloe Beresford tells us everything we need to know ahead of Tuesday's game.

In a Champions League fixture that sees Cristiano Ronaldo face Manchester United at Old Trafford, there will be countless column inches dedicated to his return.

When that match also sees Paul Pogba face his old side Juventus, there will be even more talk surrounding the return of the ex.

With the signing of CR7, Juventus have firmly underlined their desire to lift Europe’s most prestigious trophy following the disappointment of becoming losing finalists twice in the last four years.

But are they really that good? What do United supporters need to know about the team they will host on Tuesday evening?

For the latest odds on United’s meeting with Juventus, click here

The arrival of Antonio Conte in the 2011/12 season would see the Old Lady go unbeaten for the entire season, winning the Scudetto trophy for the first time since the Calciopoli scandal that saw the side relegated to Serie B for the 2006/07 campaign.

Shortly beforehand, Andrea Agnelli – part of the famous dynasty that own FIAT – had returned to the club as president, bringing in Giuseppe Marotta as sporting director.

Ronaldo to finish as top goalscorer in Serie A at 1.83*

That was a sure-fire recipe for success, as Conte won a total of three league titles under their stewardship before moving on to take charge of the Italian national team before the 2014/15 campaign.

It was then that the initially unpopular Massimiliano Allegri was brought in, the former AC Milan boss having won over the supporters after winning a league and cup double in each of his four seasons in charge. 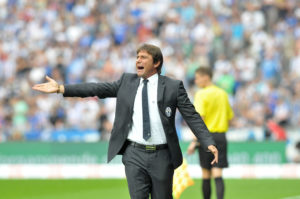 With the addition of the aforementioned two Champions League final appearances, Allegri could sleep soundly, safe in the knowledge that his achievements have been nothing short of remarkable.

But for Juventus, it’s still not enough.

Anyone who has watched the team’s documentary on Netflix will know that Agnelli will not rest until his side can win in the final, the Champions League a target that must be achieved at all costs.

A look at last season is revealing indeed as the Bianconeri lifted their seventh consecutive Serie A trophy despite having been pushed all the way by Maurizio Sarri’s Napoli.

Indeed, the 91 points scored by Juve’s rivals was the highest ever total scored by a runner-up, and would’ve been enough to win the league on many previous occasions.

Juventus will next face Empoli in the league, click here for the latest odds

In the Champions League, Max Allegri’s men fought back from a 3-0 defeat in the first leg of their quarter-final with Real Madrid, and were heading for extra time with a 3-3 aggregate scoreline at their Allianz Stadium.

Then, the visitors were awarded a last-minute penalty and – as 40-year-old Gianluigi Buffon could see his fairytale of winning the competition fading fast – the Bianconeri goalkeeper was duly sent-off for his excessive protests and Ronaldo converted the spot-kick to win the game.

That defeat was still fresh as Buffon was released this summer, Juve with no room for sentiment as loyal club stalwart Claudio Marchisio was also cast adrift.

Yet when Ronaldo made his desire to join Juve clear through agent Jorge Mendes this summer, it was as though the final piece of the puzzle – a man who had stopped them from reaching their goal in previous years – simply fell into the club’s lap.

After a slow start, the number seven has strengthened an already domestically dominant side.

With the addition of the global superstar, Juve won their first ten straight games (eight in the league and two in the Champions League, only to succumb to their first draw with Genoa on Saturday.

Five goals and four assists from the former Manchester United man has certainly helped with this, but the Bianconeri have huge strength in depth in terms of attacking support for the new star.

Douglas Costa, Federico Bernardeschi and Juan Cuadrado provide a huge amount of quality on the wings, while Mario Mandzukic and Paulo Dybala create or score chances from more central areas. 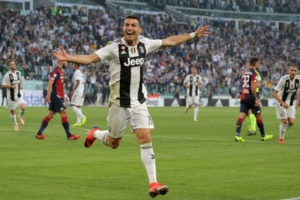 Ronaldo has continued his success over in Italy.

Full-backs Joao Cancelo and Alex Sandro bomb forward from a notoriously solid defence, and the current squad is exactly what the tactically astute Allegri needs.

With such a talented group, the Coach can easily change his system or approach as the match progresses, something that United and Jose Mourinho will be all-too aware of as the Turin giants push for Champions League success in 2018/19.