As Amir Khan prepares to face Terence Crawford in New York, we bring you our betting preview with tips and enhanced odds. 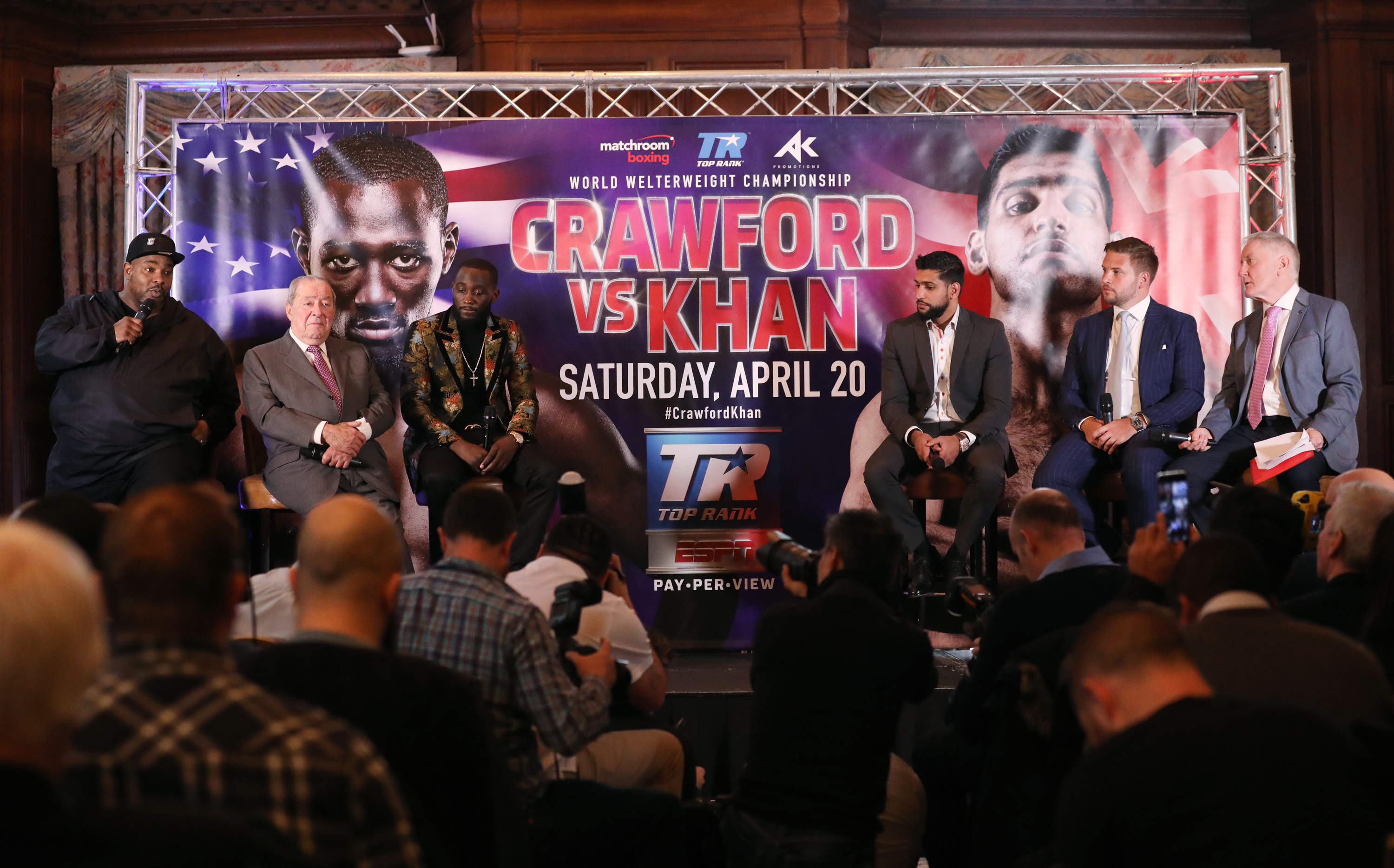 It would be wrong for me to say boxing is a sport devoid of upsets; who can forget 42-1 underdog James ‘Buster’ Douglas beating Mike Tyson in Tokyo or Muhammad Ali (then Cassius Clay) stopping Sonny Liston? When 45 year old George Foreman regained the heavyweight title of the world after knocking out Michael Moorer, it prompted an incredulous Jim Lampley to proclaim ‘It happened, IT HAPPENED!”

But whilst the sport is littered with stories of underdogs coming out on top, largely the better man tends to have their hand raised when the final bell sounds. Last week we saw a brave Anthony Crolla stopped by a fighter many consider the best in world, Vasyl Lomachenko.

Whilst he had a chance, it was always going to be a tough ask for the Mancunian. This weekend the man others consider the best, or at the very least second best, gets a chance to stake his claim for pound for pound supremacy in New York’s Madison Square Garden, as Terence ‘Bud’ Crawford takes on Amir ‘King’ Khan for the WBO welterweight title in a fight that Crawford should win handily.

In boxing we often talk of levels; and simply put Crawford has proved himself to operate at a level that few other are on. Lineal champion at both lightweight and super lightweight, Crawford has made mincemeat of pretty much everyone who has stood in front of him, daring to test his greatness.

There is a clip doing the rounds online where he professes his greatness, claiming how he can fight anyway – he can box, he can counterpunch, he can slug it out, can fight coming forward, going backwards, laterally and out of both stances. Normally a fighter would be called cocky for this, but Crawford can back every single word up with a viciousness that genuinely makes you think that his calm persona outside of the ring is an act. 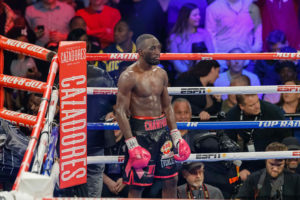 After beating up Dierry Jean, ‘Bud’ asked the French-Canadian defiantly, “Did you get what you were looking for?” After Jean threatened to kick Crawford’s ass at their final presser.

He beat up the bigger Jeff Horn who had man handled Manny Pacquiao in his previous fight and methodically beat up Jose Benavidez before stopping him in the 12th, getting proceedings going with a right uppercut that nearly lifted Benavidez’s head off his shoulders, a fighting end to a feud that saw punches thrown when the two fighters went face to face at the weigh in.

To put it simply, Crawford, like the Wu Tang Clan, ain’t nothing to f**k with!

Khan on the other hand is seemingly just over the hill at 32 years old. His last fight produced a less than impressive display that saw the fragile chinned Olympic silver medalist dropped en route to victory, and few are giving him a chance in this one.

Khan was once a bright prospect but years of wear and tear from in-ring wars have taken their toll. He was badly stopped by Breidis Prescott, had 12 round wars with Marcos Maidana and Lamont Peterson (winning one and losing one) and again was stopped badly by Danny Garcia in a fight he was winning comfortably.

His most recent defeat came at the hands of Saul ‘Canelo’ Alvarez, who turned his lights off with a monster right hand after Khan dared to be great and jumped up 2 weight classes to challenge the Mexican.

After a break from the ring and a stint in the jungle on “I’m a celebrity…”, Khan has returned to the ring. It was thought that a few soft fights would lead to a clash with Kell Brook, and he dispatched of Phil Lo Greco and beat Samuel Vargas, despite making hard work of the Colombian. But instead of an all-British clash with Brook, Khan instead opted to face Crawford in another shot at greatness.

As stated Crawford can fight anyway and just as importantly, Crawford has that dog in him that means when the going gets tough he straps up his boots and gets in the trenches – it’s to be expected of a man that was shot in the head and walked out of the hospital 5 hours later. 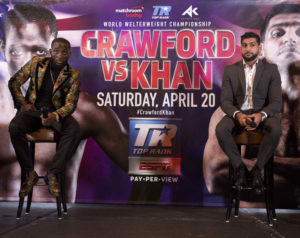 The thought is Khan’s fast hands give him a chance but Crawford has fought and beaten Yuriorkis Gamboa, who’s hands were just as fast. Of course there are huge differences between the two fighters – Gamboa is shorter than Khan and also has faster feet, but the overriding message is speed doesn’t bother the Omaha native.

The return of Virgil Hunter to Khan’s corner should provide a boost, having worked with Dan Goosen for his past 2 fights, but when the bell goes it will be Khan left in the ring with Crawford and invariably we are going to see the same lapses in concentration and defensive vulnerability that have made Khan exciting to watch, but cost him so much in the ring.

Crawford is known as a slow starter; I prefer to call this the period Crawford is collating data, so expect Khan to enjoy some success early. But Crawford will take over and could potentially end it late. However it happens though, there will be no upset here – Crawford walks away the winner.