The Swedish centre-back held his own against Ronaldo and co.

After Manchester United’s 1-0 defeat to Juventus at Old Trafford in the Champions League, Jose Mourinho admitted his side were a long way short of the Italian side’s level, and that the Red Devils were competing merely for second place in Group H.

It was a tough night from a United perspective, with the home side seeing only a 39.6 per cent share of possession and able to muster just a single shot on the visitor’s goal.

But there was at least one encouraging takeaway from the game for any United fans looking to glean a modicum of positivity from a difficult evening: the performance of Victor Lindelof.

Our friends at Football Whispers take a look at the Swedish centre-back’s impressive display against the Bianconeri. 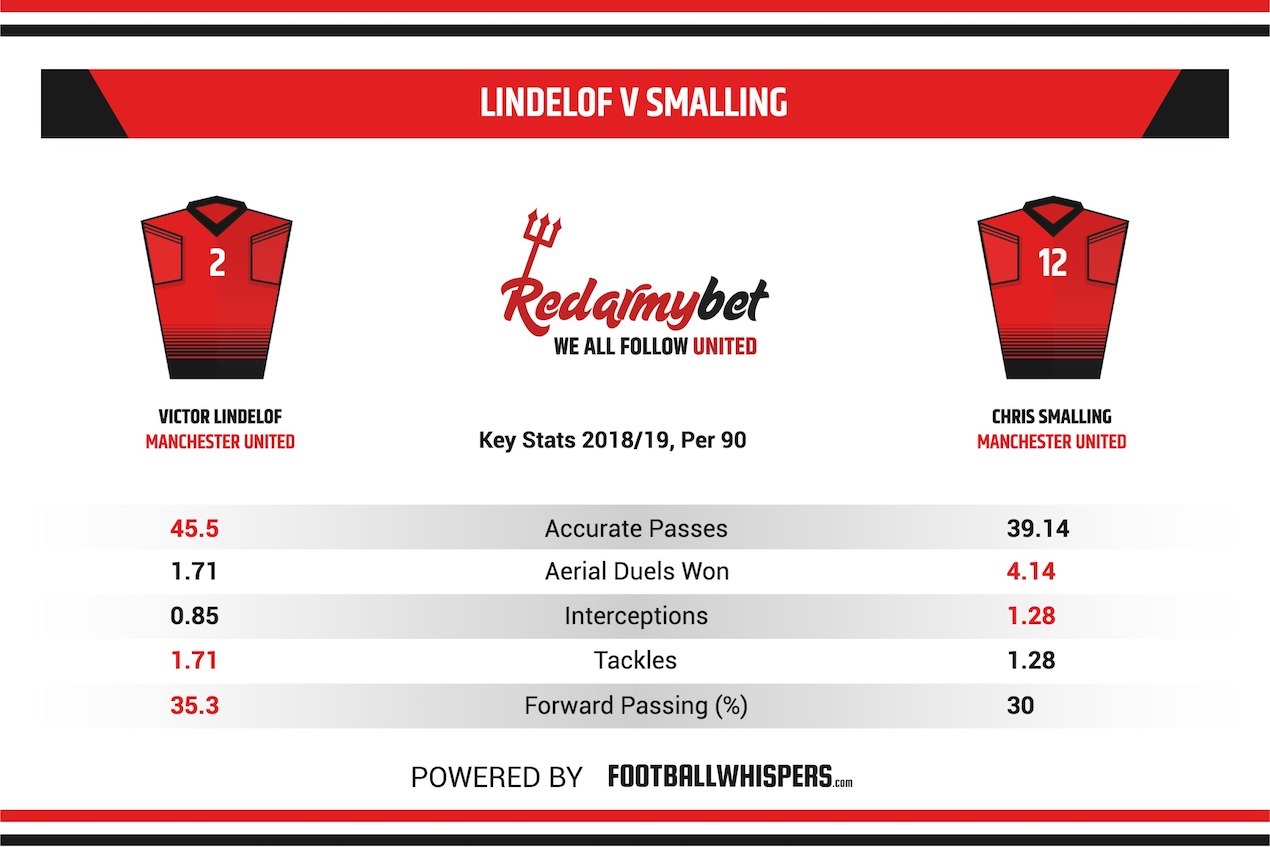 Back United to qualify from Group H at 1.25*

It hasn’t been plain sailing for Lindelof since his £31million move to United from Benfica in the summer of 2017. A calamitous debut against Huddersfield Town last season set the tone for what was, at best, a patchy maiden campaign in England for the 23-year-old.

And it is too soon to suggest the Swede has suddenly turned a corner, with his less-than-convincing performance in United’s embarrassing 3-1 defeat away to West Ham United in September still a raw memory.

But Lindelof appears to have earned the trust of his manager this season – or at least relative to the other central-defensive options at Mourinho’s disposal – having started seven of the Red Devils nine Premier League games so far in 2018/19.

Mourinho was, of course, keen to sign a top-quality centre-back during the most recent transfer window, and the fact he was not allowed to do so has been a point of contention between the manager and the club’s owners.

Lindelof, though, who Mourinho himself identified to bolster his backline little over a year ago, showed against Juventus signs of the potential that convinced United to make him the most expensive defensive signing in the club’s history.

Faced with the daunting task of containing Paulo Dybala and former United hero Cristiano Ronaldo, the Red Devils’ No.2 rose to the task.

Lindelof was able to do little to prevent Dybala’s first-half goals, as the Argentinian attacker sauntered unmarked into the United penalty area to collect a simple tap-in after Ronaldo wound back the clock with some fine wing-play down the right. 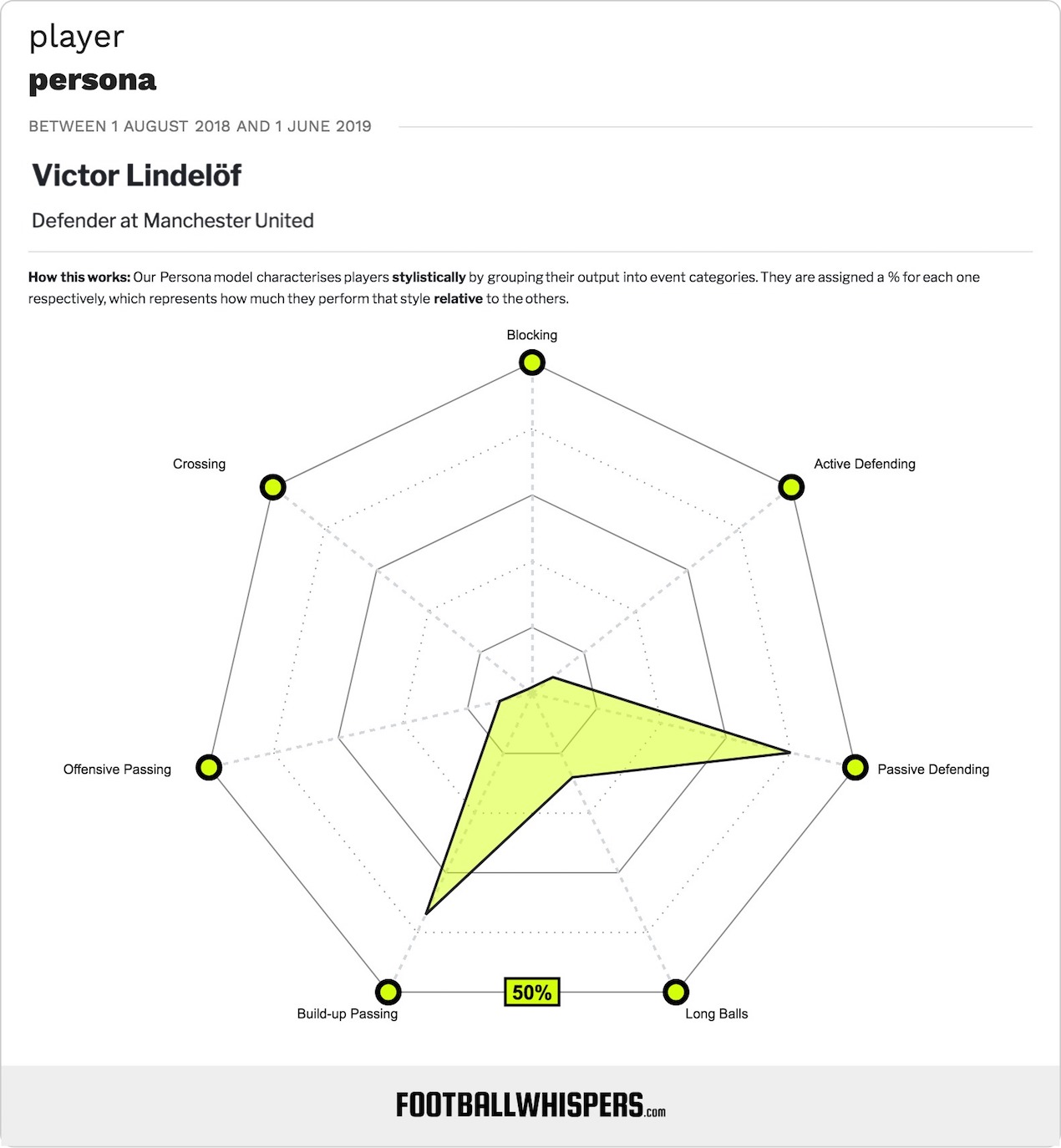 United are 41.0 with RedArmyBet to win the Champions League this season*

There were several other occasions in which Lindelof was perfectly positioned to thwart the dominant visitors in their efforts to make the scoreline better reflect the game’s one-sidedness.

His three interceptions in the match bettered all ten of his colleagues combined, while he also chipped in with five clearances.

As United grew into the game in the second half, it was primarily Lindelof – with the help of some typically excellent goalkeeping by David de Gea – who ensure the back door remained bolted.

When Juve tried to break out, time and again Lindelof was exactly where he needed to be, sweeping up, muscling in and intervening.

Lindelof arrived in England with the reputation of being one of the most accomplished young defender’s in Europe when it comes to playing the ball out from the back. This aspect of his game hasn’t always been evident at Old Trafford, but it was on Tuesday night.

Of the 11 United players who featured against Juventus – Mourinho elected to use no substitutes – only Juan Mata (94.7 per cent) had a higher pass completion than Lindelof’s 86.5 per cent.

On a night in which United struggled to make a mark on a game against one of Europe’s best sides, Lindelof produced one of his best displays for the club. The ability is there. If the Swede is able to find a level of consistency, he could solve Mourinho’s need for defensive reinforcements.

Where Juventus clash will be won and lost