Although it was always unlikely that we’d top the group ahead of Juventus, it was irritating nonetheless to witness such a ponderous performance, especially as the Bianconeri did the unexpected and went and lost to Young Boys to open the door invitingly.

Mourinho’s substitutes did at least pay dividends as the English trio of Ashley Young, Jesse Lingard and Marcus Rashford were all instrumental in the latter’s goal a few minutes from time.

Those three will start according to Jose, plus inevitably David De Gea and Nemanja Matic, meaning that there’ll at least be some fight out there on the pitch this time around. 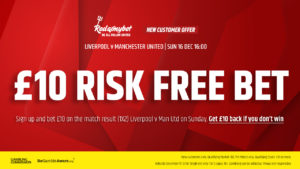 Mourinho likes a war of attrition.

Whether it was his Inter side digging in the trenches as they sought to prevent Barca from playing football, or spoiling Liverpool’s title bid in 2014 with that 2-0 victory where Gerrard infamously slipped, the 6-0 demolition job they inflicted upon Arsenal in Arsene Wenger’s 1,000th game in charge, or indeed the 3-2 derby win that made City wait for their title last term.

It might be bad that we’ve reached the point where a stalemate with the Reds could be celebrated, but Mourinho will waste no time reminding his opposite number who possesses the bigger trophy cabinet should our boys hold out to peg back their title ambitions.

Mourinho has had some bitter encounters with Liverpool during his time with Chelsea, and might just on this occasion be the right man to act as the pantomime villain.

We’ve been here before with Liverpool.

Last term, Mourinho resisted calls to attack from the off following a decent start to the season, with the subsequent goalless stalemate – our second at Anfield under Jose – knocking the wind out of our sails and killing any building momentum.

However, that then leaky Reds defence has been patched up with steel, as Alisson and Virgil van Dijk have helped form one of the most impenetrable defences the league has ever seen.

In fact, no team has conceded so few goals at this stage of a Premier League campaign, and if we weren’t prepared to attack the Reds under more favourable circumstances without those two pillars of reliability, can anyone expect Mourinho, given his history in these kinds of games, to do anything other than park the bus? 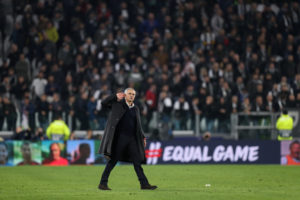 Will Mourinho park the bus?

Since Klopp arrived on Merseyside, six of seven encounters between us in all competitions have seen fewer than three goals, with three of four at Anfield seeing just one goal or less.

Further, nine of Liverpool’s last 13 at home against ‘Bix Six’ sides in the league have seen fewer than three goals.

With that in mind, as well as recognition that going toe-to-toe with this Liverpool side would prove suicidal, this bears all the hallmarks of a Jose special.