Manchester United suffered their sixth defeat in eight games at the weekend, and it was the worst of the bunch.

The Red Devils were abysmal as they were thumped 4-0 by Everton at Goodison Park, a performance which has understandably provoked outrage among supporters and caused manager Ole Gunnar Solskjaer to question the future of many of his players.

An overhaul of the squad is expected this summer, with Solskjaer reportedly set to be backed in the transfer market and several key additions already earmarked.

And to make way for the new arrivals, there will inevitably be a handful of players leaving Old Trafford. Few have covered themselves in glory in recent weeks but the spectre of Manchester City arriving at the Theatre of Dreams for a derby showdown on Wednesday presents United’s under-performers with the chance to make an impression and secure their place in the squad ahead of next season.

One such player Solskjaer is believed to be prepared to cash in on is striker Romelu Lukaku.

The Belgian only arrived from Everton in the summer of 2017, with the £75million fee United forked out for him making him the second-most-expensive signing in the club’s history. 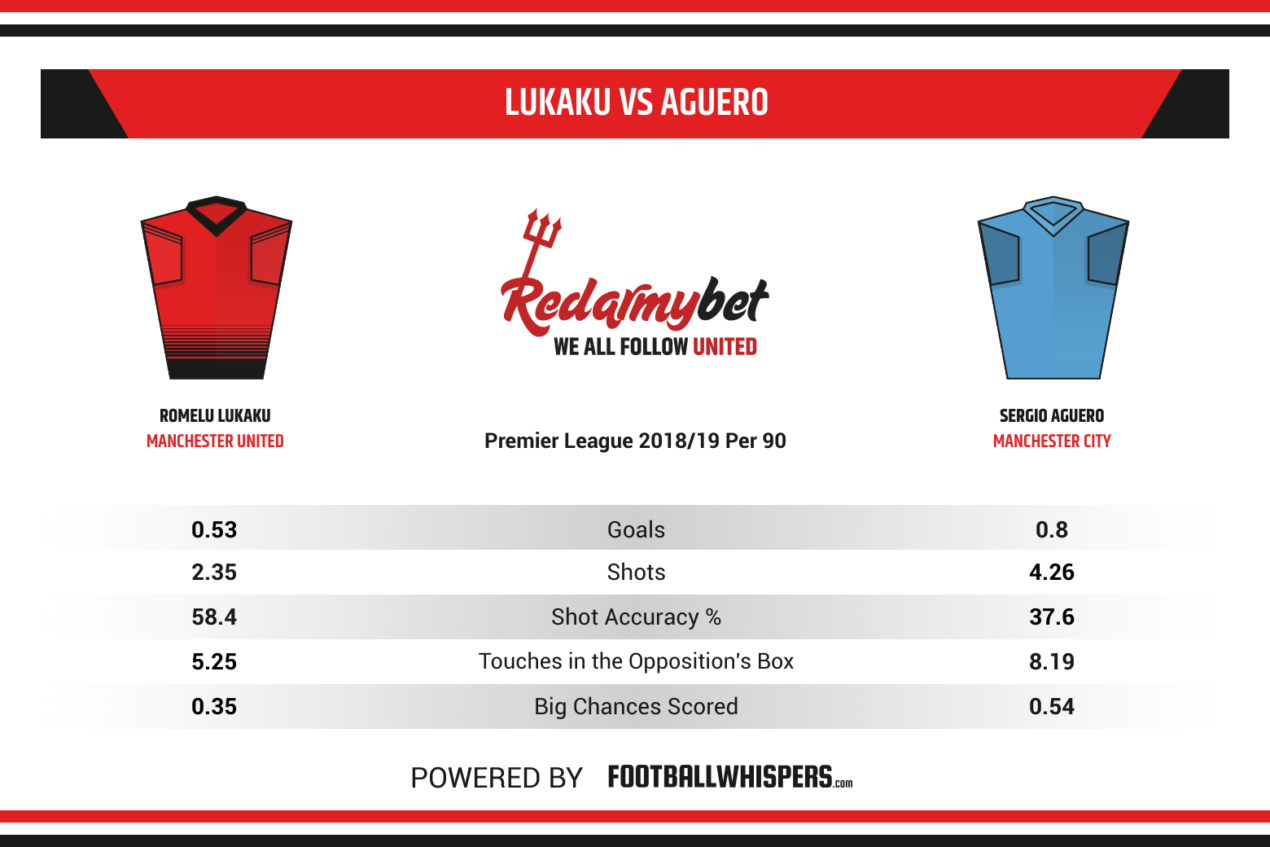 But, after a solid if unspectacular first campaign in Manchester, the former Chelsea and Anderlecht striker is no longer a guaranteed starter, and his humble return of 12 Premier League goals this season does not bring him in line with the likes of Harry Kane, Mohamed Salah and Sergio Aguero at the top of the scoring charts.

And wednesday’s clash with City pits Lukaku, should he retain his place after an anonymous performance against his former employers on Sunday, against Aguero, currently the joint-top scorer in the English top flight.

At 30 years of age, the world-class Argentinian hitman is enjoying one of the most impressive and productive campaigns of his career, having netted 19 times in the Premier League, while also showing a new level of unselfishness and creativity with nine assists.

In fairness to Lukaku, his strike rate is perfectly healthy when put in the context of the opportunities he has been given, with his 12 goals coming as a rate of 0.53 per 90 minutes this season.

It is more of a concern, however, that he has often been overlooked for key fixtures despite being fit and ready to go. Under Solskjaer there appears to be a growing sense that the 26-year-old does not offer as much as an overall package as positional rival Marcus Rashford. 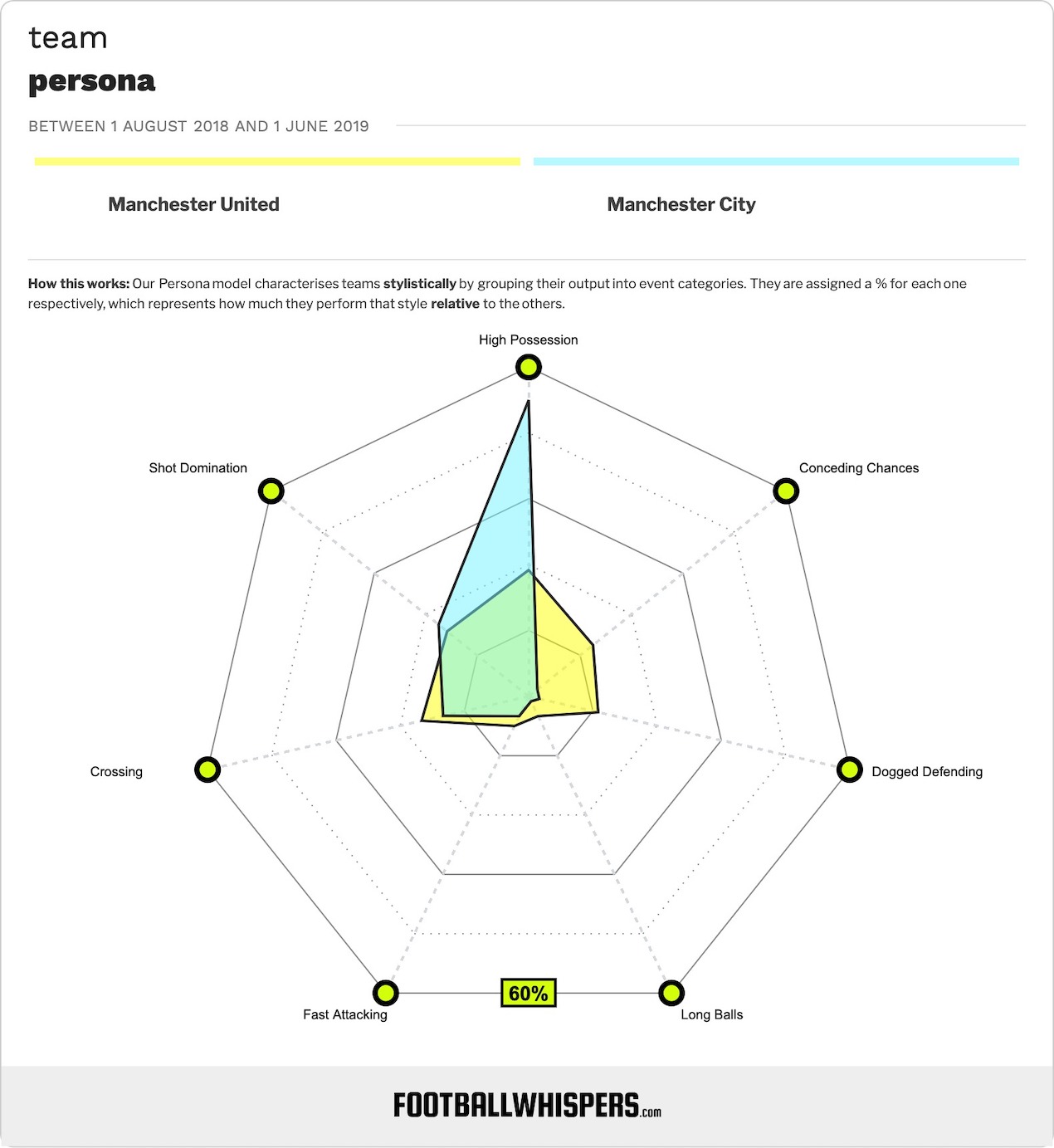 While Lukaku’s per-90 goals average is good, Aguero’s is outstanding. The former Atletico Madrid man has found the net 0.8 times per 90 this season. And his nine assists showcases all all-round arsenal that Lukaku, who has assisted no Premier League goals this term, cannot compete with.

Aguero’s staggering productivity, of course, comes in large part from the fact that he is the focal point for the best attacking unit in the league, a luxury Lukaku does not share.

One of the biggest caveats Lukaku has carried throughout his career is that he too often fails to perform in the biggest games. This was somewhat of an unfair accusation when he was at Everton as the Toffees were often outclassed by the Premier League’s best teams, meaning the striker was starved of service.

But there have been a handful of top-six clashes with United in which Lukaku has missed key, presentable chances. If he wants to prove himself to be among the division’s elite and secure his long-term future at Old Trafford, a big performance against City on Wednesday night is needed.

Mourinho Needs to do More Than Bringing in New Faces