Forget the race for fourth, United are involved in a fight for fifth if they are to avoid a summer holiday of epic proportions, explains Matthew Crist.

It might feel like the last throws of a particularly torrid and tiresome campaign but there is still plenty to play for if Manchester United are to avoid the longest of long summers.

The final game of the season against Cardiff might not set too many hearts fluttering among United fans who are more used to end-of-season drama, glory and excitement; but in terms of what it means for the club as a whole there is still plenty to play for.

While United’s woeful draw with Huddersfield ended all hopes of Champions League qualification they have earned the dubious honour of competing in the Europa League next season for the first time since 2017 as they seek to win their first major trophy since that night in Stockholm.

But they will need one last push on the final day to avoid finishing sixth in the table and a potential nightmare start to next season which could take them to far-flung places such as Israel or Albania while others are still on their pre-season holidays.

United face Cardiff at Old Trafford on Sunday knowing that even a victory might not be able to lift them above fifth-placed Arsenal who travel to Burnley and currently hold a one-point lead over Ole Gunnar Solskjær’s men who are favourites to finish in sixth.

And with United currently due to play against Tottenham in a money-spinning pre-season friendly in Shanghai on July 25, their pre-season plans could go out of the window if Watford shock City to win the FA Cup final. 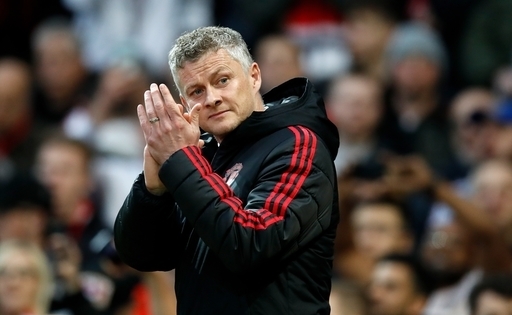 That’s because, if the Hornets cause an upset and beat City at Wembley then they will be awarded automatic qualification and the sixth-place side will have to go through the qualifiers, potentially scuppering United’s summer pre-season tour to the USA.

So as unthinkable as it might be for most Reds, hopes of avoiding a European qualifying campaign which begins at the end of July rather than mid-September, could rest in the hands of Pep Guardiola’s Manchester City who are in a position to do their neighbours a huge favour.

With FA Cup winner gaining automatic qualification to the Europa League group stages – and City already assured of Champions League football next season – that extra spot would go to whoever finishes seventh in the Premier League; meaning Wolves would be cutting their summer preparations short and not the team who finish sixth – which as it stands is United.

It might not be all bad news for United’s travelling fans though, as if the worst does happen, and the Reds are entered into the second qualifying round of the Europa League, there could be trips to Israel; Bulgaria, Azerbaijan, Croatia, Albania, Moldova, Georgia, Luxembourg, Latvia, Lithuania, Ireland or Finland this summer – maybe not so bad after all then?