Who will get on the scoresheet on Sunday?

A team who has lost their last eight in a row, and 22 of their last 24 in all competitions, is a good side for Manchester United to come up against.

Unlike Fulham, who’ve won their last three matches since their fate was sealed, Huddersfield have not improved since their relegation became a mathematical certainty. With Ole Gunnar Solskjaer’s team needing to make up ground in the table on both points and goal difference, the Terriers could be a lifeline in the race for the top four.

Marcus Rashford could come back into the team after spending some of the past week recovering from a shoulder injury looking for his first goal since the end of March. On the other team will be another 21-year-old striker, one who has arrived in the Premier League and unexpectedly caught the eye. 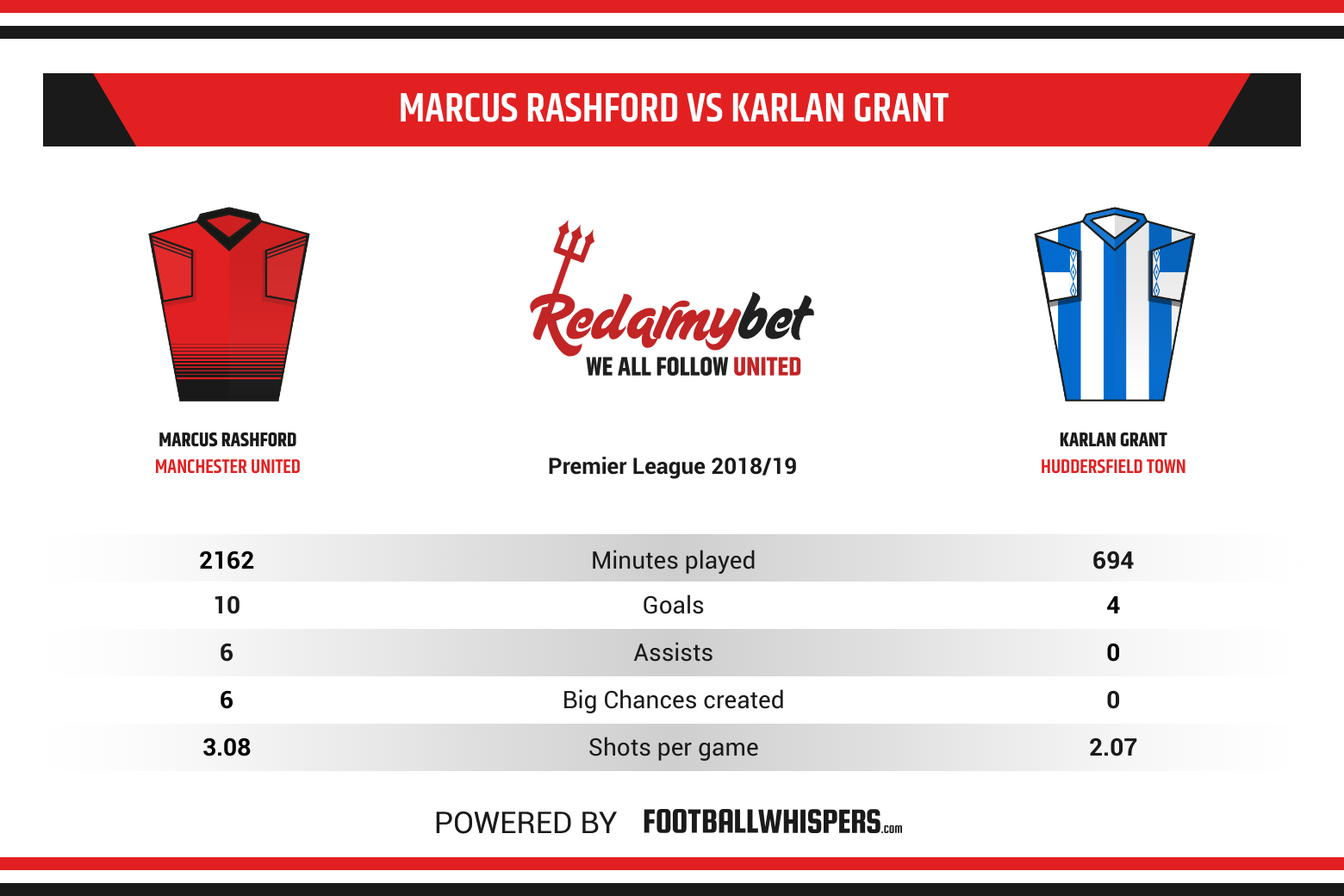 Karlan Grant was bought by Huddersfield in January from Charlton for around £2million. Despite only being at the club for half a season, he’s already their Premier League topscorer. On four goals.

That says a lot about Huddersfield this season, but not necessarily much about Grant himself.

The 21-year-old’s goal haul has come from just 16 shots, giving him a conversion rate of 25 per cent. That’s incredibly unusual. Either Grant’s an incredible player or he hit a good finishing streak and hasn’t yet played enough for the figures to level out.

Being on a team like Huddersfield this season means that chances don’t come along often for him. Even though he gets half of his shots on target, he only averages 1.03 shots on target per game.

On Rashford’s side, it might feel like he has been struggling at times this season, but it’s important to note that it’s the best league campaign of his young career.

His ten goals and six assists put him on an average of 0.67 goals per game, higher than any of his season figures since his remarkable run of debut appearances in the 2015/16 season.

Interestingly, the statistics suggest that Grant plays a similar type of game to Rashford. They average a similar number of take-on attempts and possession turnovers per game, and Grant’s shot and touches in the box numbers aren’t too far off the United player’s, despite being on a lesser team. 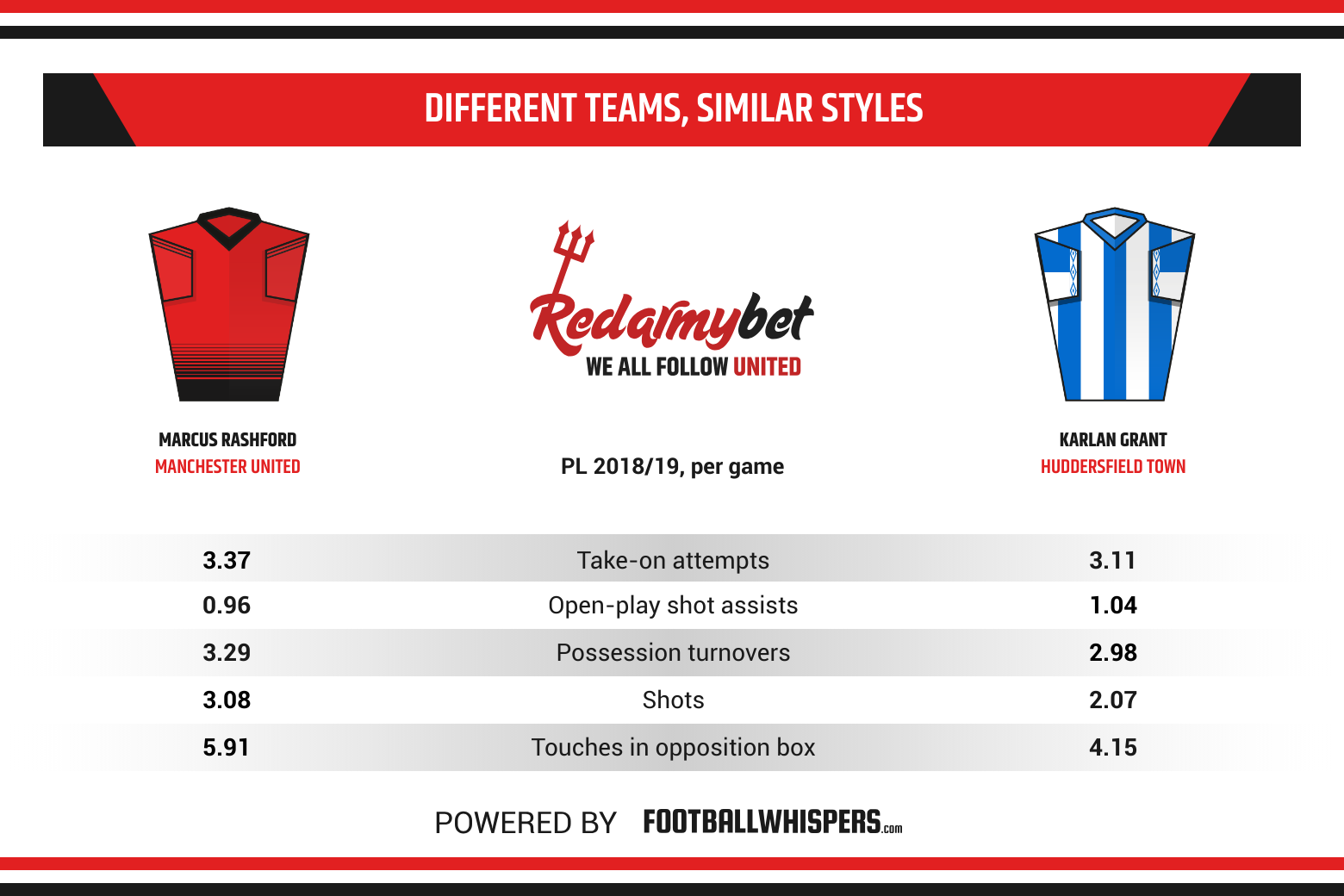 The pair share a narrative similarity as well as a stylistic one. Shortly after Grant arrived at the club, and got his first goal late on in a game against Arsenal, Jan Siewert played down the youngster’s role.

“We have other players who are responsible [for goalscoring] and I don’t want to put the pressure so big on him [Grant],” the manager said.

Grant clearly didn’t let that stop him, and has continued to be a surprisingly key figure in his team’s attack after breaking into the first-team part-way through the season. It’s not a carbon copy of the Rashford story, but they could certainly compare notes.

Grant himself is in a bit of a dry spell, having only scored once since mid-March. His club have only scored twice in that time. As far as the match on Sunday goes, then, there’s only one striker who looks likely to get on the scoresheet.