Shame, embarrassment and anger were all emotions we experienced in the aftermath of the latest wretched performance at Everton, so we certainly couldn’t pretend not to feel any sense of trepidation ahead of the visit at City. Indeed, Pep’s outfit have won an incredible 24 of 27 matches in all competitions since just before the turn of the year, which includes 10 on the trot in league action alone.

Although the quadruple may no longer be an option for City, they’ll still want to land the domestic treble nonetheless. The few positives to draw upon rest on the fact that City have kept just two clean sheets from their last seven on the road across all tournaments, while they’ve only won one of their last four away to ‘Big Six’ sides since the start of October.

We’ve only lost two of 11 home games under Ole Gunnar Solskjaer (PSG 2-0 and Barca 1-0) and we should at the very least get a reaction from the players and a more spirited effort this time around.

We all know that Guardiola likes his teams to dominate possession, while our strengths clearly lie on the counter, and with that in mind, we’d expect to be on the back foot for most of the afternoon and we’ll have to make the most of our chances on the break.

That should mean the likes of Marcus Rashford and Anthony Martial are retained in the starting line-up, though neither can have too much cause for complaint if they were relegated to the bench for this encounter.

We’ll also need width to penetrate the Citizens, especially as Fernandinho will come back in for the injured Kevin De Bruyne, with David Silva, Bernardo Silva and the full-backs the areas where we’re most likely to enjoy success against offensively. 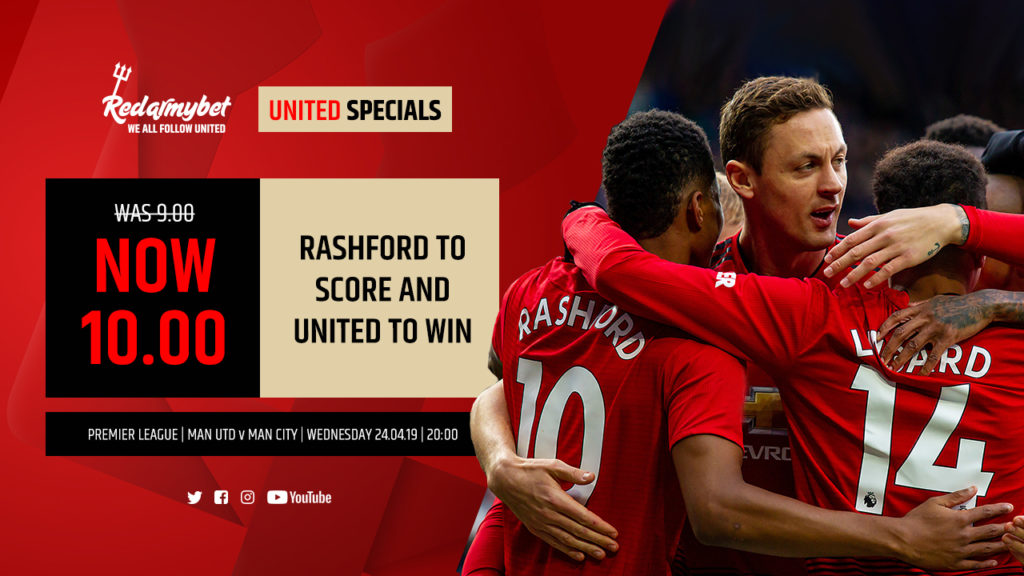 Solskjaer will be massively relieved to have Ander Herrera back from injury. The Spaniard missed five of the six recent defeats and hasn’t even played at all in our last five games, with his tidy and unglamorous performances going under the radar somewhat as the contributions of others attract the headlines more readily.

There’s also a further boost as Luke Shaw returns from suspension, which should at least prevent Ashley Young from playing at left-back, though the veteran may well line-up on the other side as Diego Dalot is yet to establish himself as a regular starter, with his forward forays unable to mask his defensive deficiencies at present.

City have caused us plenty of troubles at Old Trafford in recent years as they’re W5-D1-L1 since 2011/12 in the league. However, despite their success, they can remain vulnerable at the back themselves and five of these head-to-head meetings saw both teams find the net, as have each of the three meetings home or away since the start of last season.

For all lour struggles recently, we’ve still netted at least twice in nine of our last 10 at Old Trafford in the league, and we expect both teams to feature on the scoreboard on Wednesday evening.