We preview United's clash with Everton this weekend.

Mourinho claimed in the aftermath of the midweek defeat that Juventus are at a “different level of quality and stability” and that “we work with what we have”.

While as ever the cryptic comments of the Portuguese are largely aimed at the board, only the presence of David De Gea between the sticks kept the scoreline respectable against the Italian champions.

The Spanish international produced fantastic saves to deny Cristiano Ronaldo on a couple of occasions as well as one from Blaise Matuidi, while he was blameless for the goal. 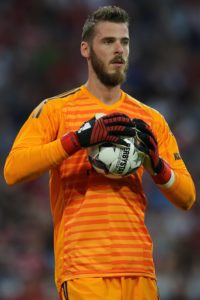 Juve very much looked a member of Europe’s elite and their pressing was in stark contrast to our own efforts as you could be forgiven for thinking they were the home side.

Legendary coach Marcello Lippi pronounced that he was “surprised by the non-play of Manchester United”, while at the same time being thrilled by his old teams’ display as the Old Lady registered over twice as many shots on goal and dominated possession.

Frankly, only the poor form of Valencia has kept us in pole place for the runners-up spot in Group H.

Lack of action from the bench

After comebacks against Newcastle and Chelsea, there was no spirited second-half fight back against Juve, with Mourinho even electing to ignore the bench while Massimiliano Allegri utilized all three substitutions.

Even as the game progressed there was still the potential for one goal against the run of play to change the outcome.

However, Fred, Ander Herrera and Andreas Pereira were all overlooked, while there was little point in putting 18-year-old attacker Tahith Chong on the bench if not to use him under the circumstances.

There remains the lingering suspicion that this inactivity on Mourinho’s part was yet another swipe at the board.

While there’s a suggestion that Paul Pogba is too important to sell for commercial reasons, the French World Cup winner was largely anonymous once more and needs to contribute more to help improve our current form of W1-D4-L2 across all competitions – with one of those draws turned into defeat via penalties when hosting Championship outfit Derby.

He may not have featured in that game and was by no means the main culprit against Juve midweek, registering one of only two efforts of note, but was caught smiling after the game taking a photo with ex-teammate Juan Cuadrado and doesn’t appear like his heart’s in Manchester.

If he can’t raise his game when in the European spotlight against his former employers, rather than focusing on lacklustre marking and Hollywood passes, when can he?

How will Pogba fare this weekend?

Anthony Martial was the only other player to register an attempt on goal worthy of the name against Juve, and with Romelu Lukaku suffering a drought, represents our most likely route to success at the moment.

Lukaku is enduring his longest barren spell since arriving, going eight games without a goal, though Mourinho has been loath to criticize the burly striker and it’s unrealistic to think he’ll be dropped – especially with Alexis Sanchez still an injury doubt.

Mourinho did go as far to say “I have to agree his moment is not sweet”, but with Martial netting three times across our last two league games, he represents much better value to find the net.