The Reds travel to Switzerland for their Champions League group opener.

Manchester United will be seeking to build some momentum following victories on the road to Burnley and Watford in their last two and with home encounters against Wolves and Derby to follow, Jose Mourinho has little reason to rotate and freshen things up too much.

One change he has confirmed is to bring Luke Shaw back into the starting XI, with the introductions of Juan Mata and Marcus Rashford the other likely switches, though the central core of the team will be the same as Mourinho will treat the opposition seriously.

Indeed, he led United to victory in five of six group stage games last term and with the Premier League an unattainable ambition this year, a Champions League run is a must given their early first knockout round exit to Sevilla last season. 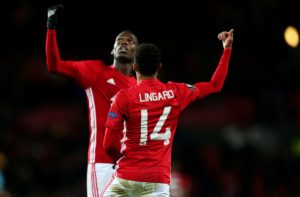 After a better game over the weekend, will Pogba be able to make an impact?

With Valencia, United and Juventus in their group, Young Boys would be exceeding expectations massively if they can just avoid last place in Group H. The Swiss Super League is a much more realistic target in terms of silverware, though they’ve made a perfect start and sit eight points ahead of 2nd placed St. Gallen after just six games.

However, while they won’t be resting players intentionally against United, their hand is forced by some injury doubts and in particular key centre-back Gregory Wuthrich is expected to miss out. While United have a deep squad that can cope with the odd injured player here or there (in this case Marcos Rojo, Phil Jones and Ander Herrera), Young Boys lack the same resources and it’s certainly a good time in that regard for United to have a go at them.

Further, the Swiss side endured extra-time at the weekend away to a second-tier side in domestic cup action and any fatigue from that game will play into United’s hands as well.

Although Young Boys have plundered 19 goals in their six league games to date, the standards of the Swiss Super League don’t compare well with that of the Premier League and they’ll be forced to take a more conservative approach against the Red Devils.

In fact, they’ve seen fewer than three goals in eight of 13 home games in Europe since 2015/16 when including qualifiers, and that’ll suit Jose Mourinho just fine. Nine of United’s 11 trips under him have gone under that mark, including in four of their five victories.

Will Lukaku be able to add to his goal tally?

Hard to look past Lukaku

While the inclusion of Marcus Rashford will inevitably stir memories of important strikes from his breakthrough campaign, it’s hard to look past Romelu Lukaku in the goalscoring markets when in such fine form.

The Belgian marksmen has seven goals in his last six games for club and country, with Spurs the only side he failed to score against, and he has a good record generally in European competition.

He bagged five goals in eight Champions League appearances last term as well as netting in the UEFA Supercup against Real Madrid, while his previous season in Europe with Everton in 2014/15 saw him net eight in nine appearances – including five goals across two games with Young Boys themselves.

Can United Challenge for Every Trophy Next Season?