The Eredivisie has always been full of talented youngsters, but the crop in the past couple of years seems to have gone up a level.

With Frenkie de Jong and Matthijs de Ligt catching eyes across Europe as more defensive players, Steven Bergwijn is a young attacking talent who has interested a lot of clubs.

Manchester United are the latest one to be linked with the 21-year-old winger, reportedly asking PSV to keep them informed on any developments. Bayern Munich, Liverpool, and Inter Milan are also keeping tabs on the youngster.

Bergwijn was actually in the academy of PSV’s rivals Ajax in his early adolescent years, but moved to his current club in 2011. It was a good choice — he’s already won three league titles with them.

Like many precocious Eredivisie talents, he registers very impressive statistics. He has nine goals and nine assists in the league this season already, at a combined average of one goal contributed every 90 minutes he plays.

He’s a handful for Dutch defences across the entirety of the pitch, though, averaging 2.98 successful take-ons per game, the third-highest rate in the league. (Of interest to English fans is the fact Tottenham’s Marcus Edwards tops the list).

However, there’s always questions about how Dutch attacking exports will cope in higher-quality European leagues. Vincent Janssen and, of course, Memphis Depay stick in the mind. Would Bergwijn just be another not-quite-ready, not-quite-good-enough Eredivisie export?

Maybe, is the answer. It’s striking, watching Bergwijn’s highlights, how much value an attacker in the Eredivisie can get from a simple burst of pace. Perhaps it’s because he’s often tightly marked, or even doubled-up on at times, but when Bergwijn doesn’t have a clear stretch of pitch to run into he looks like he struggles.

For a youngster, he has enough bulk on his bones to be difficult to shove off the ball, which, if he were to join United, would be an advantage.

Unlike some other young wingers who’ve come to the Premier League, he wouldn’t have to spend a few months, or even a season, getting to grips with the physicality of their new surroundings.

The part of Berwijn’s game that stands the best chance of translating to a better league is his vision. Young players known for their pace don’t tend to be known for their intelligence, but PSV’s winger is different.

He often sees passes that lesser players wouldn’t, which helps him to create chances or just avoid losing the ball when he’s in a tight spot. His good touch means that he can play these balls in a variety of ways; he doesn’t have to waste time setting himself before making them. 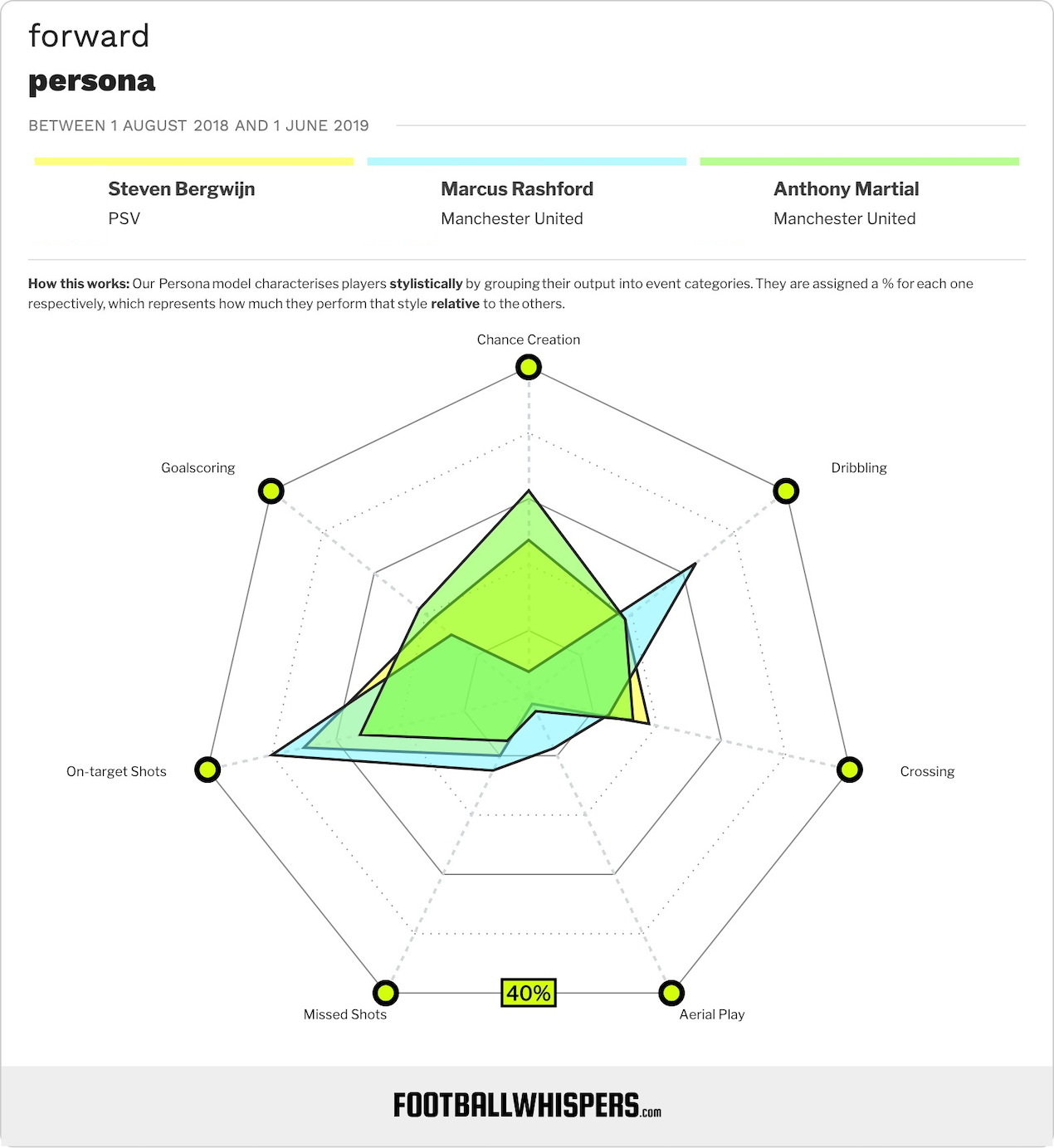 It’s clear why the big clubs are interested in him. He’s undoubtedly one of the brightest attacking talents in the Dutch league and the risk of not buying him, if he turns out to hit the big time, could be bigger than those of buying him for clubs who can afford the fee.

Having seen Memphis’ career trajectory since leaving the Eredivisie, though, Bergwijn might do well to take him as a lesson. It has done the 24-year-old more good joining Lyon, a decent Champions League-level club, than it did becoming a big money signing for one of the European heavyweights.

And, having been burned by the Memphis signing, United might want to proceed with caution as well.