More faith in Mata a must for Mourinho

The Spaniard deserves a more prominent role at Old Trafford

It feels like a long time since Manchester United broke their transfer record to sign Juan Mata from Chelsea.

Since the Red Devils splashed £37.1million on the Spanish creator in January 2014, they have broken their transfer record twice more, first to sign Angel Di Maria from Real Madrid for £59.7million in the summer of 2016, parting with a then world-record £89million to bring Paul Pogba back to the club.

Mata is now only United’s fifth-most expensive signing, with Romelu Lukaku, Fred and, after his goals return for the club triggered bonus clause in the deal which saw him swap Monaco for Manchester, Anthony Martial all costing more.

So hit and miss has United’s post-Sir Alex Ferguson transfer policy been that the fee they paid for Mata now looks like a bargain. And, given the inconsistent performances of those above him in the list, it could be argued the former Valencia man is the most successful of the 20-time champions’ mega-money signings.

Still, though, Mata cannot command a starting berth on a week-to-week basis. That needs to change.

As he showed in the resounding 4-1 victory over Fulham at Old Trafford on Saturday, Mata rarely lets his side down when given playing opportunities. Against the visiting Cottagers, the 30-year-old, afforded a rare full 90 minutes, confidently swept home the game’s second goal before assisting Romelu Lukaku’s close-range strike. 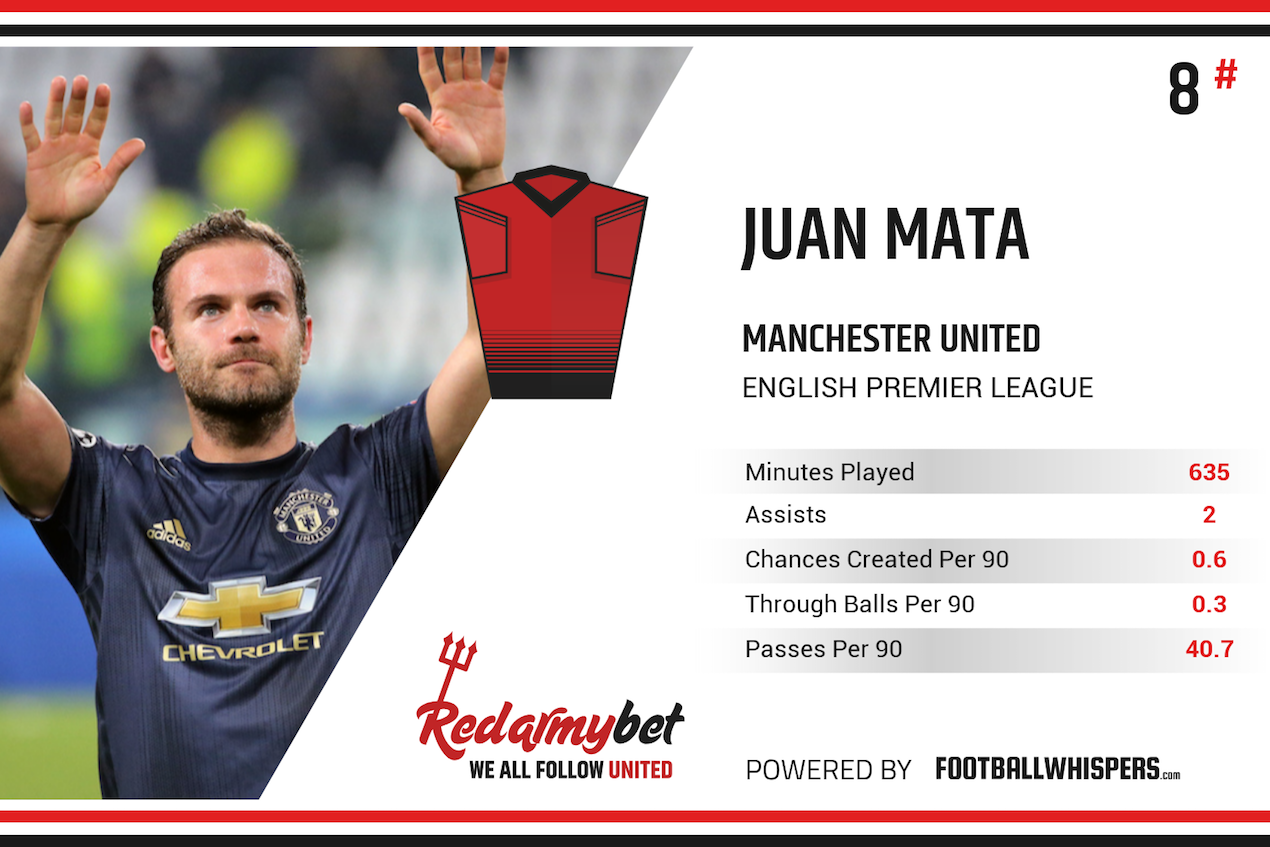 United are 8.00 with RedArmyBet for a top-four Premier League finish this season*

This took Mata’s direct Premier League goal involvements for the season to four (two goals, two assists) in just 636 minutes of football, indicative of how he regularly comes up with the goods for Jose Mourinho’s men.

Indeed, in United’s biggest victory of the season so far, a 2-1 away victory over Italian giants Juventus in the Champions League. On as a 79th-minute substitute, Mata drew the English side level in on 86 minutes with an inch-perfect free-kick.

Mata has history when it comes to producing decisive contributions in key fixtures, too, with winning goals against Manchester City and Liverpool, United’s two biggest rivals, in recent years.

A lack of pace is the most common accusation levelled at the Spaniard, and it is one nobody can dispute. However, Mata offers so many other attributes that are far from abundant at Old Trafford that allowances should be made for his speed deficit.

At his best in the No.10 role, Mata is also effective when positioned wide on the right, provided the side is balanced correctly, allowing him to cut inside on to his stronger left foot without causing a logjam in the central attacking zone and the team’s width being compromised. 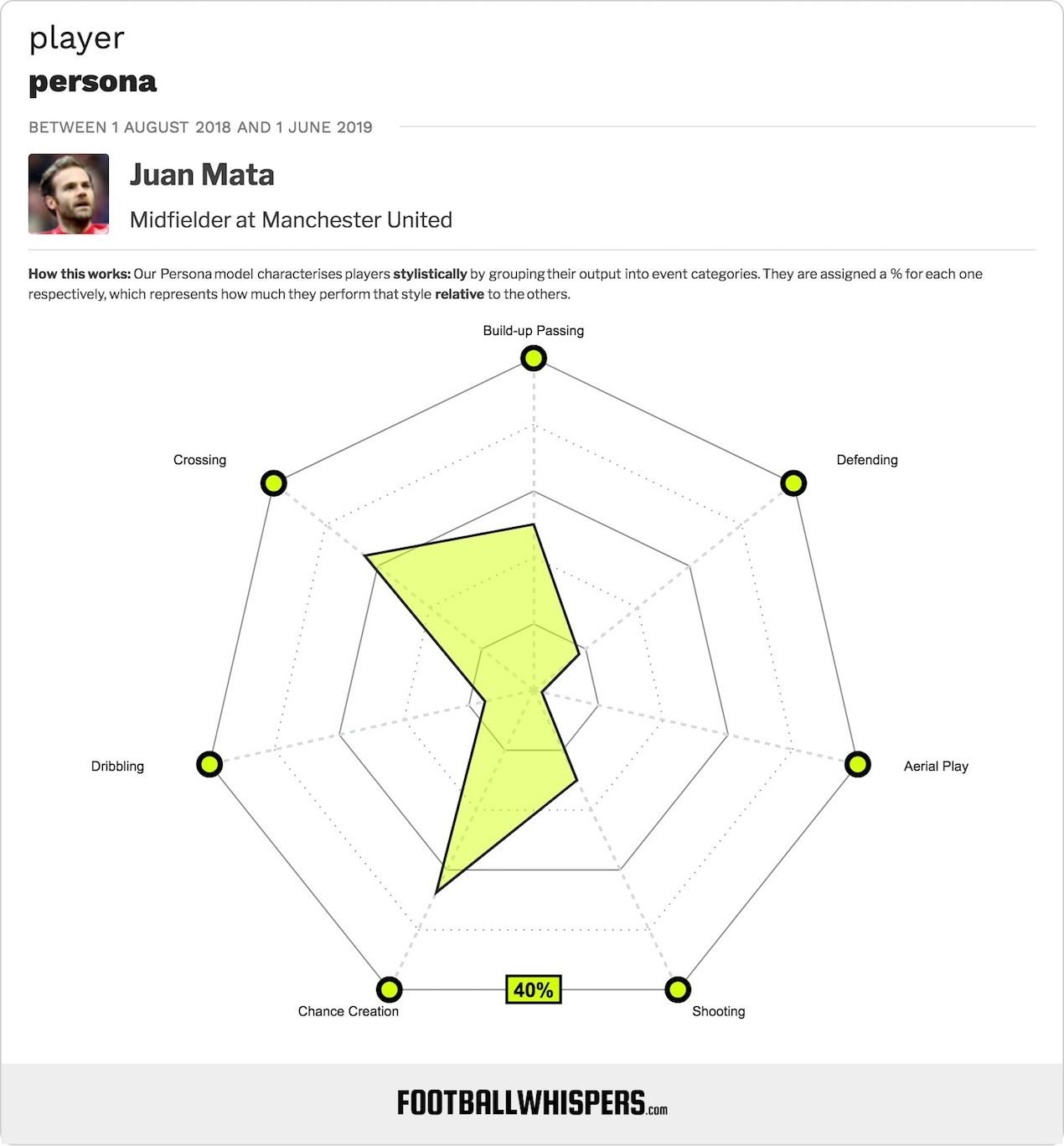 United are 6.30 with RedArmyBet to beat Liverpool at Anfield*

From there, he has the vision to slice opposition defences open with killer passes, the technique to threaten goal from range and the intelligent movement to break ahead of the ball and into scoring positions.

United, as a team, have had their desire and commitment questioned of late, with certain individuals signed out for the harshest of such accusations. Mata cannot be included in any such criticism however; he understands perfectly the fans’ demand for attacking football and is one of few in red who consistently help Mourinho’s men foster a more eye-catching style.

“They score so we needed to keep ourselves going and try to score again, which we did,” Mata told MUTV after the win over Fulham. “It’s always important to be focused 90 minutes because by doing that we will be a better team.

“A performance that the fans I think they have been waiting for and we know that we have to do this more often.”

With a trip to Anfield to face unbeaten table-toppers Liverpool on Sunday afternoon, Mourinho should be putting more faith in Mata.