Mourinho And Pogba Set For Make Or Break Season

After success with France at the World Cup, Pogba was given an extended break.

It was in late January of last season when Jose Mourinho’s relationship with Paul Pogba appeared to fracture. The Portuguese raged on the touchline at his French midfielder as United capitulated pathetically at Wembley against Tottenham. It was a match in which no-one in a red shirt performed, including Pogba’s midfield companion Nemanja Matic, but his manager’s ire was focused on the club’s record signing. The following week he was dropped against Huddersfield Town at Old Trafford and whilst the player was soon restored to the starting lineup the relationship between the two men, according to the midfielder himself, remains patchy.

The battle of wills led to intense debate between supporters, some of whom backed the player, others Mourinho. A few in the latter camp who had perhaps not seen much of Pogba at Juventus suggested that it might be the case that the player simply wasn’t as talented as many claimed him to be.

United are 20/67  to finish in the Premier League top four next season with RedArmyBet.com

It was an angle that was, to a degree, understandable if previous exposure to the midfielder’s gifts had been limited, but even in his time at United Pogba has shown enough to make the extent of his natural ability apparent to all. Whatever the reason for his malaise, it was either linked to a personality clash, personal problems, difficulties focusing on the task at hand or a combination thereof. Given that his father was terminally ill and passed away in May this year it would be hard to imagine anyone being able to concentrate entirely on their game.

Check out the latest United odds including specials and outrights with RedArmyBet.com 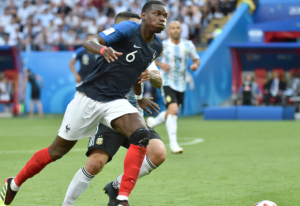 Any doubts about the player’s talents have, however, surely been quashed by Pogba’s performances at this summer’s World Cup, where he excelled as France won the tournament. Croatia’s Luka Modric won the Golden Ball, but the United player was arguably as influential, rounding off his month of excellence with a goal in the final. Under Didier Deschamps, who had previously struggled to harness the midfielder’s talents, Pogba performed in a counter-attacking system with defensive discipline and offensive intelligence whilst paired with Ngolo Kante or Steven Nzonzi in the French midfield. Mourinho will doubtless have been impressed, whilst also being understandably quizzical as to why he had been unable to elicit similar levels of performance in the second half of last season. This is his star signing, on whom he staked a huge fee in his first summer as United manager, and it will undoubtedly be a source of frustration as to why he has been unable to fully harness the ability of one of the world’s most gifted players.

However, whilst most fans and pundits have only really attempted to assess the fault lines in the relationship between the player and manager from the point of view of the latter, it is also worth trying to explore why this has been a mutually difficult period for both men. Pogba joined United from Juventus, a winning machine where he had amassed four Serie A titles and had appeared in the Champions League final. He will have understood upon his move back to Manchester that he was joining a team at a low ebb, which needed rebuilding under their new coach, but will likely have had a realistic expectation that that might have happened somewhat more swiftly than has ultimately come to pass.

Mourinho invariably wins titles in his second year, but at United such an outcome has never looked likely and by the time of that Tottenham Premier League game in January City were already out of sight at the top of the Premier League. As much as Mourinho was not unreasonably frustrated at his most talented player not reaching the level he surely believed he can – and he is right to expect more of Pogba than other squad members – the player also had good reason to be disappointed by his manager’s performance, particularly given the stilted, disjointed football the team produced all season. Throw in injury problems and his father’s passing and it is not hard to understand why there may have been a drop-off in performance and focus.

United are 13/2 to win the Premier League next season with RedArmyBet.com

With Pogba now a world champion about to enter the third year of a five-year contract and Mourinho all too aware that excuses will not wash if United don’t challenge at a higher level this coming season, it feels like this is a relationship that could make or break the near futures of both men. If the Portuguese cannot find a way to unleash the ability of his biggest star then it is hard to imagine success being achieved, a failure which would surely be the beginning of the end for the manager and would likely push the player towards the exit door, a disastrous outcome at a time when United can ill afford to lose any of its small clutch of world class talents. As Chelsea are discovering with Eden Hazard, a want-away player with only two years on his contract is a headache that is best avoided. To hold on to a star in those circumstances, particularly one with Mino Raiola as his agent, would not be easy. 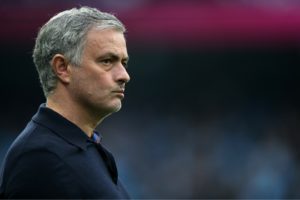 A failure to challenge is, therefore, not a situation manager, player or club will want to countenance, but to avoid it happening Mourinho and Pogba are going to have to work together to draw out the best from each other. Their fallout mid-season was untimely but understandable given the team’s struggles, the pressure on both and the potential disappointment they felt about the other’s performance in their second season together. Both must do better and the United manager will be delivered a player, when he returns from his holiday in a few weeks, high on success and full of confidence. Both need to harness that positive energy, particularly if United continue to struggle in the transfer market, or a title challenge is unthinkable. Perhaps it is time for both to hit the reset button, forget last season and attack the 2018/19 campaign afresh with uncluttered minds. It could go either way, but if Paul Pogba does ultimately fail at United no-one can now claim that it is because of a lack of raw talent.

United are 7/1 to win their first four games of the season with RedArmyBet.com