Midfielder has been linked with a January move away

As cliché as it sounds, just over 12 months ago Ander Herrera had played his way into the hearts of Manchester United fans and was even being discussed as a potential long-term captain.

The post-Ferguson landscape at Old Trafford has often been frustrating, not just because of the lack of consistent quality and memorable performances on the field but because of the overall identity of the team as a lack of squad planning has left to a patchwork quilt of a side.

David Moyes, Louis van Gaal and Jose Mourinho had added their own pieces and tried to impact a personality on the side but, ultimately, for the last five years United on the field haven’t really stood for anything and as a result, fans haven’t truly embraced individual players. But they did embrace Herrera, which is why many in the Stretford End would be sad to see him leave.

Here, with the midfielder linked to AC Milan, our friends at Football Whispers look at why letting Herrera leave could end up being a mistake.

Man Utd are priced at 2.40 to make the top four with RedArmyBet *

On the field, Herrera has combined craft with competitiveness to often get a crowd on its feet, exuding an understanding of the culture and history of the club.

The best and most beloved United players have always achieved that. Eric Cantona is the most obvious example and Herrera showed glimpses, on and off the field as an excellent speaker, that he had that appreciation of history and what was required in a red shirt. 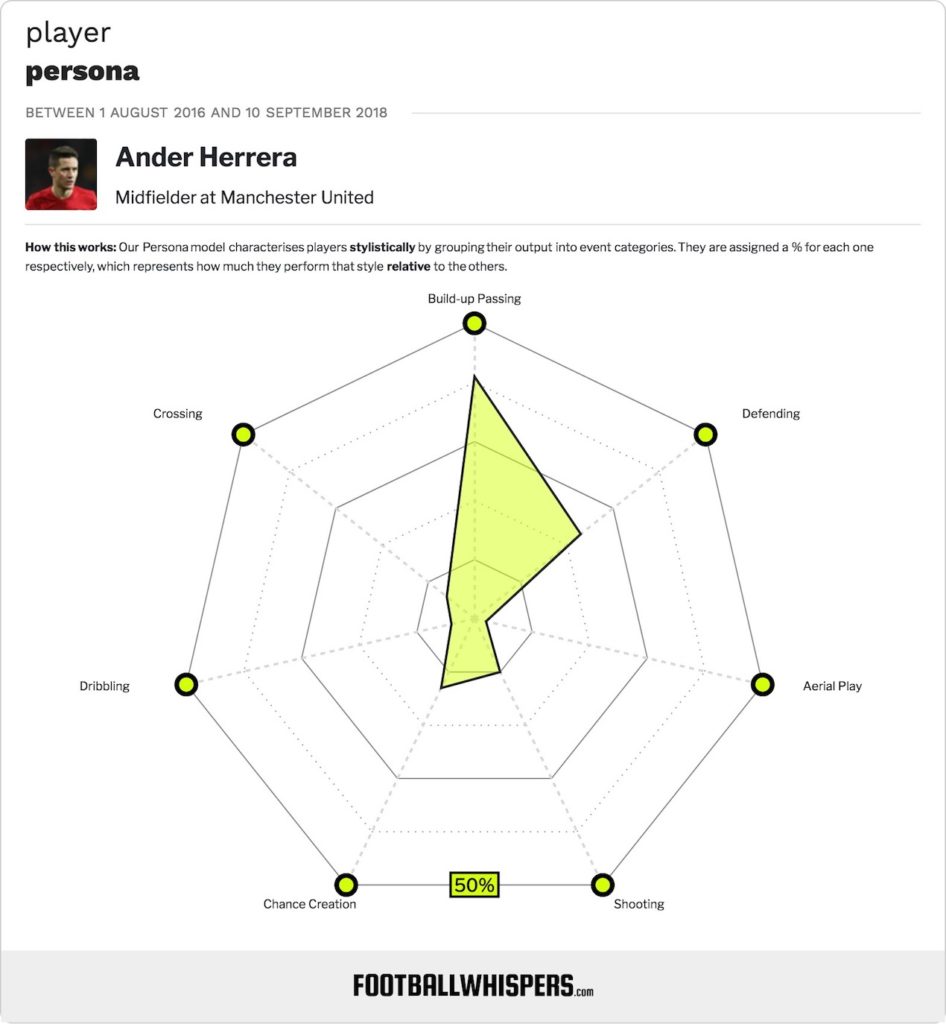 As a “big game player,” he tended to reserve his best performances for matches against the Premier League’s elite sides and his all-action, energetic and combative approach was something supporters could invest in.

But just as he seemed on the cusp of greatness, the Basque faded into obscurity and the season with which was supposed to be his confirmation as the club’s new leader turned into one of frustration as he made just 13 Premier League starts and became a player to introduce off the bench and contain a game, rather than influence it.

Matters have scarcely improved this term with the 29-year-old not even considered a midfielder anymore as Mourinho decided to radically field him as a third centre-back in the Tottenham debacle at Old Trafford.

With Herrera out of contract next summer and no sign a contract forthcoming it’s no surprise to see him discussed as a potential sale in January to Milan or a return to his beloved Athletic Bilbao.

But given where he was in 2017 it seems such an utter waste and with no injury record to pinpoint, considerable loss of form, at least no worse than anyone else, or behaviour issue, it’s difficult to assess just where it’s gone wrong.

There have been reports that he invited a friend who was close to Celta Vigo to Carrington on the eve of their Europa League semi-final with the Galician club which angered his manager but that still seems a trivial incident to completely ruin his United career.

Certainly, the arrival of Paul Pogba didn’t help his cause. The Frenchman demanded not only a place in the starting XI, limiting Herrera’s opportunities, while requiring a defensive shield to play his best football.

With Nemanja Matic a Mourinho signing and favourite of the manager, that didn’t leave too many opportunities for Herrera in the side and this summer’s arrival of Fred plus the return of Andreas Pereira on loan has only increased competition in his position.

Fred is in many ways similar in style to Herrera but is four years younger, considerably more fashionable (£52million signings tend to be) and is, crucially, a Mourinho signing, whereas Herrera is a remnant of the LvG era.

Herrera is one of the few players who has continually gone public about the positive effect the Portuguese has had on his game, the club overall and defended his manager for some of his choices of words in criticising the team. Yet he remains out of the picture.

It’s an odd set of circumstances and one United could come to regret because the further Herrera gets away from the first-team picture and potentially even the club, the more the absence of him as a player is felt.

Back Man Utd to win their next three Premier League games at 5.50 with RedArmyBet *

Putting aside the aforementioned symbolism, he is a deeply intelligent footballer who is positionally excellent and is exactly the sort of individual Mourinho craves; an unselfish teammate who will rigidly stick to a gameplan.

In many ways, he is a manager’s dream, capable of playing expansively on the front foot or containing the opposition, his man-marking job on Eden Hazard in April 2017 serving as Exhibit A in showcasing his diligence in defensive situations.

Which is what Mourinho wants from Pogba and has demanded of Anthony Martial, yet the man who can set these players the example sits on the bench with a 10-minute cameo here and there while watching Marouane Fellaini become a more regular midfielder weapon.

Clearly, Mourinho has lost all trust in the player and unless the Portuguese is to leave the club in the next three months, Herrera will be free to talk contracts with potential suitors and United fans will be left thinking what was, what could have been and, probably, what should have been.