Mourinho Needs to do More Than Bringing in New Faces

Not that this article will ever find its way into the hands of Manchester United’s current manager, but the idea of Jose Mourinho reading this, or any other similar piece of writing that might offer suggestions on how to do his job next season is enough to elicit a hearty laugh. Imagine the look of disgust that would spring forth from his face at the mere idea that any odd hack could offer proposals to make his third year at United a success. He won the Champions League, don’t you know! Twice! Not with his current club, of course. Oh, no. United fans should be used their club being rubbish in Europe with their record, don’t forget.

In all seriousness, it’s difficult to know how to approach this next season under Mourinho’s stewardship, whether to have hope or bathe in grim realism. Not because the former Chelsea boss has suddenly turned into a hack, but purely because it felt as if United hit a pronounced wall under his management last season, and any feelings of enthusiasm or hope that his team can compete with Manchester City are intrinsically tied to how much Mourinho is willing to address his own shortcomings, as much as his team’s.

Any Manchester United player to score in the World Cup final is 7/1 with RedArmyBet.com

Because we can talk about players not turning up as much as we like, and in the interest of balance, plenty did last term; Alexis Sanchez struggled so deeply after his move from Arsenal in January as to appear more of a hindrance than help, Paul Pogba’s form fluctuated frequently, and this is a United side that somehow managed to go from beating a record-breaking Manchester City on the afternoon of their coronation to losing to the Premier League’s basement side in the space of a week.

Fluctuations like that, United’s flat performance in May’s FA Cup final and that dismal Champions League exit to Sevilla can’t simply be explained away by suggesting that the players ‘didn’t fancy it’. Too often, this side retain an old standard of Louis van Gaal’s time in charge, in that they far too often appear too timid and overly cautious for their own good. In a team filled with attacking talent, United remain a pensive side, often more reactive than proactive, and despite a wonderful, goal-filled start to last season, Mourinho fell back into old, pragmatic habits as soon as his players started to struggle to break teams down. 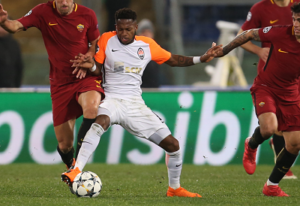 So what to do? Well, United’s transfer business this summer has been mostly positive. The purchase of Fred from Shakhtar Donetsk could be huge as a means of freeing Pogba up to stretch those magical legs of his, and whilst Diogo Dalot will surely be more understudy and starter, the realisation that an over-reliance on Antonio Valencia at right back was less-than ideal is welcome, and the 19-year old will be able to make an impression. Hopefully, the purchase of Fred is more than an exercise in increasing United’s midfield options; hopefully, it will bring the best out of the man that the club brought back from Juventus for all of that money, and allow him to flourish.

But that’s just it; ‘hope’ is the operative word. At present, there are expectations, but nothing approaching certainty when it comes to wondering what the Portuguese manager will deliver next season. Mourinho spent far too much time picking fights and publicly criticising his players once it became clear that the Premier League was a one-horse race, and his second season at the club petered out to nothing with his best players underperforming and no silverware to show for it.

Mourinho was able to succeed at Chelsea, Inter Milan and Real Madrid due to the seemingly unwavering support of his players during their best seasons, but as his disastrous last few months at Stamford Bridge proved, if the man doesn’t get what he wants, then he is capable of whipping up an almighty stink. The toxicity that emanated from the then-reigning Premier League champions in 2015 was palpable, and there have been hints in Mourinho’s comments this calendar year that point to a dissatisfaction with his players and his board that could easily end up with a spectacular implosion if things in this third season do not go his way.

There’s always been a stubborn element to the man, but his impatience with his own charges during his United tenure has been remarkable. Henrikh Mkhitaryan lasted 18 months after his transfer from Borussia Dortmund before being jettisoned, Eric Bailly is easily the club’s best centre back but appears to be too entertaining for his manager and the way in which the likes of Marcus Rashford and Anthony Martial have been hung out to dry after sub-standard performances has been needlessly brutal. The intended effect of his public rinsing is to supposedly separate the men from boys, and show who will walk through walls for him, but how often has it honestly worked? And how often can it continue before Mourinho alienates the majority of his charges, as we’ve seen in the past?

Belgium vs Japan – Lukaku to score a header is 13/2 with RedArmyBet.com

Simply put, Mourinho cannot bulldoze his way through this next campaign if he can’t manage these players better. Keeping an entire squad happy is impossible, but the club risks alienating a lot of its talent if the man they employed to lead them continues to interact with them in such a needlessly combative fashion. Some awareness, some man-management and some patience in this group of players, especially the younger ones could make all of the difference, even if such a progressive approach feels unlikely from him at this stage.

Tactically, changes must be made, too. Marouane Fellaini’s new contract potentially confirms Mourinho’s desire to stick with old habits, but lumping the ball to the big Belgian when United need a goal is far from a flawless strategy. United spent large chunks of last season attempting to string bits of magic together in attack, and hoping that Romelu Lukaku would get on the end of them; surely, that won’t cut it if this team wishes to reach the top of English football again. Mourinho needs more ideas, his players need more freedom, he needs greater flexibility when Plan A may fail and better Plan B’s than hoof it to the tall bloke. How about better full backs, who can support our wide players and can give Lukaku the service that he deserves? Or giving Lindelof and Bailly, arguably the team’s best ball-playing centre backs an opportunity to form a partnership? Small changes, yes, but ones that could potentially alter everything.

United to win the Premier League next season is 23/4 with RedArmyBet.com

And if that happens, who knows? Perhaps this group will enjoy playing under him again, and we’ll see a return to that lethal, enjoyable football that marked the start of United’s last season. It’s also worth noting that Mourinho has taken this club to three finals in two seasons; imagine what he could do with a team singing from the same hymn sheet.

If this sounds like a diatribe against the United manager, then know that it comes from a position of wanting Mourinho to succeed at the club. But after two seasons, with progress to the latter stages of the Champions League essential and a gigantic gap to bridge with Manchester City, simply buying a few more players and hoping that this complex puzzle will suddenly start to make sense seems fanciful. From top to bottom, United must offer more. Here’s hoping that Mourinho can deliver that.

RedArmyBet are the only bookmakers who share 50% of net profits directly with United fans.