Jordan takes a look at United's victory over Barnsley 21 years ago today.

It wasn’t unusual for Manchester United to completely dominate games at Old Trafford under Sir Alex, scoring plenty and brushing teams aside without sweat.

Unfortunately for them, the full-time whistle couldn’t have come sooner as the match finished 7-0 to the Reds.

It looked all but over for the away side at half-time, as a first half Andy Cole hat-trick along with the first of two goals from Ryan Giggs gave the Reds a 4-0 lead going into the break. Another goal from Giggs, and goals from Paul Scholes and Karel Poborsky sealed the win, moving the team to the top of the table at the expense of Arsenal. 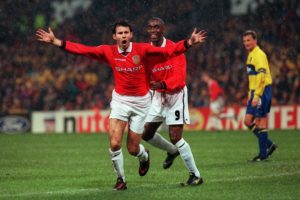 The Reds remained at the top spot for most of the season but lost out due to two consecutive draws against Liverpool and Newcastle. Despite being top for so long, Arsenal claimed the title by just a point, meaning the season would end without a trophy.

Just a week before the rout of Barnsley, the Reds were knocked out the League Cup after a surprising 2-0 loss away to First Division side Ipswich.

Exactly four months after the 7-0 defeat, Barnsley got their revenge on the Reds, knocking them out of the FA Cup in a 3-2 win in the Fifth Round Replay.

At the time of being knocked out, there were increasing hopes of a famous trophy treble. The team subsequently went out on away goals to Monaco just a few weeks later in the Champions League quarter-finals.

Looking into the future of what happened to each team following the 7-0, the Reds are still competing at the top of the Premier League, however they haven’t won the league for five years.

Many of the United players on the pitch that day ended their careers as United legends. The now famous “Class of 92” all featured in the game, alongside other legends such as Peter Schmeichel, Gary Pallister, Andy Cole and Ole Gunnar Solskjaer. 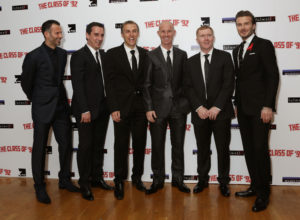 Barnsley, however, now find themselves in League One, or what would have been the Second Division in the late 1990’s.

Barnsley’s squad included Neil Thompson, who now coaches the U23’s at Sheffield Wednesday, legend Neil Redfearn who had a spell as manager at Leeds United and Nicky Eaden who now manages in the National League North.

Ashley Ward, who can now be found on your television screens as his wife dominates the reality TV world, has his own luxury property development company. Ward has designed homes for the likes of Wayne Rooney, Georgi Hristov (the second highest scorer in Macedonia’s history) and Darren Sheridan, who recently managed Salford City.

This win, and the following seasons of success meant that the team could develop and grow, helping to rejuvenate the term “Fergie’s Fledglings”.

That paired with a bit of help from Alan Hansen saying “you’ll never win anything with kids” after a 3-1 loss at the start of the season, clearly proved their worth with victories such as the 7-0 win over Barnsley.

The following three victories were all won by three goals or more, and despite the season finishing trophy less, this young side were just getting going.

Manchester United Have Taken Over The World [Cup]