Jordan takes a look at the career of Sir Bobby, 62-years after his debut for the Reds.

If you had to talk about any player who had a unique and legendary career, many would mention Sir Bobby Charlton, who quite literally looked death in the face to become the Reds’ greatest player of all time.

This weekend, it will be 62 years since an 18-year-old Sir Bobby made his professional debut at Old Trafford, bagging two goals in the process against Charlton Athletic in a 4-2 victory. It was later revealed that he played throughout that game with an ankle injury, keeping it disclosed from then manager Sir Matt Busby

17 years, 758 appearances and 249 goals later, Charlton is widely regarded as one of the greatest midfielders of all time.

Charlton was dedicated and committed to making his first appearance, which essentially began the start of an incredible career. He ended his first season with the Reds with a First Division title to his name, and 12 goals in just 17 appearances.

Subsequently, this led to Sir Bobby becoming an established member of the team, which later became known as the Busby Babes.

However, following a European Cup match with Red Star Belgrade, Charlton and his teammates were involved in the Munich Air Disaster, which claimed the lives of 23 people, including eight Manchester United players. 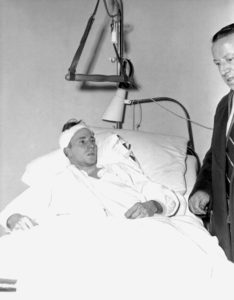 Charlton in his hospital bed after the crash.

Charlton, who was just 20 at the time, survived with minor injuries after being saved from the wreckage by teammate Harry Gregg.

During the flight, Charlton and Dennis Viollet swapped places with Tommy Taylor and David Pegg, who felt safer at the back of the plane. Charlton and Viollet both survived whereas Taylor and Pegg were two of the eight who lost their lives.

In a BBC documentary, Charlton said: “I was just lucky and sitting in the right place.”

Sir Bobby returned to football less than a month later, hoping to resume his career and inspire the Reds in to remaining a top English team despite the disaster. Rebuilding his career and United was something he knew they had to do. Charlton said:

“I fell in love with Manchester United in the short time I was there…I wondered what would happen, I wondered how we would be able to recover but recover we had to do. We had to make the effort.” [BBC]

Less than three months after the disaster, the Reds made it to the FA Cup Final but succumbed to a 2-0 defeat to Bolton thanks to forward Nat Lofthouse.

With years of rebuilding and restructuring underway, it wasn’t until 1963 when Charlton would receive his next major honour in the FA Cup. Busby’s rebuilding continued with the Reds winning the title in both 1965 and 1967.

At club level, Charlton finished the 1966 season without a domestic trophy. 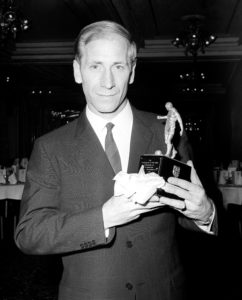 Charlton with his Footballer of the Year award.

Charlton also was an integral part of the England team which claimed their one and only World Cup trophy. One of his greatest days in a football shirt occurred in the semi-final against Portugal, scoring two goals to send England into the final against West Germany.

In 1968, 10 years after the Munich Air Disaster, the Reds reached the European Cup final, becoming the first English team to do so.

Playing at Wembley, Charlton scored twice in a 4-1 extra-time victory over Benfica and lifted the trophy as captain of this remarkable side, who just a decade before were involved in a terrible tragedy. 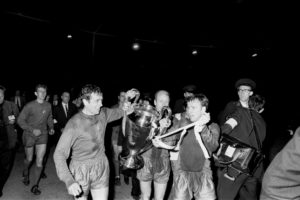 The Reds, unfortunately, became a side battling relegation rather than for the league title in the following years. Sir Bobby played his final game at Stamford Bridge before eventually joining Preston North End as player-manager.

His legacy remains as the greatest United player of all time, and arguably the greatest midfielder in the history of football.

The South Stand at Old Trafford has been renamed after him and a statue, the United Trinity, was erected in order to recognise the work that Charlton, George Best and Denis Law did for United. 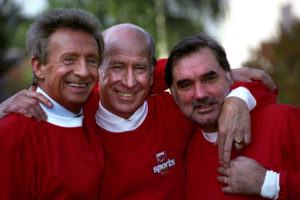 Not only did all three have important roles in the Reds winning the 1968 European Cup (although Law was sidelined with an injury), but all three were Ballon d’Or winners, scoring over 600 goals for United between them.

Now on the board of directors at the club, Sir Bobby Charlton has been involved for over 60 years and is undoubtedly a club icon.