We tell you everything you need to know about United's opposition as they face Cardiff in their final game of the season.

All you need to know about Cardiff

Cardiff’s squad may be short on quality but they’ve put our lads to shame in terms of effort and application this season. Had he been fit, we would have focused on influential centre-back Sol Bamba as despite his primary concerns being in the defensive third, he’s only one goal shy of their top scorers this term with four to his name.

Another of those with four goals for the season is Callum Paterson, a right-back turned striker who picked up the clubs’ young player of the year award on Sunday night for the second season running, though he too has missed the tail end of the season with an ankle problem.

Instead, it’s another award winner we’re zoning in on, with goalkeeper Neil Etheridge winning the fans’ player of the year gong. Only West Ham’s Fabianski (140) has made more saves than the Philippines international this term (127), while he’s registered the joint-highest penalty saves (three) with Everton’s Jordan Pickford.

For a relegated team, nine clean sheets from 37 appearances isn’t too shabby either. To put things into perspective, Huddersfield and Fulham managed just five shutouts apiece, while last term the relegated trio of Swansea, Stoke and West Brom managed a combined 25. 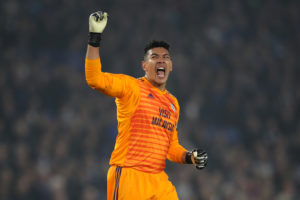 Like many teams coming up from the Championship before them, Cardiff have attempted to bridge the gulf in quality with physical prowess and as often happens in such teams, you’d expect the wingers to do well in terms of assists as they’re often seen whacking it over to the big man in the middle via the aerial route.

However, Junior Hoilett has set up just the solitary goal this campaign and even a pair of wonder strikes versus Wolves and Watford can’t disguise the fact he’s had a poor time of it.

The Canadian international only has one successful effort in his last 17 appearances, but he’s just signed a new contract and should enjoy a more fruitful season next term back in the Championship, which is really where a player of his limited talents belongs. 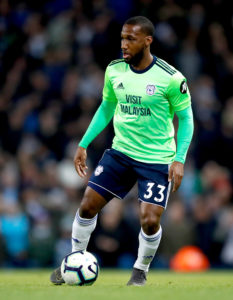 Just because they now only have pride to play for pride, Neil Warnock won’t be ringing the changes and they’ll attempt to give their fans something to shout about to end the season on a high note. They overachieved in promotion last term and did well to stay in the fight for survival so long, though ultimately they probably would have fared better had they been more adventurous on occasion.

Even when travelling to Huddersfield in just their third game of the season, one of the games they would have surely earmarked as a possible three points, they were unable to muster an alternative vision.

More recently, with the need for maximum points increasingly urgent, they just weren’t ambitious enough in their last road trip at Fulham and subsequently fell to a 1-0 defeat. It’s perhaps of little surprise then that five of their last six matches have seen fewer than three goals, and a resolute defensive effort will surely be the order of the day.